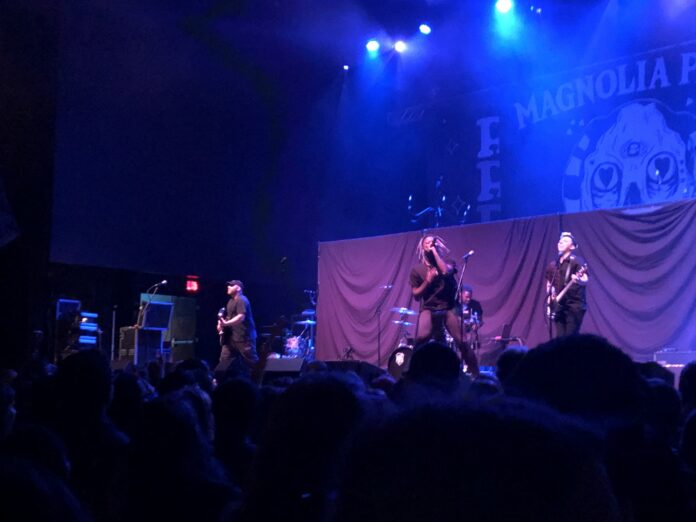 If you had grown up in the late 2000s and early 2010s, your emo teenage daydream would have come true at Stage AE this past Saturday. Mayday Parade was touring and stopped with their heartstring-pulling orchestra in Pittsburgh. 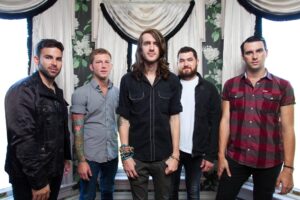 Eleven years ago, Mayday Parade had released their self-titled debut, and to musical acclaim around the pop-punk crowd. A work full of dire cries from the heart at the terrible predicament of losing someone you love. As it was patiently awaited and looked forward to coming out in 2011, this crowd at Stage AE was awaiting their pop-punk dream team. The crowd almost looked like an ocean with how much blue hair dye was in the crowd.

Just as electric as the day they wrote it, the veterans of despair and emo dressed up in suits that they wore when the album came out. They performed the album through and through the way they did over a decade ago. But even though their performance still held up, it was still lighting fast, sweet, sad, and melancholy beautiful at each step.

Piercings, tattoos, kids, and adults up off their feet throwing their fists in the air as the chorus of Stay kicks in. Derrick Sanders’s honey-sweet, sad voice pulls everyone in to hear the pain a heartbreak can do to someone.

They might not have had any big hits or critical acclaim in the past few years, but these guys through and through are a rock band. Regardless of the genre, pop-punk gets a bad rap for being whiny and dramatic, but these guys can play and make a show a party. Even if you did not know who they were while there. You could still get down with the crowd and surf the sea of blue hair and piercings till your heart gave out.

Not only was the headliner Mayday Parade kicking it into high gear, but so were the opening acts. Magnolia Park, a newer pop-punk band, signed to Epitaph records were the first to play, and they set the stage for the rest of the show. Their lead singer and drummer made the crowd get up off their feet, keeping things in motion. They are playing some favorites of theirs and some new tunes they have been working on.

After them, it was Real Friends, who are a little softer in the genre but still turned up the heat and got the crowd to sing along. With a ballad-like I’m Giving Up on You, the crowd in unison knew the words, and people turned to one another and sang right in each other’s faces. They were screaming the aches of whoever made them feel the way they do in a beautiful moment where everyone could connect.

At the same rate, a genre beloved and hated came out to the 412 for a tremendous display of showmanship and musical talent. The rejects and lovesick wannabes came together to get an ounce of catharsis out of whatever was blaring in the amplifiers—a beautiful and loud moment for anyone that showed up to Stage AE.