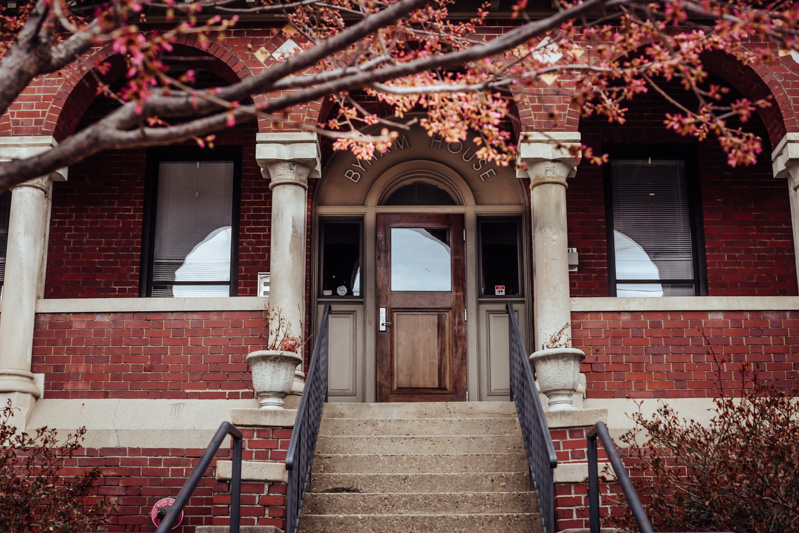 Achieving the perfect arabesque or brisé is hard enough. Doing it far away from home is even harder. For full-time pre-professional dancers at the Pittsburgh Ballet Theatre, comfortable living and access to Pittsburgh’s cultural opportunities is second nature. Now known as Byham House, the residence has a quite tumultuous (and interesting) history as part of the former St. John the Baptist Catholic Church in Lawrenceville.

The foundation of the present-day home is rooted in the Scots-Irish Catholic community of late 19th century Lawrenceville. The St. John the Baptist Parish was founded in 1878, though construction of the present-day church at Liberty and 36th Street began on June 1, 1902. The rectory and clergy house (currently the Byham House) was constructed in 1923 in association with the church parish for preservation of parish documents and to serve as a residence for ministers of religion, including priests and other parochial figures.

The church’s early years were quite the struggle. In 1915, the church suffered significant damage as a result of a major fire and required extensive and expensive repairs to the sanctuary. Many younger members of the church served (and perished) in World War I & II, which affected the size and operational functionality of the church community. In addition, the economic depression of the 1930’s plunged the church into borderline crippling debt. Despite this, St. John the Baptist maintained its commitment to helping the needy of the Lawrenceville borough. Clergy members were known to welcome impoverished individuals and families into the parish house throughout the church’s open period, providing shelter for those requiring it, especially during times of extreme need in the city.

Beginning in the 1950’s, the slow decline of industrial production and strength in the area produced a critical demographic change in the community. Younger people could no longer find work in the local mills, so they were forced to move elsewhere. Membership in local churches declined and aged drastically. Lawrenceville itself transitioned into a community without an identity. The church parish could no longer afford the expensive costs of operating so many churches, and thus closed St. John the Baptist on August 6th, 1993, after consolidating three other local churches.

The clergy house and rectory remained in disarray and staggered use for much of the next ten years. Pittsburgh Ballet Theatre acquired the property in October 2009 for an estimated cost of $290,000, with assistance from William and Carolyn Byham and other major contributors. Additionally, the house required $690,000 worth of updates ranging from a sprinkler system, new carpets, and other renovations. Byham House itself serves as the first initial phase of expansion for PBT and its dance program, as fundraising and economic preservation efforts have successfully contributed to new facilities, including the new Pittsburgh Ballet Theatre dance studio expansion in 2016.