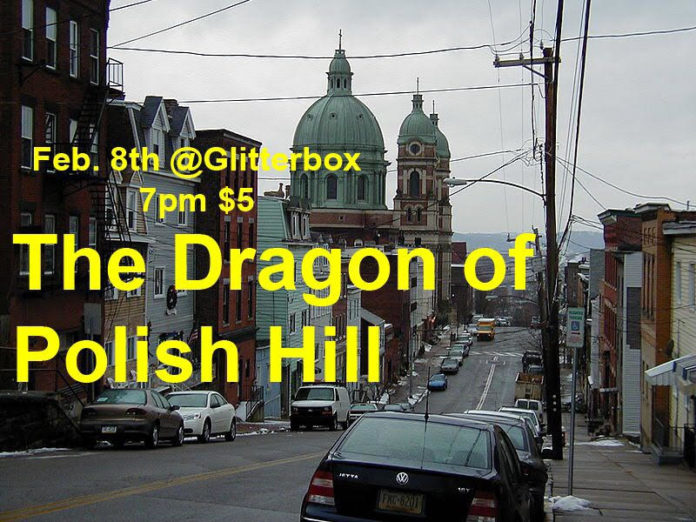 On February 8, The Glitterbox Theater will welcome a night of polka, punks, and puppets. “The Dragon of Polish Hill” is an original puppet play in the making. This will be the first version before touring other cities. 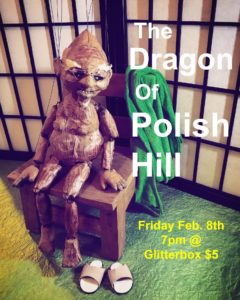 Pittsburgh puppeteer Dave English and Austin-based puppeteer Will Schutze will combine live performance, music, puppets, and video to tell the authentic story of Stanley Onion, the oldest man in Polish Hill who is made from onions. Onion’s co-star will be Willy James, the newest resident of Polish Hill. The story is about the colliding of cultures in a transforming urban neighborhood. 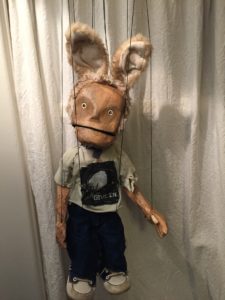 English is a Pittsburgh area native and resides in Polish Hill. He is the president of the Puppetry Guild of Pittsburgh and has been performing for almost two decades. English was able to obtain new marionette skills from a 2018 Artist Opportunity Grant, which you will see used at this show.

Original music for the prerecorded version of the show will be provided by Pittsburgh-based band The Upholsterers.

Admission for the event is $5 with a suggested audience of 12 years old. Doors open at 6 p.m. with the event starting at 7 p.m. And due to high ticket demand, a second show has been added at 9 p.m.