BEWARE … Frankenstein’s Monster is back … and he’s brought his creator with him.

No, not Victor Frankenstein, the fictional scientist popularized in the famous Gothic horror tale, but the actual non-fictional author of the original Frankenstein novel — Mary Shelley.

Frankenstein, the new play by Pittsburgh horror/sci-fi author Lawrence C. Connolly, gets to the roots of the story conceived on a misty evening in June, 1816, when a group of young English travelers in the Swiss Alps challenged each other to write an amusing ghost yarn.

18-year-old Mary Shelley topped them all, expanding her initial draft of an alchemy experiment gone very wrong into a full-length novel published in London two years later as Frankenstein; or, The Modern Prometheus, considered today to be the first genuine science-fiction story.

Suitable for ages 13 through adult, it’s an innovative twist on the Prime Stage Theatre mission of bringing Literature to Life.

LAWRENCE C. CONNOLLY’S writing has been published since the early 1980s in top fantasy, horror and science fiction magazines and anthologies including Amazing Stories and Rod Serling’s Twilight Zone Magazine. His novels include the Veins Cycle series (Veins, Vipers, Vortex), and his screenplay This Way to Egress, co-authored with director David Slade, is featured in the Nightmare Cinema anthology currently streaming on AMC and Shudder.

Recently, he took time out from a busy rehearsal schedule to talk with LOCALpittsburgh about adapting a literary classic to the stage.

L.E. McCullough: When you received the commission from Prime Stage Theatre to write an adaptation of the Frankenstein novel, how did you approach it? Over the last two centuries there have been endless variations. What could be new?

Lawrence C. Connolly: Right away I thought I should frame it within Mary Shelley’s story. The play then becomes a story of two creations: the creation of the novel and the creation of Victor Frankenstein’s creature. I’ve always been intrigued by how Mary Shelley’s story seems to be a metaphor for the writing process. She uses Victor Frankenstein as a stand-in for the writer and the creature as a stand-in for the writing process. The more I thought about it, the more clear the connection became. What if we start the play on that night? The night Lord Byron issues the challenge for everyone to write a ghost story, the night Mary visualizes Victor Frankenstein and the Creature. So we start with her telling the first draft of the story. And since she’s telling it in one night, it’s much more compact than the eventual novel. It’s the novel cut to the bone.

LEM: After all this time, why do you think people find the Frankenstein story still so appealing?

LCC: Because it makes itself open to so many interpretations. It’s not just a novel about a monster. It’s a novel about what it means to be driven to create something. At the core of the novel is the message: as people, we need to dream big. We need to think of impossible challenges. Mary Shelley at age 18, her impossible challenge was to write a book and write a story no one has heard before. That takes a lot of desire and requires a person to dream big. She stood by her dream. Even when people thought it was scandalous or blasphemous, she stood by her dream.

And yet Victor Frankenstein does not stand by his creation. His creation is born, and at that point Victor looks at it and says, “That’s not what I had in mind.” He immediately disowns it. The creature goes out into world, takes on its own life, starts causing trouble for Victor Frankenstein. When we send our novels or other creative work out into the world, we may no longer control them, but we need to stand by them.

LEM: Frankenstein is more than a horror tale …

LCC: In our time, it’s meaningful because we are on the cusp of truly creating fully artificial life. But it’s not just about a scientist. It’s about anyone who dreams big and has the courage to stand by their dream and see it through to completion — and let it take on a life of their own. That’s why the Frankenstein story resonates today.

LEM: The narrative in the original novel wanders quite a bit. How did you get it to fit into a live stage format?

LCC: Yes, the language and syntax from that time were so different. Very different from how a novel tells a story today. Not only sentence to sentence, but the structure of the paragraphs and the entire novel are quite different. I was visiting North Allegheny High School recently, and I read the class a passage from the novel. When you do that for an audience, you can intonate it. You can pause at the right places. You can give emphasis on certain words, and it’s easy to follow. The drama is there, you just have to bring it out.

LEM: What makes Frankenstein still so compelling to audiences today?

LCC: We are very concerned about technology and artificial intelligence. We’re very good at creating things, but we often don’t consider the outcomes until after it’s done. And once we create something, there’s no getting rid of it. It’s in the world. That’s what Frankenstein is about. You have to face and take responsibility for what you’ve created. And, unlike the movie versions, in the novel the Creature does not die. He says he’s going to kill himself, but the novel doesn’t show it. He just disappears into the darkness. 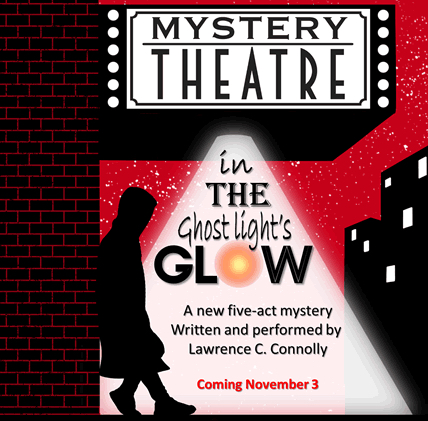