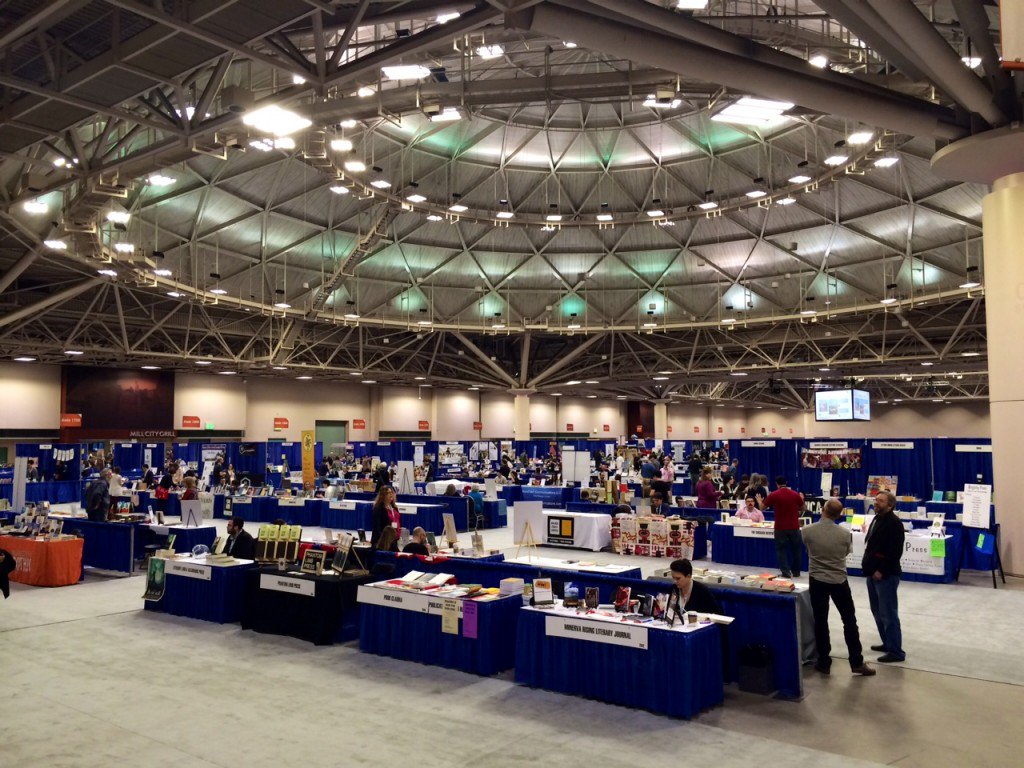 Pittsburghers are known to represent their hometown wherever they are. It’s not uncommon to hear sports commentators marvel at the number of Steelers fans at away games; and in that spirit this past weekend, a number of Pittsburgh’s best poets, essayists, and fiction writers traveled to Washington DC for the 2017 AWP Writers’ Conference.

“There’s a t-shirt out there that shows all the different Steelers bars in the USA, and I’d like to think that a t-shirt with all the different Pittsburgh writers and journals would be just as crowded,” says Robert Yune, author of Eighty Days of Sunlight, a novel set in Oakland.

AWP, the Association of Writers and Writing Programs, celebrated its fiftieth year over the weekend, this time taking place in DC. The main attraction is always the gigantic book fair, where independent writers and publishers have the chance to promote their work. Among the local folks were Michael Albright and Pittsburgh Poetry Review, Braddock Avenue Books, and Chatham University’s Fourth River literary journal.

Writer and editor Beth Gilstrap was representing the magazines Little Fiction | Big Truths throughout the conference, and though she calls herself a veteran, she knows AWP can be daunting, admitting, “It’s been a whirlwind.”

Part of the whirlwind is finding time to break away from the book fair long enough to take in a panel. The topics range just as wildly as the writers discussing them. Sherrie Flick sat on a panel about the difficult craft of flash fiction; Marissa Landrigan Justus moderated a panel on “Digital Storytelling and the Creative Writing Classroom”; and Deesha Philyaw was part of a panel called, “What Writers of Color Want White Editors to Know.”

Hattie Fletcher, the editor of the nationally renowned Creative Nonfiction magazine, says AWP attendees are often impressed by how many Pittsburghers are at AWP.

Besides the volume of Pittsburghers, it’s amazing how many different sorts of writers are present from the area.

“In addition to how many of us there are, I’m struck by the sheer variety of Pittsburgh writers that make it to AWP,” Yune says.

“For a number of students who attend MFA programs in the city, Pittsburgh acts as a sort of prism: each beam of light passes through and is affected, but the colors vary widely…The voices are so different from each other, but if you look closely enough, they have something in common— some tone, some approach that’s hard to define.”

Pittsburgh has always been hard to define, but this past weekend many of the writers who have found inspiration in the city—distilled it into art—have been helping define it everywhere they go. As local MacArthur-winning poet Terrance Hayes said while helping close 2017’s AWP conference, “You can’t grasp your own hustle.”

It is clear, whether staying here or traveling around the country, Pittsburgh writers are hustling.