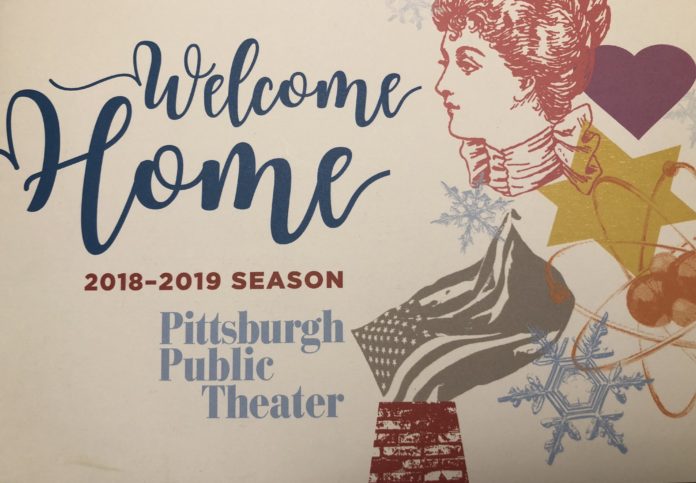 Pittsburgh has always had a welcoming reputation; anytime someone transplants here they say that it is friendly and genuine. It was said again by the new Artistic Director of the Pittsburgh Public Theater, Marya Sea Kaminski, during the public announcement of her first season. Marya chatted that while she loved Seattle, Pittsburgh had a welcoming feel to it. Marya is taking over for Ted Pappas who has spent the last 17 years as the Artistic Director of Pittsburgh Public Theater and will be returning for this new season as a director. When it came time to pick a theme for the next season, Marya Sea Kaminski and the new Managing Director, Lou Castelli, kept circling back to this idea of ‘Welcome Home.’  The following six shows all have this idea of home in their plot. 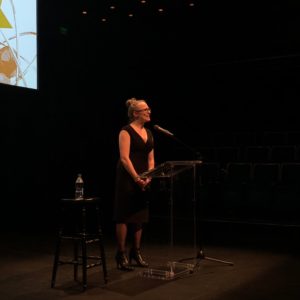 Starting September 27th will be the classic Pride and Prejudice. Written by Kate Hamil and directed by Desdemona Chiang, this adaptation will take the tale into a wild new show. The story tells of the Bennet sisters and their need to save the family estate by marrying. However, Lizzie is not in any hurry and doesn’t take the romances past the second date.

Continuing the theme of ‘Welcome Home’ is a play set in Reading, Pennsylvania. Sweat follows the life of nine friends from 2000-2008. Sweat highlights these individuals as the Ousted Steel Tubing plant where they work begins layoff and lockouts. Join them as they drink and discuss dreams in a time of real uncertainty. Sweat is written by Lynn Nottage and will be directed by Justin Emeka and begins November 8th, 2018.

With every season brings a Shakespeare play to Pittsburgh Public Theater and in 2019 we will see The Tempest take stage in a unique twist. Written by William Shakespeare and will be directed by Marya Sea Kaminski, The Tempest is about a magical world of sailors, spirits and love. While The Tempest is usually set in a tropical climate, this version will take place in Pittsburgh during the winter to stay true to the theme. The Tempest begins January 24th, 2019.

A Doll’s House Part 2 comes to Pittsburgh Public Theater March 7th, 2019. A Doll’s House Part 2 is written by Lucas Hnath and will be directed by Ted Pappas. This uncanny play is a sequel to the Ibsen play A Doll’s House, which was controversial when it was written. At the time it was unheard of for a woman, Nora, to walk out on her husband. In A Doll’s House Part 2, Nora is forced to came back into the home 15 years later to confront Torvald, the husband she left, for a divorce. Drama ensues as she negotiates terms of the divorce and deals with her daughter, Emmy, as a result. 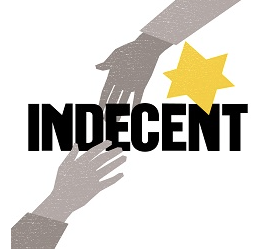 Indecent is a story based on the true events of a Jewish playwright and an acting troupe. In Indecent, Sholem Asch brings a play to the stage in 1923 that is so controversial that everyone is arrested for attending opening night. The play is a love story between two women in a brothel.  Indecent is written by Paula Vogel and will be directed by Risa Branin and will come to the stage on April 18th.

The last play of the season is Marjorie Prime; coming to Pittsburgh Public Theater on May 30th, 2019. During the running of Marjorie Prime, there will be collaboration with a few of the tech sectors in Pittsburgh. Chotek, Ascender and Thrival Festival will all have a part with the show. Marjorie Prime is a play about the future where anyone can make a “prime,” a hologram of a loved one that passed on. Marjorie is an elderly woman whose memory is slipping and she made Walter, her husband, into a “prime”; however, she decided to interact with a much younger Walter. Marjorie Prime is written by Jordan Harrison and directed by Marya Sea Kaminski.

Season tickets for next season are now on sale now by going to ppt.org/subscribe or by calling 412-316-1600. The Pittsburgh Public Theater’s home is the O’Reilly Theater at 621 Penn Avenue in Pittsburgh’s Cultural District. For more information, visit ppt.org.