In Swissvale, like many other Pittsburgh neighborhoods, there’s a series of old brick houses, a quaint little public library, a couple convenience stores, and a deli or two. Drive down to Schoyer Avenue, and you’ll be greeted by something different.

There is Building Project Facade #1 by local artist John Eastman, who is well-known in the city for his abstract paintings and furniture designs, and has exhibited at the Carnegie Museum of Art amongst other places. His non-profit, Eastman Community Projects, has created an entire series of refurbished garages that – while remaining fully functional – have been given a whole new look and will even house art installations that will be open to the public. 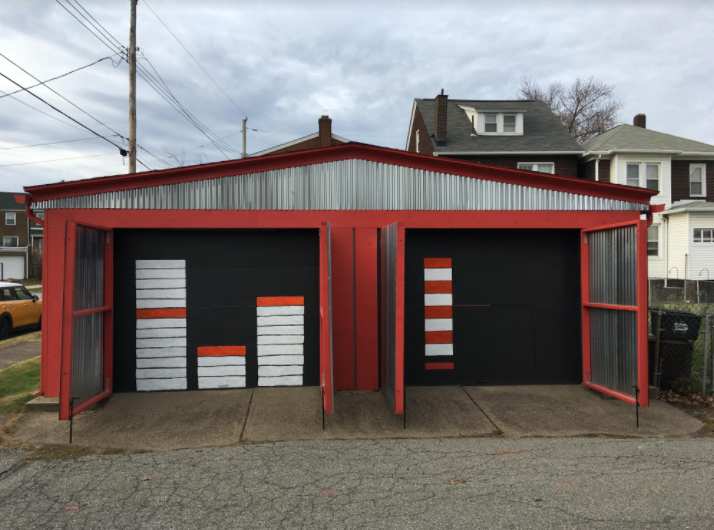 The first one was completed in late October, and belongs to Eastman himself. It is the garage of his childhood home, which he bought after his father’s passing, and has now made into his second art studio. The second garage, only a block away, was rented from a neighbor.

Both the facades are wrapped in a sleek yet simple corrugated sheet metal, a look evoking the silvery art of Andy Warhol and his factory, while still fitting in perfectly with the very industrial look of the Steel City itself. Painted with new wooden frames in an eye-catching red, the buildings pop and have grabbed the attention of the community.

“We’re getting a really good reception. People come by and tell me they love it. Or they’re out here, feeling the sheet metal and taking pictures. It’s been very welcoming…Everyone asks, ‘Did you build this whole building? I don’t remember this building being here.’ It’s been there for 50-60 years. It’s nice that a simple facade can raise an awareness of something that people don’t remember at all…”

To begin, Eastman started with his own garage, and introduced the community to the idea, showing them the design. The goal is to create another nine, preferably by Spring. The response has been enthusiastic, but the impact of the project goes far beyond its curb appeal.

“This is community development,” Eastman explained. “This is helping people in the community be introduced to the arts…It helps the people who own the garages because they’re getting income and a lot of them are seniors in this area…We’re updating the building, we’re giving them an income, and we’re introducing people to positive things: art and culture and design.”

Each garage is fitted with a sheet metal facade and wooden frame, and often include a minimal attachment that can be easily removed after the lease is up, should the owners choose they no longer want it. The design is simple and practical. Even the art featured on the doors of Eastman’s own garage are made up of bold abstract shapes.

“How I live is very minimalist and it reflects in my design. Everything is very basic, and using basic materials you can end up with something that’s attractive to people, and it’s affordable.”

Inside each garage is an art installation, featuring Eastman’s own work from coffee tables to bedroom displays to paintings to sculpture. The goal is to host art tours that are available to the public, guided by interns from Chatham University, who will lead visitors through each site in a two-hour tour that explains the works, the process and their purpose.

The garage sits in Eastman’s yard, surrounded by his other artworks, including an eight-foot luminary and abstract works made of wood and painted eggs. The house itself is actually a top-rated Airbnb filled with beautifully painted walls, funky furniture, and larger-than-life paintings that immerse guests into their own private gallery space which they can relax in and enjoy during their trip to Pittsburgh. 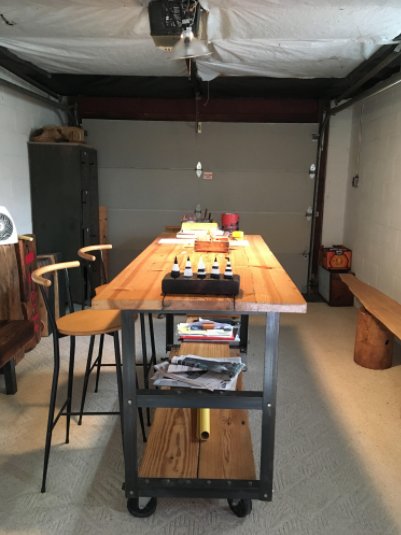 Eastman’s goal is to expand the garages to commercial buildings and houses, even transforming some of those into an Airbnb, just like his own: “Who doesn’t want to stay in an art gallery house? People who come into town and stay in Airbnbs contribute to the local economy, they’re buying breakfast and dinner and things like that… We’re bringing money into the local area, we’re fixing up the facade, and it’s helping Swissvale. That’s art-centric community development, that’s how it works.”

The key to Eastman Community Projects, which is under the umbrella of the Pittsburgh Contingency, is the vision behind it – to not only expose and educate the local community to the arts through the facades and 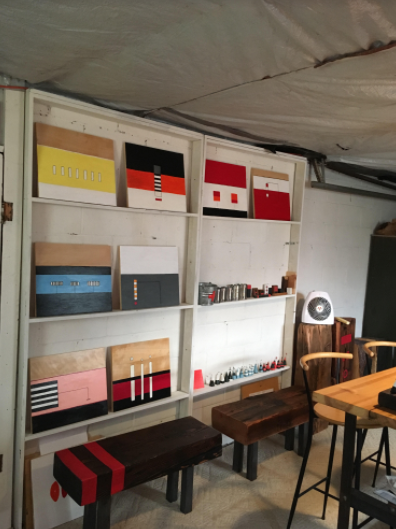 installations, but to get more people involved to support those art projects. Ultimately, Eastman would like the non-profit to acquire more properties to create the Airbnbs, to have space for artists to host exhibits and stay for residencies, to attract local coffee shops, restaurants, bakeries, and – possibly – even to create a community choir.

“The idea is that we want to help foster types of businesses that end up making strong communities…Everybody around here who knows what I’m doing, they’re like ‘Go, yes!’ We’re going to run into adversity, that’s just the way things happen… If you’re doing good, there’s a balance there. So far, we’re getting nothing but support. Swissvale is poised perfectly because it’s a great location…It’s accessible…The city, the universities, great restaurants, sports, museums – it’s all close. This is a good area. I spent a lot of time in Brooklyn, New York. A lot of big industries left, creating blighted areas…Artists generally come in and they revitalize the community. Subsequently, the community starts to flourish. So I know we’re on the right side of history.”

At the core of Eastman Community Projects and John Eastman’s artistic career as a whole is the idea of giving back to his own neighborhood and to those around him.

“Now take the garages, the facades…Now you’re creating artworks and designs that are out there 24/7 and people like it…you get the gratitude, but you are then helping the community on top of that. That’s why I’m doing this…There’s a lot of people that just don’t get giving…If you would truly get giving, you would realize that that feeling from giving anything – money, art, helping someone… that’s all giving. And that feeling is amazing. A lot of people don’t understand that. One of the reasons for community development is, you’re helping… You’re getting out of it as much as the person who is receiving. Maybe more…Especially if what you are giving continues to reward. That’s what’s at the core of what I’m doing.”

You can visit the Eastman Community Projects’ Building Project Facades #1 and #2 at Arcadia Way and Nevada St, and Nevada Street and Monarch Way in Swissvale.

To learn more about the Eastman Community Projects or to find out how to get involved by donating time, money or materials, you can visit their website here: http://eastmancommunityprojects.org/ 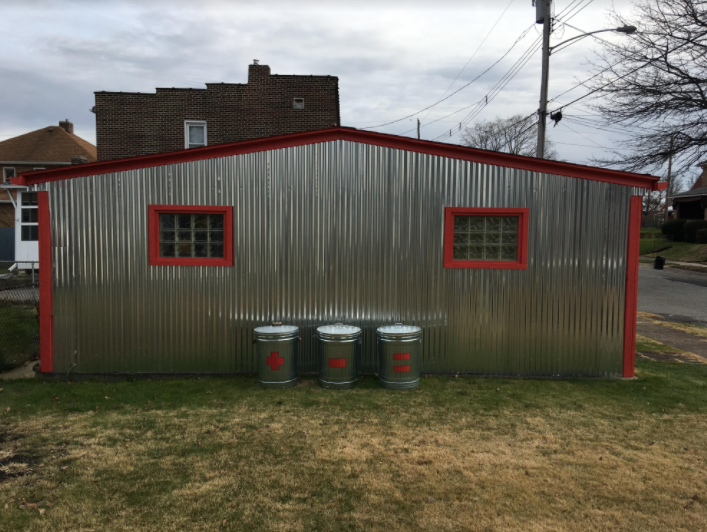 Images courtesy of John Eastman and the Eastman Community Projects.