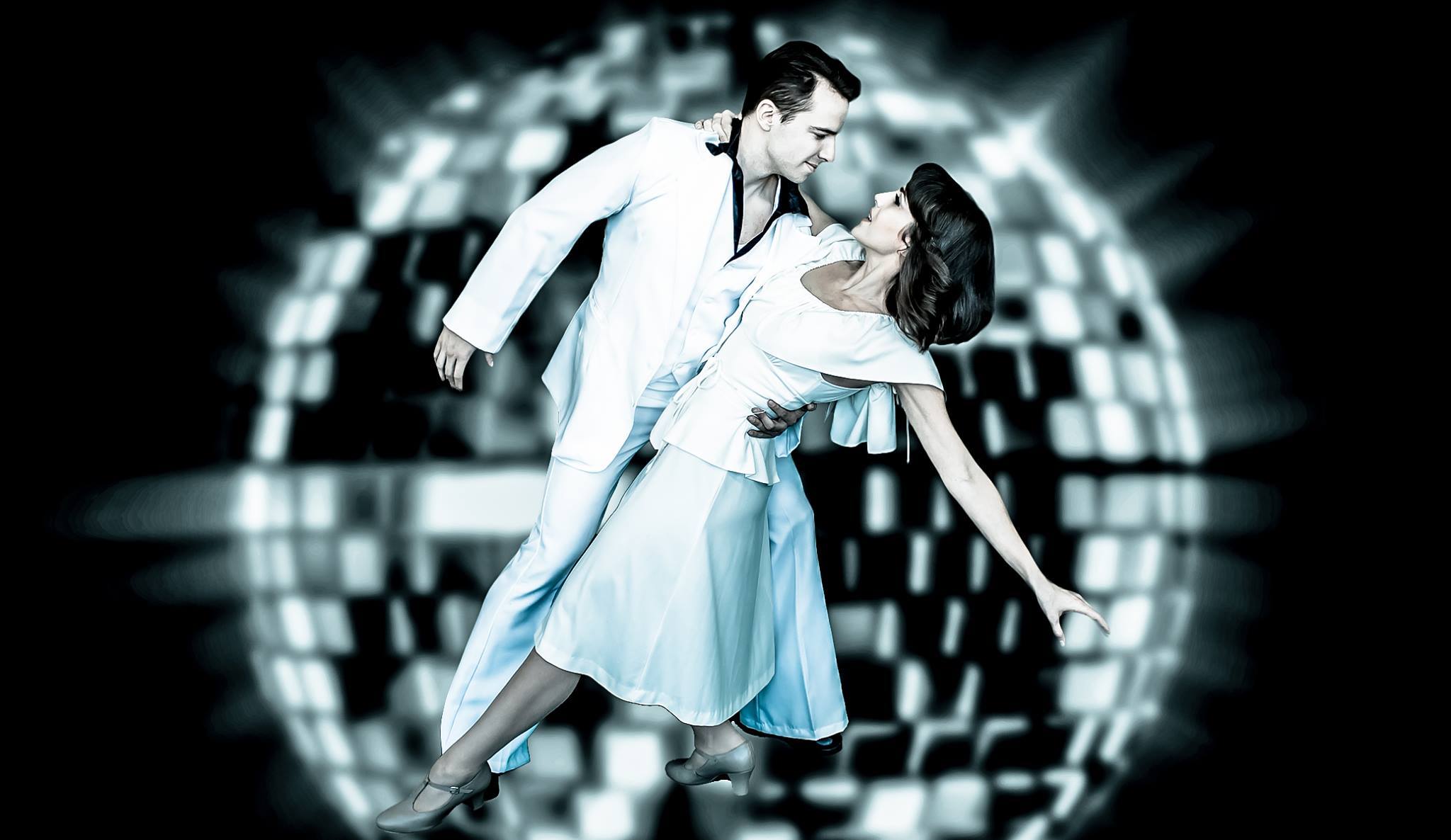 Saturday Night Fever is easy to write off as another dance movie, but those who have seen the film know better; and anyone that gets a chance to see Pittsburgh Musical Theatre’s upcoming production—starting this Thursday at the Byham and playing weekend shows for two weeks until the 21st—will get to see firsthand how meaningful the story of Tony and Stephanie actually is.

“This is a musical, but with such a deep characterization that I treated it like a dramatic play,” says Larissa Overholt, who plays Stephanie and is a longtime veteran of the PMT company. Before seeing the material, she had no idea she would treat it with such admiration.

“When they announced this I thought, ‘I hate disco!’ But after watching the movie, not only did I gain an appreciation for that, but for the songs. It wasn’t just fun dance music. It was actually saving people.”

“There was no judgement on the dancefloor,” adds Anthony Crouchelli, who plays Tony Manero, the main character who only finds success in the clubs while stuck in a dead-end job with an unemployed father and a family in shambles.

Crouchelli understands the story. At one time his life was planned out for him; he studied to be a neurosurgeon—a decision he felt was made for him—before abruptly quitting medical school to fulfill his yearning to perform.

“Dance was the escape,” Crouchelli says convincingly of the upcoming musical.

Saturday Night Fever’s visuals will include the fog and lights well-known from the film, but also mirror balls not only on stage, but within the auditorium as well. The original Bee Gees songs, including hits like “Disco Inferno” and “You Should be Dancing”, will be played live by a nine-piece band.

Watching a spirited rehearsal of “Stayin’ Alive”, the musical’s first song, it’s obvious how true the idea of escape is. Cast members of all ages and levels delivered disco choreography audiences will expect, but with a respect many may not have considered.

Though “Stayin’ Alive” is upbeat and catchy, the cast’s emphasized chant of We’re going nowhere, life going nowhere displays an understanding of the story’s darker elements (the most offensive material, such as profanities, have been removed from this production to make it a family-friendly show, but nevertheless tackles its core themes of disillusionment and yearning).

“Whether you’re a 70s kid or not, you’re going to relate to this,” says Troy Patrick, who plays Gus and is debuting with PMT for the show. “The audience will smile and laugh, but also relate. And that’s what we all want to do.”

Colleen Doyno, the production’s director, as well as PMT’s executive artistic director, feels strongly that the cast’s passion will resonate.

“They’re telling the story of a dancer who is using the platform as a release,” Doyno says, looking out over the impressive array of performers. “The energy just flies right off of the floor. It’s going to land right in the laps of everyone in the audience.”