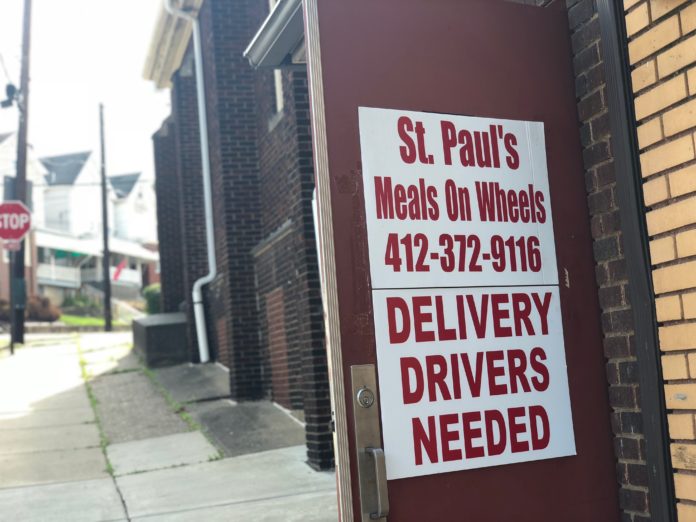 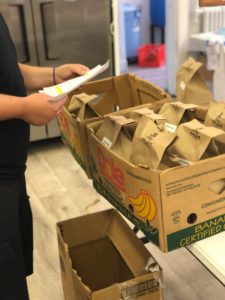 Last week, I stopped in at a pizza shop in the east suburbs with whom I have worked for over 10 years; the owner wasn’t in which is entirely unlike him. When I called back later in the day, he told me he was out delivering meals for Meals on Wheels. During my next visit to his shop, I asked him why he decided to get involved with Meals on Wheels. His answer was simple and direct, “because someone has to help.” I’ve known him since he was 24 when he first opened up his pizza shop. Like any other 24 year old, he seemed interested in making money and having a good time. I know his work ethic, a 60-80 hour work week is normal, but as he explained to me, 2 hours twice a week to work within the community that supported his business was the least he could do. He does this for himself as much as the people who need the meals. There are no Facebook posts with him delivering meals, no Instagram pictures of him loading his car, no mention of it anywhere. He asked I not mention his name or pizza shop. In a world which we all like to tell everyone what we are doing and hope for likes, he just delivers meals because he wants make a difference.

He invited to join him this past Wednesday to understand what it is he does and why. When we got to the distribution point, I was met by a crew of older ladies with smiles on their faces. They had been up early preparing the meals. We loaded up and started out with 11 stops. I expected to be going to a trailer park, or some really run down neighborhoods, but I instead I was in your average middle-class neighborhoods. Delivering meals to elderly couples, a few widows, and two Marine veterans. We were thanked at each home. Some of the people took time to speak with us, others we just left the meals and moved on without a word.  On one occasion we were thanked by a son who had stopped by to visit his parent. We were asked to do a simple task, untangle a phone wire for an elderly lady with bad vision who can’t get around. The appreciation was apparent, the need was also. 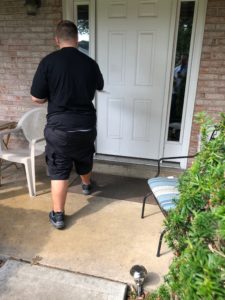 When we finished I couldn’t stop wondering how many individuals and families are out there that need assistance who may be too proud, or just not know where to turn. Sometimes taking a moment to offer your time and service to others impacts you as much as those you are serving.