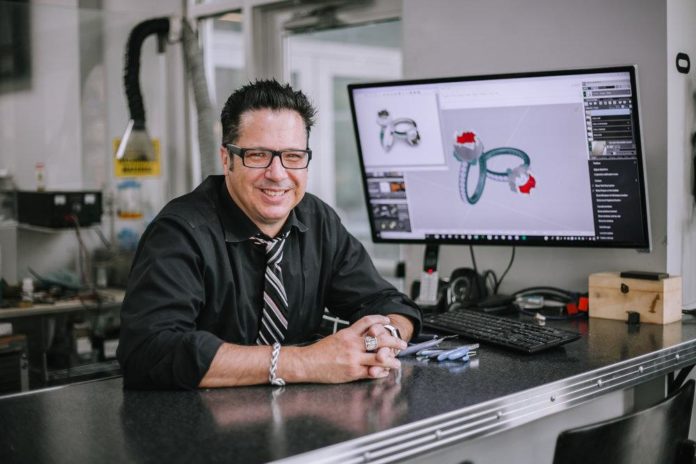 When he lost the middle digit of his right hand in a log splitter accident, Dennis Imm, of Vandergrift, replaced it with a silver finger-sleeve fashioned after an Egyptian sarcophagus.

Now, when he flips the bird, it’s more like The Curse of King Tut. 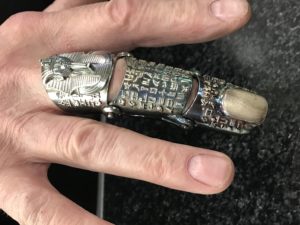 Using different metals and gemstones, Bierker is boldly going where no other jewelry-maker has gone before. He creates everything from R2-D2 bracelets and Dr. Who call box charms to Pokemon pendants and Starship Enterprise earrings.

“Nothing is impossible; that’s the biggest take-away from our studio,” he says. “We have the creative minds and technology so that nothing is off-limits.” 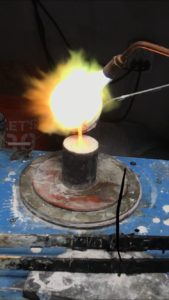 Bierker studied graphic design in Buffalo, NY, where he used his Computer Aided Drafting know-how to create a pearl-studded bat wing broach for his grandmother. He went on to produce body jewelry for a piercing salon and eventually came back to Pittsburgh to pursue his passion.

Customers can peruse a large assortment of pre-made baubles in classic-, geek- and Pittsburgh-inspired styles or design their own one-of-a-kind piece.

Bierker works with a lot of couples who draw their engagement ring ideas on cocktail napkins. From those boozy sketches, along with detailed input about interests and budget, they create a rendering of the product using a computer and 3D printer. 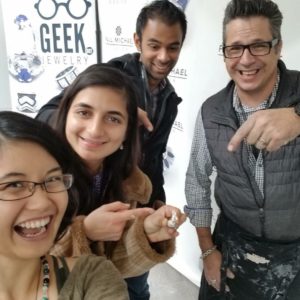 “Getting the client to the final ‘Oh my God! That’s the ring I want!’ moment is the toughest part,” Bierker admits, adding that most projects take between two to three weeks.

Imm’s intricate pharaoh finger took about four months from planning to placement, but he says it was worth the wait. He picked up the new appendage on Christmas Eve, bringing a bottle of champagne along for the occasion.

“I get so many compliments on it,” he says. “I’m very pleased with what I got.”

While he does plenty of in-house consultations, Bierker ships his wares to 60 different countries, including Russia, Mexico and Iceland.

One day, he hopes to make a priceless treasure for someone in a galaxy far, far away.