The restaurant, which is housed under the Wholesome International restaurant group–also responsible for the Five Guys Burgers and Fries chain–opens on January 26, 2018, marking the fifth Choolaah location to open. With Choolaah, co-CEOs Raji Sankar and Randhir Sethi, along with Chief Creative Officer Jay Nesbitt, combine ancient cooking techniques with new ways of dining.

“The idea is to bring high quality, responsibly-sourced ingredients to create authentic Indian dishes in a fast-casual setting,” says Nesbitt. “That means that a person is able to get a fully realized meal in about three to four minutes.”

The menu offers a number of reasonably-priced options, perfect for a neighborhood that is saturated with high-end dining or at least, upper-mid price point food. Naan wraps and salads hover around the $7-9 range, while the “build-a-meal” bowls can range from $7 to $13, depending on your choice of protein and bowl ingredients. Chicken and veggie biryani are available for $10.

The restaurant’s sourcing program aims for ethically-raised and grown food.  “Our lamb is family-ranched on the West Coast. Our salmon is from a sustainable fishery in the Faroe Islands, north of Scotland,” says Nesbitt. “Our paneer is actually made from our recipe by the Amish at a farm co-op in Ohio.”

A few years ago, co-CEO Randhir Sethi moved his family to India for a year of traveling and recipe collection. While authenticity–meaning utilizing recipes and spices from certain regions of India–is one of the goals, concessions have been made to increase the eatership. “The heat level is not overly spicy,” says Nesbitt, “but we have five different sauces for guests to spice up their dishes.” 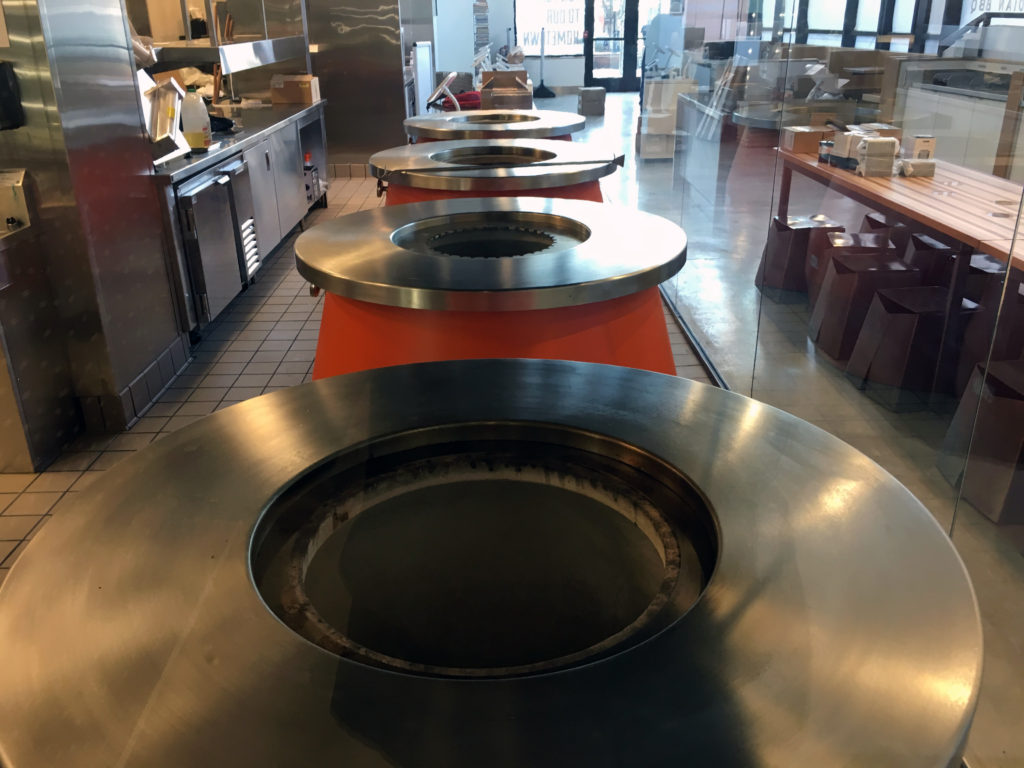 The spacious and bright interior of the space, peppered with boxes during my pre-opening visit, is chock-full of clever design touches. First of all, four 3,000-pound tandoor ovens are proudly on display behind a glass wall. “It’s about authenticity and honesty. You get to see how your food is being made. It’s just fun [to watch]. It’s theatrical. We put all the proteins on a skewer and put it into our tandoor oven. It seals in the flavor and drips off the fat.”

Each restaurant has a unique design while maintaining the character of Choolaah. Near the entrance is a sixty-foot tall stack of Indian cooking books. (Don’t worry. It’s secured by a steel pipe running through each book.) Two wall-size installations from local artist Ron Copeland grace the back walls of the first and second floor. The back of the walk-in cooler is covered in word magnets.

Nesbitt, a founder of the local Wall-to-Wall design firm, is responsible for the design of all of the Choolaah locations. To that end, his paintings, many of which are Choolaah-themed, line the walls of the restaurant (and the bathrooms).

Among the subtle design elements is a true oddity: an automatic hand washing machine. “People line up for this thing,” says Nesbitt. “This machine is normally associated with pharmaceutical or manufacturing clean rooms. You stick your hands in there and in 15 seconds, they’re soaped and washed.” 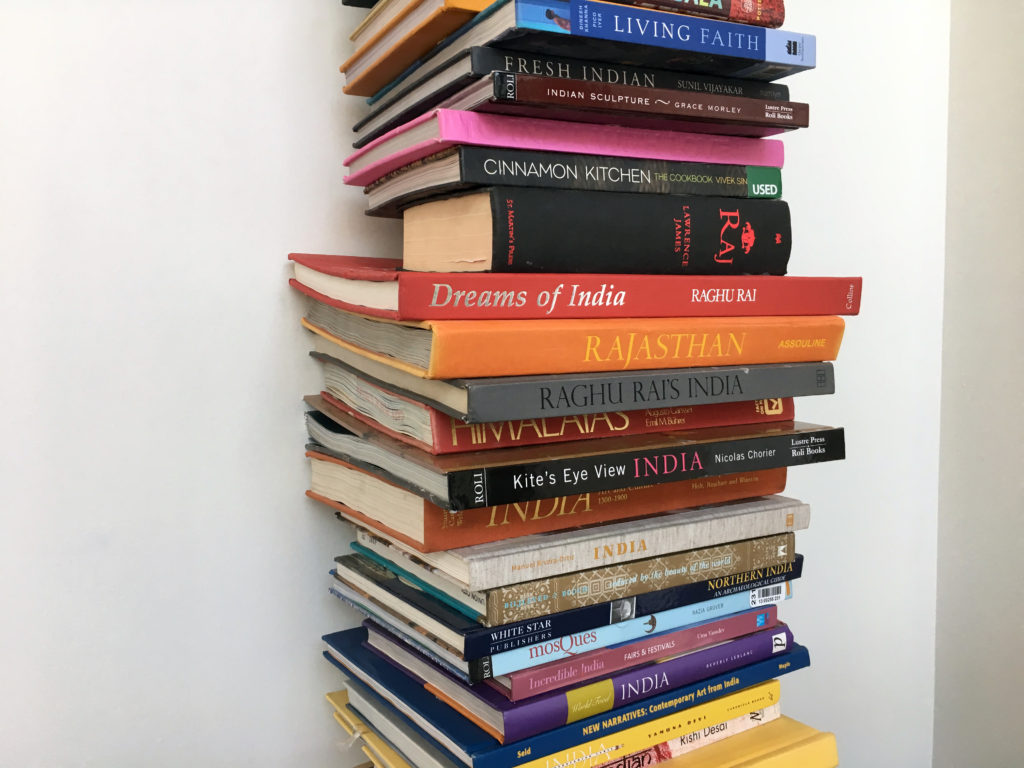 To celebrate the opening of their first Pittsburgh location, Choolaah is offering some interesting opportunities. “The first 100 people that come into the doors will get Choolaah for free for a year.”

The restaurant is also interested in local philanthropy. “In the first 30 days of opening, we are going to do a fundraiser for 30 nonprofits. One each day. Also, on the opening day, we are giving 30% of our profits to the East End Cooperative Ministry. Basically, if you buy a meal, the food kitchen will be able to buy five meals for the those in need.”

Beyond the initial publicity campaign, the restaurant is in talks to continue working with the East End Cooperative Ministry (EECM) on future fundraising opportunities and is looking at donating paid hours for Choolaah’s staff to volunteer at the EECM.

Given the widely documented gentrification and displacement of residents in East Liberty, new businesses entering the neighborhood are or should be held to a higher standard. Choolaah’s initial plans to involve the community are promising.

“We want to create a fun place for people to come together and eat premium food that you can afford.”