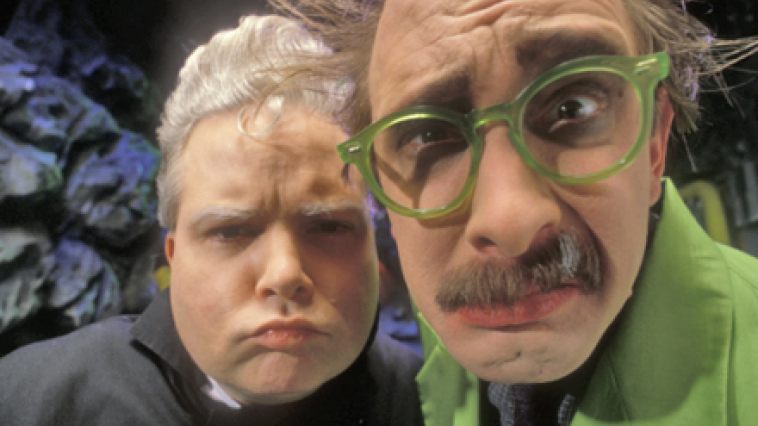 In the not-too-distant future, way down in Deep 13… For anybody around in the 90s with a cable subscription, this song should be instantly recognizable: the theme from Mystery Science Theater 3000. And with the recent Netflix revival (starring Jonah Ray, Felicia Day and Patton Oswalt) now available for streaming, it’s the perfect time to reunite with the original mad scientists that made Joel (and Mike) and the bots watch the worst movies ever made.

The Mads Are Back! Part One and Two is a live riffing session 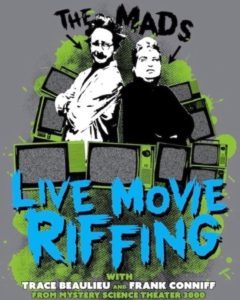 hosted by Frank Conniff and Trace Beaulieu, who played TV’s Frank and Crow T. Robot/Dr. Clayton Forrester, respectively. Hosted the same style as the TV show, each night features a different film with biting and hilarious commentary from the hosts. The films themselves are a mystery- only fitting, considering the original series’ name. Aside from their roles on MST3K, Frank Conniff has worked on other series as an actor, writer, and producer, such as Sabrina the Teenage Witch and Invader Zim. Trace Beaulieu, meanwhile, wrote for America’s Funniest Home Videos and was part of another MST3K reunion project, Cinematic Titanic.

Part One is on Friday and Part Two is on Saturday. Tickets are $25 (for one night) and available here. The doors open at 7 each night.