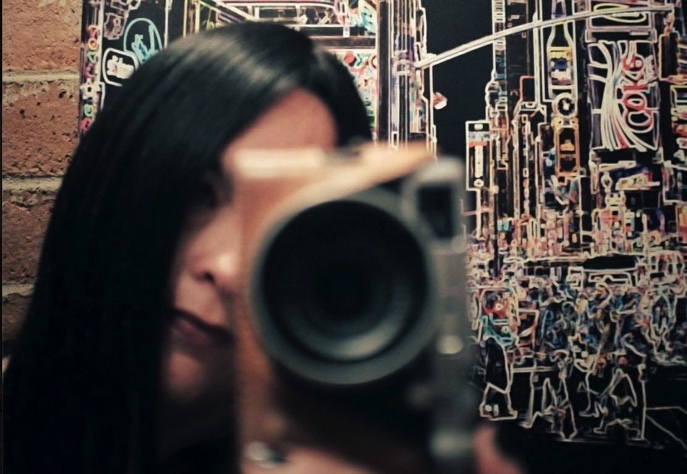 Born and raised in Pittsburgh, Jaime L. Bird releases the first of a new series of neighborhood pictorials Thursday at Eastmantribe in Regent Square. We had a conversation with Jaime to learn more about her photography….

Local-pittsbrugh– When did you begin shooting city scenes?

Jaime L. Bird-When I was 8 yrs old, my grandfather gifted me with a 35mm film camera. It was the catalyst for a lifelong affair with photography. When I first started shooting again after having put photography on hold, I was taking photos of the flowers in Highland Park. Eventually, that evolved into urban landscapes and then eventually people started to appear, creating the work I do currently. I’ve been doing street and documentary photography for about 5 years, and in that short time frame, I’ve managed to photograph thousands and thousands of the people and places in Pittsburgh.

Lp– Are you self trained or did you attend school for photography?

JB– I am a self-taught photographer. My only training has been studying the work of those photographers whose work admire and in a vast collection of photography books. But most importantly, just simply practicing my photography as much as possible. Learning on the street, camera in hand, developing my style, finding my voice, and telling the stories I want to tell. In some ways, I feel that because I am not formally trained, it has allowed me to be as honest and raw with my images without having been bogged down with too many rules and structure. The street and documentary work is all completely candid and all about reacting to life unfolding before you, I hope that those points are conveyed in my work

Lp– Most of your photography is black and white, can you explain why? 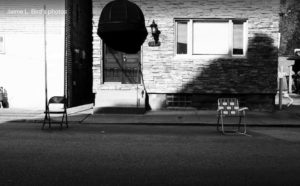 JB– For me, black and white photography allows all the attention to the subject, also it brings everything in the frame to a common denominator. It doesn’t distract and yet it has simplicity and honesty that evokes that familiar and nostalgic. Some of the documentary work I do is emotion fueled and sometimes hard to digest as a viewer, the black and white lets the voice of the subject comes through.

Lp– When you do color photography do you have to change the way you are evaluating the shot?

JB– The choice between color and black and white really comes down to whether or not the color adds to what I am trying to say. Does the color add to the story, does it have a significance in the frame. I find myself in the warmer months doing more color, summer in the city has a certain feel, almost as if its the ’80s.

Lp- Does living in the suburbs give you a different appreciation of the diversity the city offers?

JB-I lived in the suburbs for the past 18 years, and I would take the bus into the city to shoot. To me, the street is never the same street twice. It is as much a living breathing subject, as the people I capture. In the suburbs, things are a bit more routine and comforting. For many, it is the place we come home to after being in the chaos. The city is jarring and it is filled with life being lived at crosswalks and coffee shops. I hope that in all of the chaos, my work can give the viewer a truer sense of how special the city is.

Lp– A lot of your work seems to be a reminder of the past, the photos of old cars for instance, what is your thought process when choosing these shots?

JB– I have an affinity for vintage street photography, particularly the ’40-’80s. I try to pay homage to the simple, honest work of that era. Pittsburgh has an endearing population of people as well as old buildings that seem to have remained unaffected by the passing decades. I tend to lean toward the nostalgic feel when capturing the city. I like the juxtaposition of subjects in their surroundings, the time-bending sense that you are seeing something familiar.

Lp– Tell us about your book release Neighborhood Snapshot: Bloomfield?

JB– Neighborhood : Snapshot BLOOMFIELD is the first in a series of photo books
featuring the neighborhoods we call home. A snapshot of life in landmarks,
shops, and streets. A paperback book of about 30 black and white images done in
the street and documentary style. The book release will be May 23rd from 6-8 pm
at the Eastmantribe shop in Regent Square. The book will be available for
purchase at Eastmantribe as well as on my website

The release party will be held at Eastmantribe this Thursday 23rd 6pm-8pm.