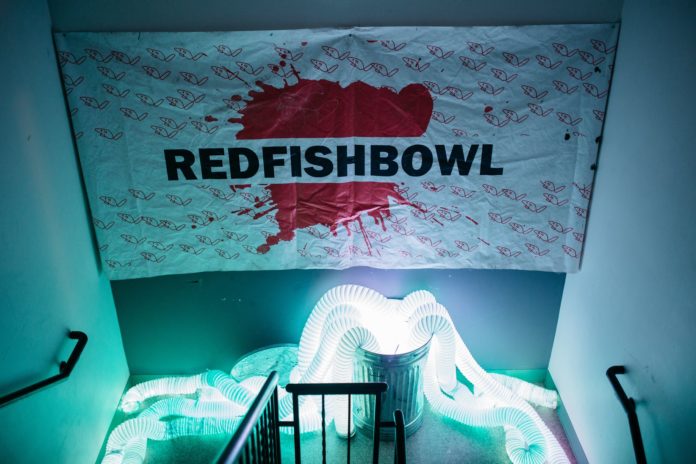 Hanging a painting in a South Side coffee shop changed the course of Chris Boles’s life. 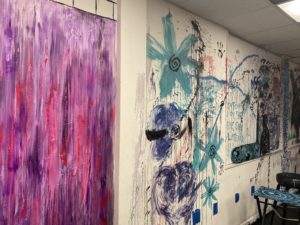 Proud of his best friend’s art, he put a framed print on the wall at Delanie’s Coffee, where he worked.

“An organic accident snowballed into a little community,” says Boles, who founded Redfishbowl with pals Ted Remlinger and Tony Fisher in 2013.

The collective branched out to include other local businesses, exposing to their customers to new artists and giving creative types a paycheck.

In 2015, Redfishbowl launched the South Side Art Crawl, an event that included 25 venues along E. Carson Street and more than 100 artists, from musicians and dancers to fire throwers and acrobats. By the following year, the event had doubled in size. 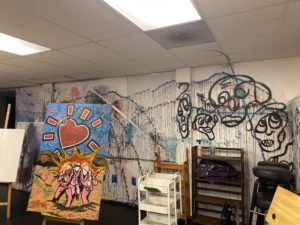 Now, after years of doing pop-up shows, the roving group is laying roots in Lawrenceville.

On Oct. 19, Redfishbowl held a grand opening for its new studio at 4327 Butler St.

The 5,000-square-foot facility houses a gallery, a communal work space and smaller areas for meetings or photoshoots.

Monthly memberships range from $50 to $250. There are already more than 20 artists signed up. They drop by to work, often inspiring others to reach new creative heights.

Of course, the Redfishbowl founders haven’t lost their vagabond spirit. They occasionally hit the road in their Mobile Mystery Lab, a bus where bands can rock out and record. 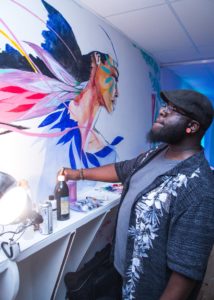 The vehicle is available to rent for parties, pop-up shops and live music sessions. Doing a Pittsburgh brewery tour? Allow the Mobile Mystery Lab to be your D.D.

Boles is happy to be a driving force on the local art scene, helping thousands of painters, sculptors, photographers and musicians find an audience.