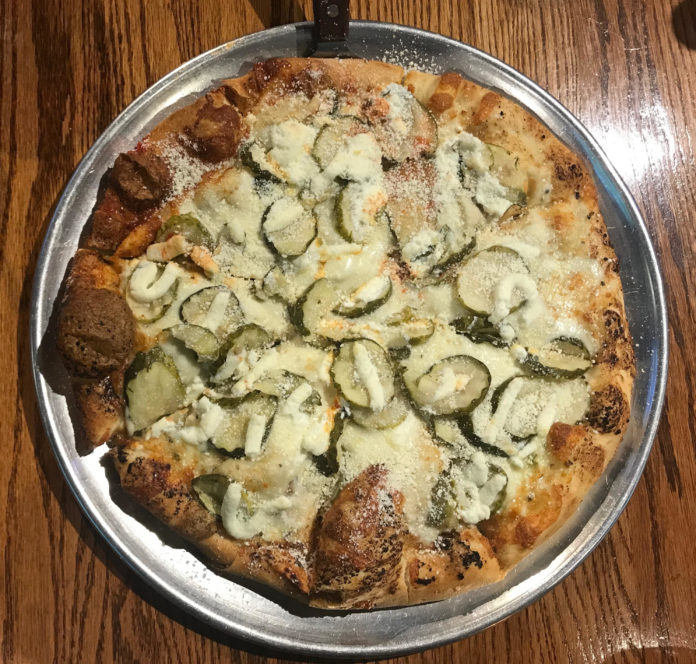 I’m in a pickle; the object of my affection is leaving soon and won’t be back until next year. 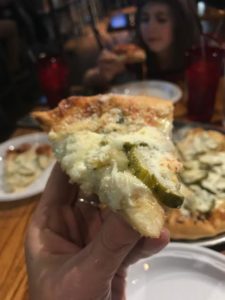 When it made it’s debut in 2018, the pie raised some eyebrows, including mine. I love pizza. I love pickles, but a marriage of the two seemed like an unholy union.

Chef Eric Von Hansen recently made one for me and a highly critical crew of foodies, including my 10-year-old daughter, Sarah.

The pizza is made with Caliente’s signature, beer-infused dough, roasted-chive-and-garlic-butter sauce, mozzarella, provolone, ricotta and Pittsburgh Pickle Co. pickles (which went from cucumbers to tangy deliciousness after soaking in a brine bath for four days).

A pizza in only a general sense — it’s round and cut into triangular slices — it really is its own entity. Sarah, who is pickier than the kid in the old Life cereal commercials — devoured her piece and then asked for another.

The Big Dill is a big deal and should be worshipped at the city’s next Picklesburgh festival.

If you don’t make it to Caliente in time to try the pickle pie, I suggest the Detroit “Red Top” Pizza, which hits company’s five locations on Nov. 16.

Motown’s been harboring a delicious secret for years and now it’s popping up on menus all over Pittsburgh. In the hands of Von Hansen, a two-time World Pizza Champion, it’ll make you stand up and sing “Respect” like Aretha Franklin. 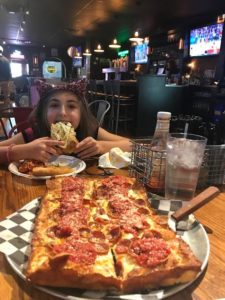 After fermenting for three days, the dough is hand-pressed in square, blue-steel pans, which help to caramelize the cheese on the outer edges. It’s then topped with another layer of cheesy goodness, a sweet, red sauce, a sprinkle of parmesan and pepperoni (the little ones that curl in the oven, cupping the grease).

Sorry, Michigan. Your signature pie has a new home.

“I want to bring the entire pizza realm to Pittsburgh,” Von Hansen says, “but I want to do it the Caliente way.”