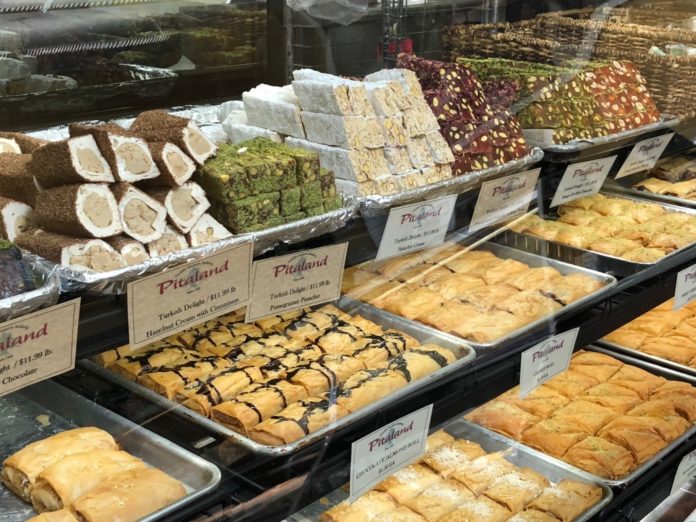 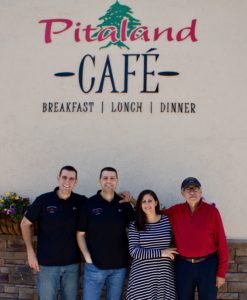 Joe Chahine, Leader of Pitaland
Workers arrive at 5:00 a.m. six days a week to bake billowy puffs of pita bread at Brookline’s Pitaland Mediterranean Bakery. The 17 local employees do not need to watch the parking meter while on the job because every one of them live within walking distance of their workplace. Their beloved boss, business owner Joe Chahine, has been baking the bread of his childhood in the area since 1974 and his story reads like an exemplary tale of the American Dream. 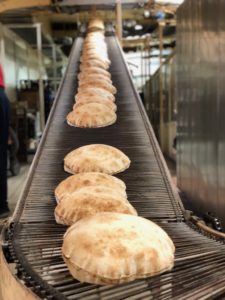 In March of that year, Joe and his bride, Jocelyn, traveled to Pittsburgh from Lebanon for their honeymoon. They planned to visit relatives and stay about a month in America. Joe called his father when they were contemplating extending their visit. A civil war broke out in Lebanon and his father, fearing for their safe return, begged them to stay longer in the States. Their visas were extended three times and the couple was eventually granted political asylum. Joe’s brother, baking pita in a brick oven in another Brookline Boulevard location, hired him at minimum wage, $3.00 per hour. The pair slid the loaves in and out of the small oven using a shovel and worked together until 1980. Borrowing money from friends, Joe bought the business from his brother who was ready to move on. Over the next ten years, he expanded production by purchasing larger and more efficient equipment at auctions. 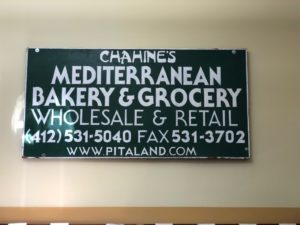 An old Foodland storefront became available along the boulevard in 1990. Joe reminisces that he went to the city, state and county for loans and bought the building, the current home of Pitaland. Visiting the bright and welcoming store one realizes that it is a space where neighbors connect and newcomers feel at ease. It is not just a place to buy food; relationships are formed and maintained in Pitaland.

In the right front of the store is a large observation window where on a busy Saturday morning you can see the pitas, cooled by fans, as the travel along a conveyor belt from the oven. Passing a beautiful cart full of buckets of olives, you travel toward the rows of imported Mediterranean foods. Customers sit at the counter awaiting their freshly made lunch or select prepared foods from the cases in the back of the store. 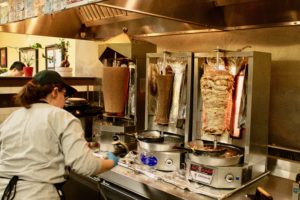 The pita production line has a story of its own. A sign reading “Pita House” beckoned Joe as he was traveling through Lebanon to visit an older brother nine years ago. He asked the hesitant owner to take a look at his baking equipment. The gentleman was wary that Joe was a competitor and insisted upon seeing his passport before allowing him to access the bakery. A mammoth, automated pita baking system was revealed to Joe. It mixed, proofed, rolled, baked and cooled the bread; he had seen nothing like it here in the States. Danny Chahine was hesitant when his enthusiastic father called asking for money to cover the check he needed to order the system. But three months later the mammoth machinery made its way to Brookline, complete with a mechanic from Lebanon to help with the installation! Joe could add another component to the machine to bag the fresh bread, but choses to have older employees bag it by hand. When the women retire, he then will consider further automation, for now he wants them to keep their jobs. 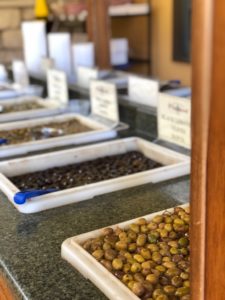 The Chahine children help to run the business today and the family members are always accessible to the customers. Their daughter, Donna, was holding down the fort on a recent visit while her small boys were under Joe and Jocelyn’s watchful eyes in the store front office.

Recently, an injury kept Joe away from work. In his absence, customers called regularly inquiring about his progress, and sent best wishes and prayers for his recovery. His presence provides the essence of the store.  Two young brothers, with noses pressed against the glass, watched the pita loaves roll off of the line. Joe invited them into the bakery, and gave each a paper towel, and told them to grasp a loaf from the line. The brothers savored the warm bread, a food memory made. That you do not get in a big box grocery store.