LOCALpittsburgh had the pleasure of visiting with Aaron Watson, founder of The Going Deep Podcast, and founding partner of Piper Creative. Knowing each other for a number of years through an informal networking group we once belonged to called Unstuck it was nice catching up and learning about the upcoming summit. 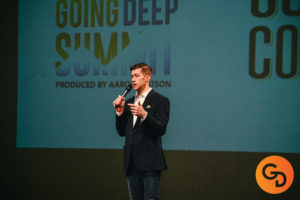 LOCALpittsburgh: Where did the idea for the Going Deep Summit come from?
Aaron Watson: Three and a half years ago I started the podcast (Going Deep), which explores how to build a career with impact. I had the idea for the Summit, after attending SXSW and DLD. I want to create something similar for Pittsburgh.

LP: So you launch Piper Creative, what exactly are you doing at Piper?
AW: In a nutshell, it’s an agency that produces media for other companies. We come in and we shoot 10 videos for under $2,000 for a client and during a two-hour shoot. We are also the creative engine behind podcasts by other individuals and companies. Think of Piper as operating like the New York Times or some other media entity that’s very digital-centric, where we have a podcast or a blog or a LinkedIn video, and as we build out more of the media that we’re creating, all of that is attention that we can funnel at our different causes. 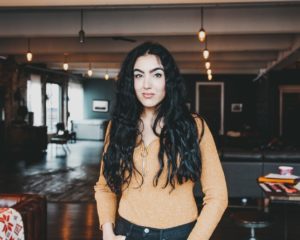 LP: Let’s talk about the Going Deep Summit, its structure, and goals.
AW: It’s one day –  six speakers, three in the morning and three in the afternoon. There is no theme or topic; we’re all over the place, as an example, we have Giselle Fetterman talking about gentle leadership, Allen Gannett explaining how to make yourself more creative, Kenny Chen speaking about AI policy and Tammy Thompson discussing imposter syndrome.

LP: So, you really are having a broad-based program?
AW: What Piper is creating and the brand that I’m building is delivering everyone in attendance exposure to a new idea, to a new person. You have to come with the aperture open and then take stuff in.
So another thing that was important to mention is there are no panels. Panels are awful because everyone competes for attention, there’s no rhythm, they’re talking over one another.

LP: How long does each speaker have?
AW: So it’s different for each, once I’ve asked this person to be a speaker, I want to give them the loosest guard rails as possible. There will be time for questions and in some cases, I will follow up in a quasi fireside chat. These folks are so talented, they need the room to deliver insights and answer questions.

LP: The reason why I asked about that is, I’ve gone to a bunch of TEDx Talks, and I’ve enjoyed them, but they get started, build interest and, boom, it just ends.
AW: Exactly. It drives me crazy. I think the Going Deep summit actually can occupy TED for Pittsburgh, not TEDx. That’s an important point. Because, number one, it’s a different model. There’s room for Q&A, it’s more conversational, I’m a podcaster it’s all about the conversation aspect of it.

LP: How often will you be having these? 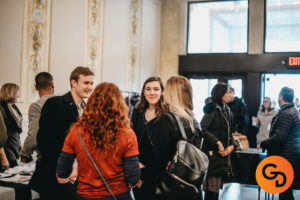 LP: Well we look forward to this year and watching things as they grow, thanks…..