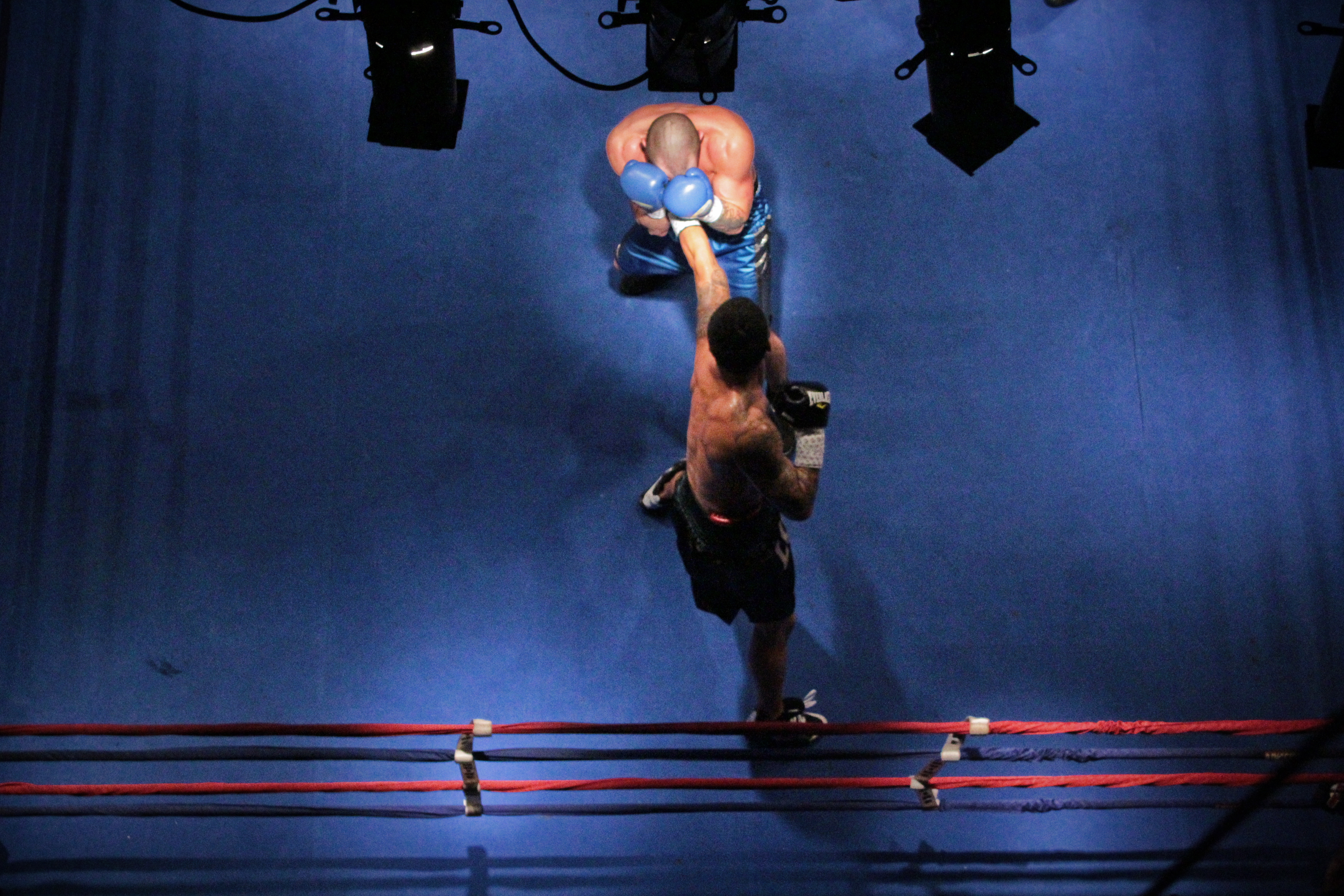 The seats are wooden. Underneath each are wire rods shaped to hold a man’s fedora, a nice feature for the Carnegie Library of Homestead’s music hall. In 2017 this is not much utilized. Over their 120-year history, the Homestead music hall has hosted numerous events—and while the gym on the other side of the building has a punching bag hung in the corner of their basketball court—last Friday’s Night of Fights may have been their first official boxing event.

Integrity Fighter Management, along with the Conn-Greb Boxing Club, made their promotional debut in the music hall with a half-dozen solid matches for an eager crowd. 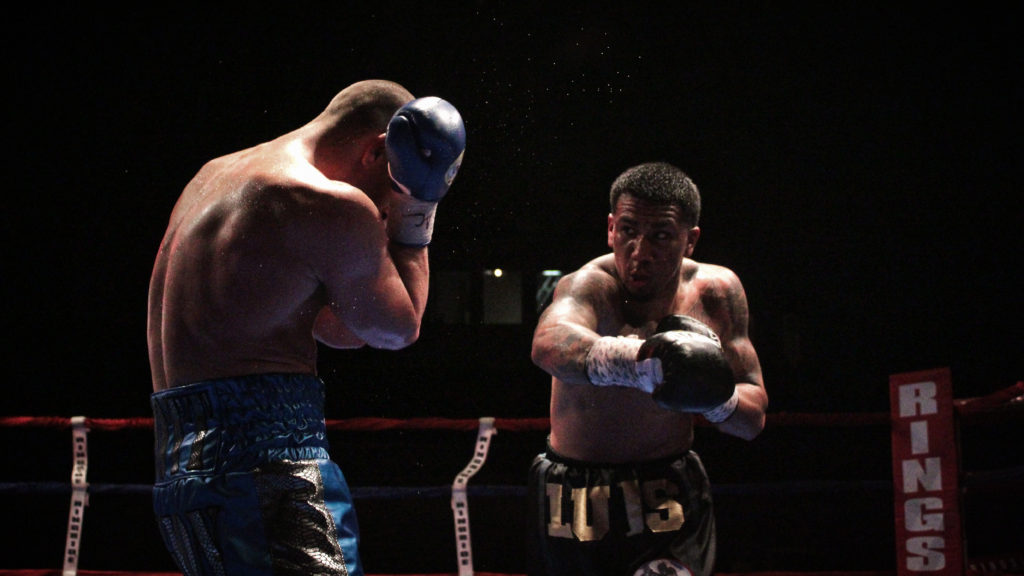 The main event of the night was actually a last minute addition: the USBA middleweight championship between Milwaukee’s defending champ Luis Arias at 16-0 and Virginia’s Scott Sigmon at 29-10-1 (with 16 of the wins coming from knockouts). The first few rounds went to Arias, who continually went to the body against Sigmon, who seemed wounded but clearheaded as he relentlessly moved in on Arias for all ten rounds. However, Arias easily remained middleweight champion through the judges’ unanimous decision.

There was plenty of action before the main event as well. 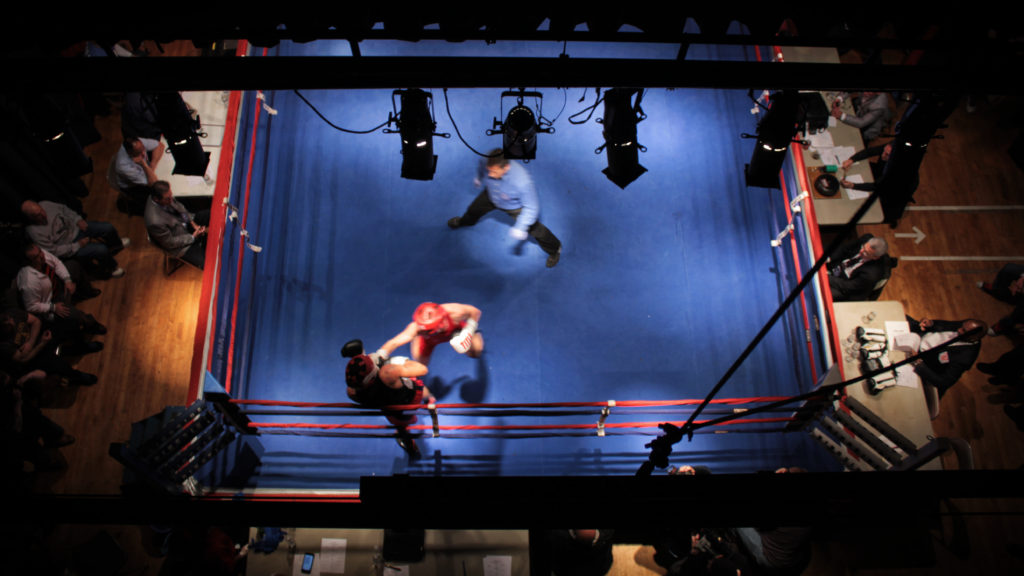 The night’s first fight went to Michael McSorley’s Oleg Dovhun, who was set to make his pro debut against Adam Young; however, Young came in overweight at the official weigh-in one night earlier at Homestead’s Voodoo Brewery; as a result the fight had to be knocked down to a simple exhibition match. Regardless, Dovhun effortlessly made the most of it. His seemingly endless attacks left a dazed Young with a pair of standing 8 counts, letting the crowd know that Dovhun’s eventual pro-debut will be something to be seen.

Southpaw Leemont Johnson of Braddock added a W to his record with a TKO at the 1:32 mark of the second round against Brian Stevens. While Stevens was no slouch, “Lethal” Leemont’s head and body assault was simply too overwhelming.

Rick Borowski, known mostly as an MMA fighter, made his pro debut against Noel Rodriguez of Ohio. Known as “The Bully”, Borowski did not betray his moniker, unleashing a steady stream of shots that earned him a unanimous decision.

Another of McSorley’s men, cruiserweight Lyubomyr “The Demolition Man” Pinchuk, made his pro debut against New York southpaw Eric Abraham. Across the audience were murmurs of how strong Abraham looked, and he did not disappoint; the shots he did land were brutal, enough to ground most fighters. Pinchuk was not fazed and dictated the fight’s direction in each of the four rounds, finishing strong with a string of furious body blows. While ending up with a majority-decision victory in his debut, it was obvious to all in attendance that Pinchuk will be a fighter worth following.

Gerald “G5” Sherrell remained undefeated in a middleweight battle against Danny Rosenberger of Youngstown, who had to move up a weight class in order to oppose Sherrell. Rosenberger attempted to be elusive but was relentlessly run down by Sherrell throughout their four rounds, mostly working the body. G5 would go on to win by unanimous decision.

The night was not without a few snags. There was the forced exhibition match and a string of injury-related dropouts before the night even started, but none of this kept the audience from having a good time. The biggest hitch of the evening may have been during the main event, when the tape around Luis Arias’s gloves seemed to unravel like a ball of yarn. At one point time had to be called for an official to cut off several inches of dangling tape; however, this only paused the fight for a few brief moments.

Overall the night appeared a major success for the Conn-Greb crew and Integrity Fighter Management. As audience members shuffled through the venue’s lobby, over the marble floors and out into the pouring rain, several people in attendance remarked at how beautiful the building was and how nice it was to see a fight there; as Pittsburgh’s boxing scene continues to grow, it would be good to have such an impressive setting for future events, so hopefully last Friday’s Night of Fights won’t be the last they get to see in Homestead’s music hall. 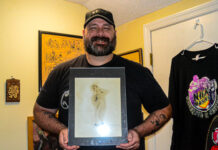