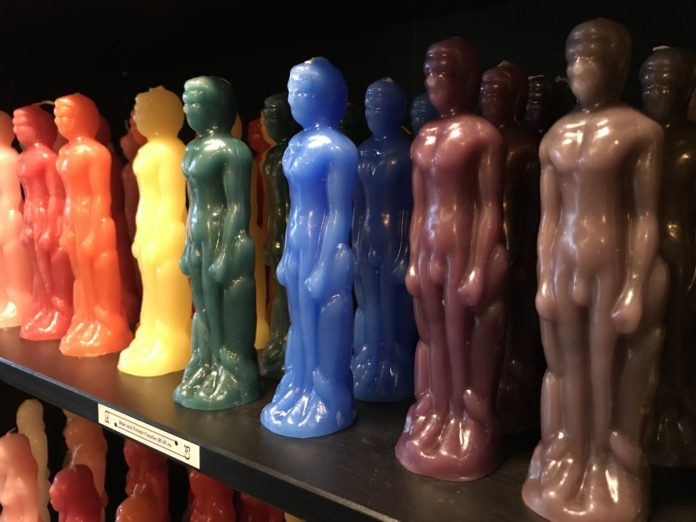 When you step into Mystic Embers, a metaphysical store in Coraopolis, you’re getting a unique shopping experience and a glimpse at owner Ash Robles’s soul. 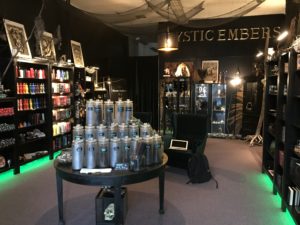 She and her husband Nelson Robles opened the business last October. The black shelves are filled with herbs, books, candles, spiritual oils and altar supplies. You’ll find cast iron cauldrons next to taxidermied bats and artwork from around the world. Mystic Embers is one of only a few local purveyors authorized to sell Madame Talbot’s Victorian Lowbrow and Gothic Lowbrow art.

To commemorate the shop’s anniversary (and 18 years of marriage), the couple is hosting a Season of the Witch Celebration on Friday, Oct. 11 from 5:30 to 8:30 p.m. Food and refreshments will be served at the 4th Ave. storefront-turned-boggy swamp. Guests are welcome to come in costume, but a pointy hat isn’t mandatory.

The Robles are all about inclusion and helping people understand witchcraft without fear of ridicule. 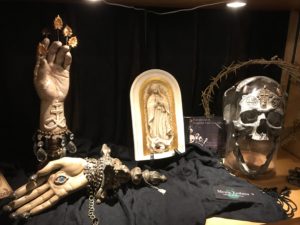 Ash, a native of Lancaster, Pa., took an interest in the occult at age 12. She loved the idea of harnessing energy from her surroundings and tapping into her own inner magic through candle-lighting and incantations, but she often got the cold-shoulder from other, more experienced practitioners.

A board member of Greater Pittsburgh Pagan Pride, she’s happy to share her knowledge. On Oct. 19 at 3:30 p.m., she’ll host a class called Witch, please: The power of confidence.

Mystic Embers gives Ash and other artists a space where their creativity can flow. Dark images feature prominently in her paintings and sculptures, but are often misunderstood by gallery owners and casual art fans. In the back of the shop, one of her mummies is on display.

Although made from PVC piping, papier-mâché, resin and other materials, Imhotation looks like he was plucked straight out of an Egyptian tomb. Ash’s museum-quality replicas are featured in private collections, theater productions and traveling sideshows throughout the world.

So, why open Mystic Embers in Coraopolis? 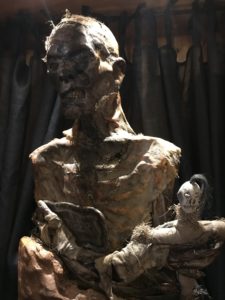 After bouncing around the country years, Nelson, a U.S. Army veteran who now works for the Veteran Benefits Administration, and Ash wanted to settle down with their 16-year-old daughter. They now live in a 140-year-old house in Coraopolis that once belonged to Dr. Frank Braden. The old-time physical who ran a medical practice out of the home until he was 100 years old. He died there in 2014 at age 105.

“I’m not going to say the house is haunted, but you can definitely feel an energy there,” Ash says.

The Robles are channeling all of that energy into Mystic Embers and hope customers will feel the power long after they walk out the door.