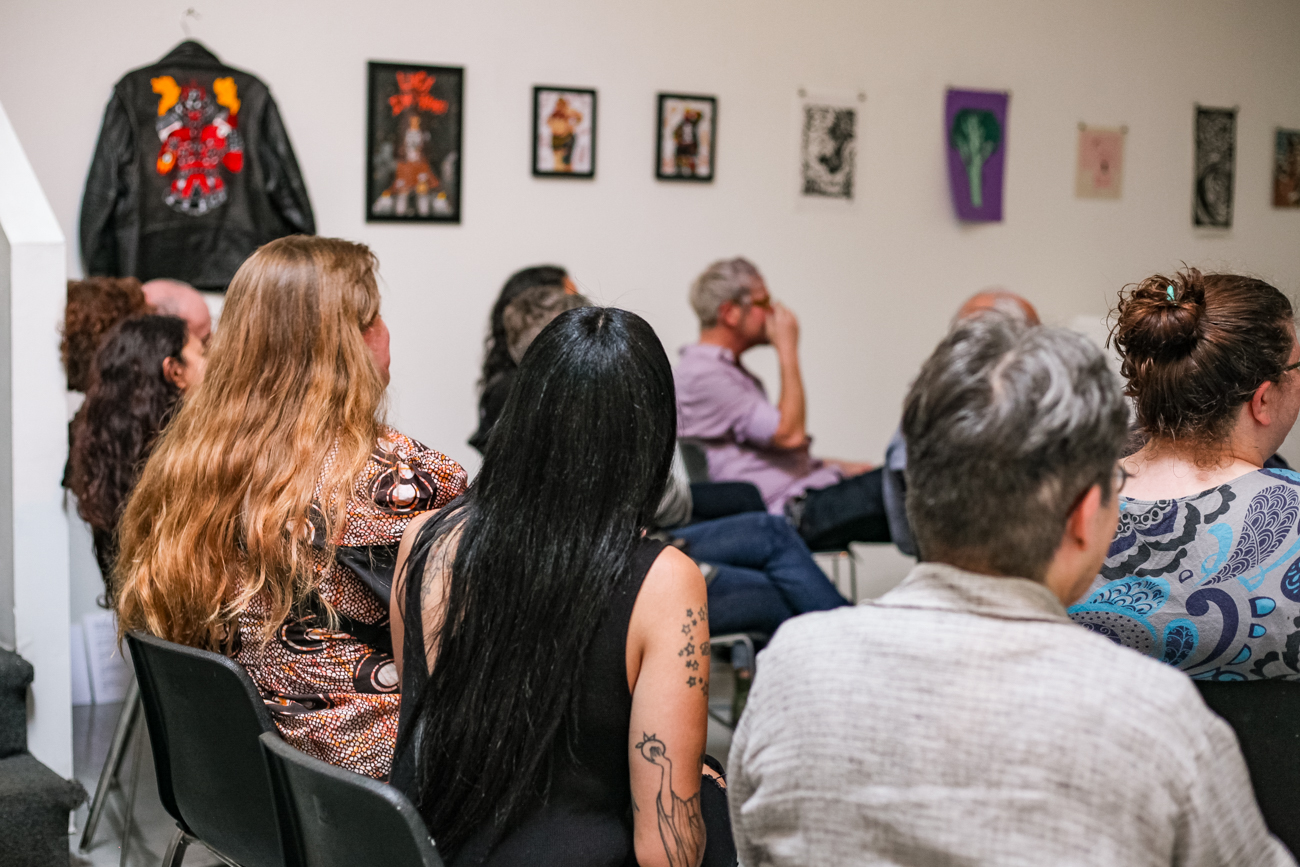 An intimate crowd packed Artist Image Resources (AIR) in the Northside for “Swimming Upstream” with Vicky Clark, a curator in the Pittsburgh market who has worked her way up through the ranks to become one of the most recognized art personalities in the area. Her fire and brimstone demeanor lead a talk about sexism in the art world. This event is in conjunction with the Carolyn Pierotti series DIGS: Sexism in The Arts, which recently premiered at AIR.

The talk started out with Clark highlighting stats relating to female curators, artists, and exhibitions in comparison to their male counterparts. She shared stories of her struggles growing up in a predominantly male field, and parlayed insights on how she combated those obstacles and progressed through the waters of sexism. 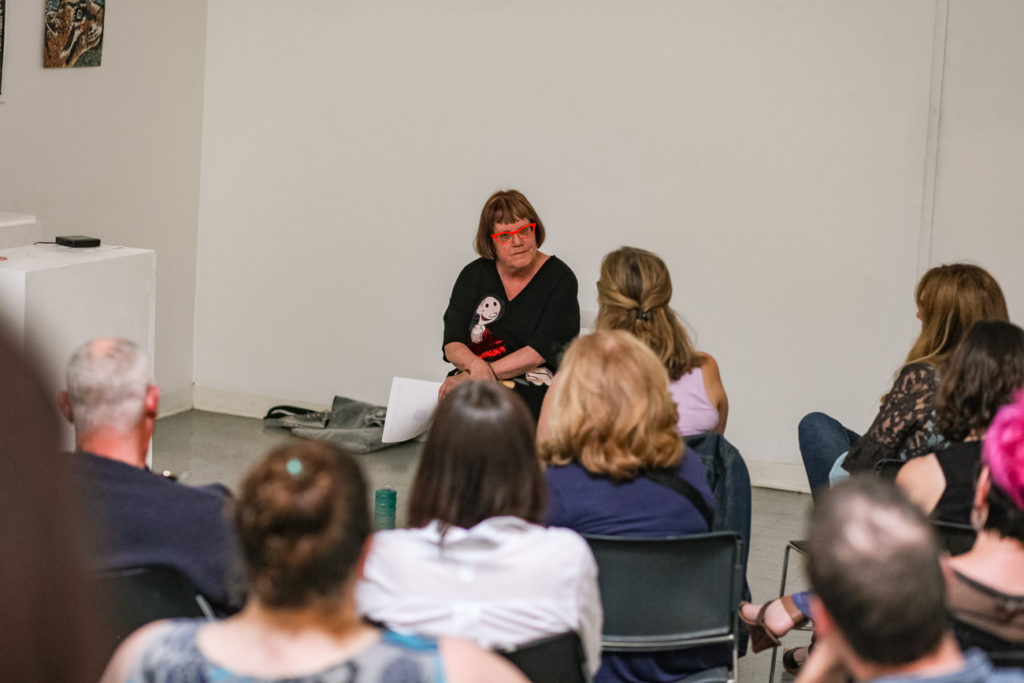 Clark opened the floor up to a Q&A, and that’s when things took an unfortunate turn. Not in a bad way, but in a different way than I expected them too. Several people, including myself, echoed the sentiment of how do we address the problems we’re having in 2017? My issue is the fundamental nature of how and where sexism exists, which is everywhere, and how we can garner a tangible sense of progress through action.

Carolyn Pierotti addressed issues of ageism and being painted as a mom “Playing Curator”; the same concern was reiterated by another curator, Tara Coleman. Other participants spoke to the divisive nature of all-female talks, and I asked simply, how do we start these conversations outside of these four walls?

Clark, while well-respected in her field, I felt to be out of touch with how sexism relates to curators and artists today. Her lack of ability to give discernible guidance for people truly looking for answers lost me a bit. The answers to sincere questions about how to seek help were tepid. It seemed like part of the crowd was a fan club, and some were reliving glory days. Talking about what was done 30 years prior, while relevant to the movement in a grand scope, doesn’t translate into 2017 solutions.

What I do admire about Clark is her “F*ck you” attitude towards the establishment of sexism. Her grit has been tested for many years, and she’s become a woman of influence in her circle. Clark paints herself more of a “humanist” than a feminist, and at the core wants everyone to make it, but her current level off success doesn’t warrant her being out on the streets anymore. While the talk didn’t give me the narrative I was looking for, I was appreciative of Clark’s struggle to fight an overtly oppressive machine, and I hope that more talks like these will continue with more solidified action plans for change.