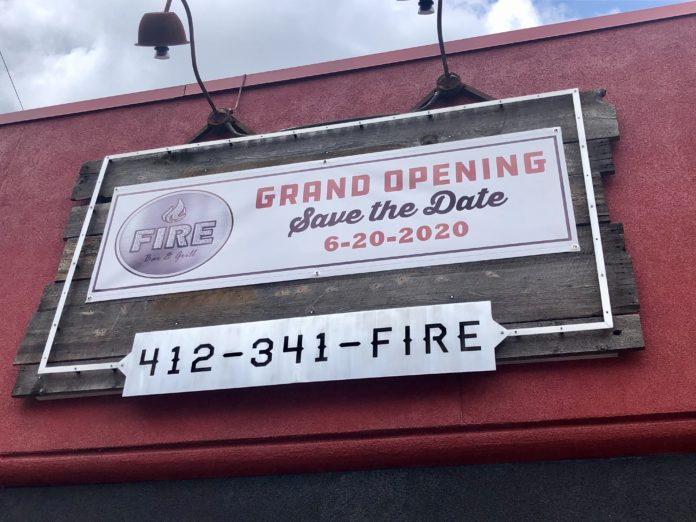 Opening any new restaurant is a great feat, but opening a new restaurant and a deli within a month’s time is undoubtedly an ambitious accomplishment. That’s exactly what Sam and Juliana Boukhima did with Fire Bar and Grill and Juju’s deli in Dormont. 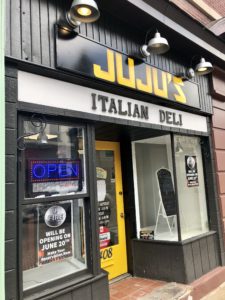 Natives of Brazil and Morocco, after several moves around the county, the couple found themselves in Dormont. The pair quickly fell in love with the community and wondered what more they could do to help their beloved town once COVID hit.

“It really was spontaneous,” said Sam Boukhima. “I love food and this community. We wanted to do our part by bringing our food to the community during these tough times.”

The menu at Fire Bar and Grill is heavily inspired by the Boukhima’s Brazilian and Moroccan backgrounds and features a variety of burgers, wings, tacos and specialty items like oven-roasted Moroccan chicken and Zaalouk bites (Mediterranean spiced eggplants, tomatoes, peppers on sliced Crostini bread).

Fire Bar and Grill caters to every meal of the day including lunch and daily specials. In addition to that, they’ve become a new South Hills brunch spot that’s currently available Saturday and Sunday from 10am-3pm and will soon be also available Monday through Friday.

The previous chef of restaurants in Philadelphia and New York City, chef Brandon Sachs worked with the Voukhima’s to create a menu that reflects their roots. 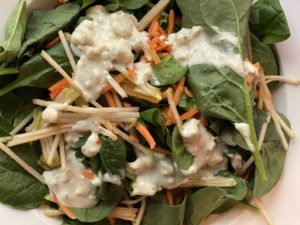 I started with the summer salad that included refreshing Granny Smith apples, carrots, almonds and blue cheese chunks mixed throughout spinach leaves with a lite, homemade and creamy blue cheese dressing. It was a nice appetizer before some sample burger sliders – an owner favorite, the Fire burger topped with Chipotle mayo, along with the cider-basted mushroom and onion burger. The mushrooms and onions had a great flavor along with the Swiss cheese and helped me find my own favorite burger. 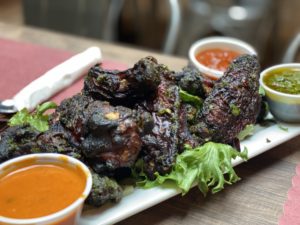 The wings come in a variety of flavors, but all have a similar dark appearance due to marinating in coke and red hot as a base and are baked, fried and grilled. You have the option of buffalo, chimichurri and honey bourbon bbq. All three were juicy and fell off of the bone. 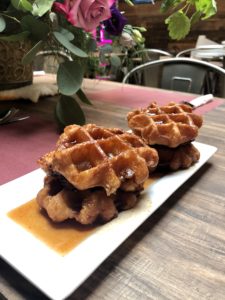 Moving onto brunch you can select something sweet like the French toast with mixed berry compote or something a little more savory like chicken and waffles. Fire takes a unique style on their chicken and waffles that I really admired. Instead of the traditional fried chicken between two waffles, you’ll find sliced, blackened grilled chicken topped with sriracha maple syrup.  A very flavorful and slightly healthier option from the norm.

Almost every night there’s a special to enjoy:

Friday and Saturday:  live music in the parking lot

Fire Bar and Grill is located on 1426 Potomac Ave and Juju’s deli is right down the street. The deli is named after and run by Juliana Voukhima and prides itself for using top fresh ingredients and hormone free, non-processed meats from Boars Head. However, the couple is not stopping there, in about a month they will also open a market for the community.

Connect with Fire Bar and Grill: 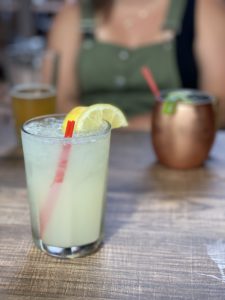