With the ‘buy local’ trend booming in Pittsburgh, it’s no surprise that local soda distributors are thriving and breweries across the region are scurrying to join in on the soda craze.

Natrona Bottling Company has been producing classic glass bottle soda’s for well over a century. Since 1904, the company has been using pinpoint carbonation to produce a unique beverage with a smooth carbonated finish. Their products include Red Ribbon and Jamaica’s Finest with flavors ranging from Almond Creme Soda to Plantation Style Mint Julep.

One of Western Pennsylvania’s oldest soda producers is Pittsburgh Seltzer Works in Swissvale. The company used a carbonator from 1908 and distributed their soda water in vintage seltzer bottles from Czechoslovakia. The company recently went under after many successful years, but their influence on local businesses in Pittsburgh is undying.

Like Pittsburgh Seltzer Works, local soda brewers put an emphasis on the historical relevance of the beverages they’re producing. Natrona produces old fashioned flavors like ginger beer while other breweries produce full flavored root beer far superior to their mass produced predecessors. All the drinks are made with care and value quality over quantity; something that big names like Coca-Cola are unable to do because of sheer demand.

These sodas all use cane sugar instead of corn syrup and newly carbonated water which makes for a more refreshing and flavorful drink. Across the board, locally made soda seems to offer one big thing that national competitors can’t; superior taste and quality. 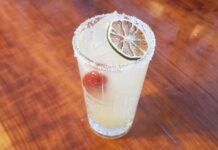 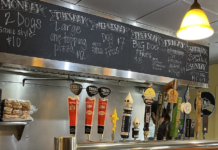