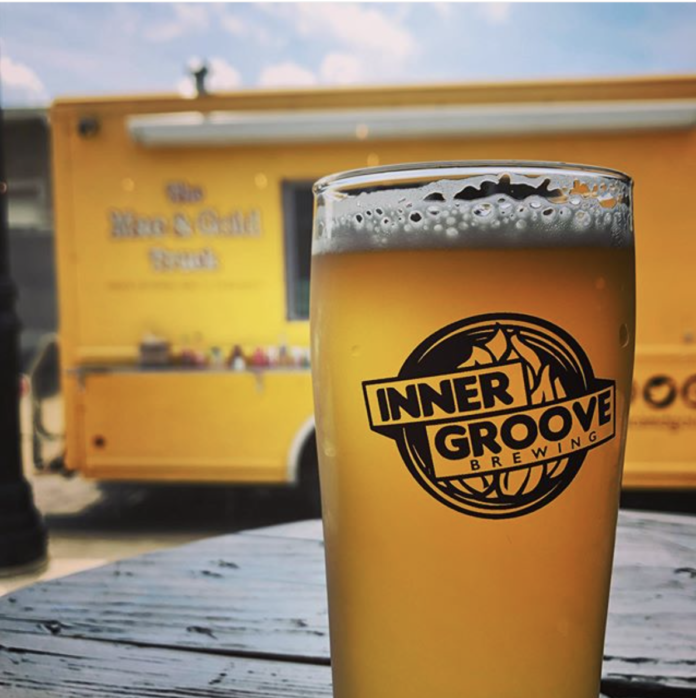 Run, run as fast as you can … to Inner Grove Brewing in Verona. 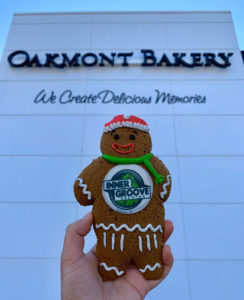 The company, which opened last June, recently teamed up with Oakmont Bakery to create a holiday beer. Ginger Bell Rock is a brown ale made with the bakery’s famous gingerbread cookies. About 150 of the little guys went right into the mash, adding a festive flavor to an already tasty beverage.

Inner Groove, named after the spot on a vinyl record where a band places hidden tracks or messages, dedicated its entire seven-barrel system to Ginger Bell Rock.

The brew will make its debut on Saturday, Nov. 23 starting at 3 p.m. at The Oaks Theater’s Hometown Christmas with Santa, Buddy the Elf and Inner Grove. Folks are invited to enjoy Elf-themed merriment, music spun by DJ Louie Tunes and a ceremonial keg tapping. 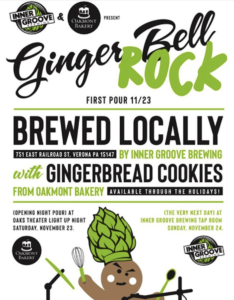 Once the holiday shindig is over, Ginger Bell Rock will be available at the brewery at 751 E. Railroad Ave. It’ll be on tap throughout the holiday season in 5-, 12- and 16-ounce pours and 32-ouce to-go crowlers (they make great gifts!).

Kevin Walzer, who owns the place with his wife, Jennifer, and business partners Tim and Kelly Melle, says they hope to make the cookie beers an ongoing theme at the brewery. 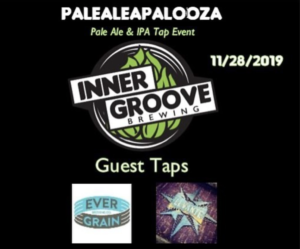 If you’re more of an IPA person, Inner Groove has another present for you. On Friday, Nov. 29 from 3 to 10 p.m., the brewery will host Palealeapaloza, an evening dedicated to hop-forward libations. Inner Groove is bringing back some of their house-made favorites as well as guest taps from Ever Grain Brewing Co., and Levante Brewing.