Kevin Cox’s new eatery has been a South Side institution for nearly 40 years.

The siblings are working hard to carry on the tasty tradition started by Michael and Dee Glowacki. It’s a labor of amore. 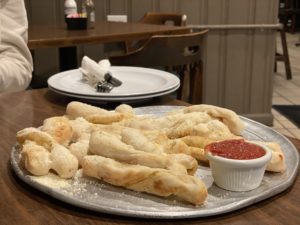 The dough and sauce are made in-house and come in four sizes: an 8-inch personal pie called The Little Charli, small, medium and large. The pepperoni is always a good choice, but Bartender Brad Travis says customers shouldn’t overlook the specialty offerings.

The Turkey Club, for instance, is topped with sauce, cheese, smoked turkey breast and bacon. It’s baked and then covered with diced tomatoes and another layer of cheese. 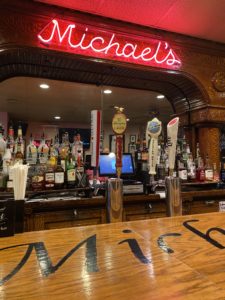 Travis has been slinging drinks behind the ornate wooden bar for 11 years. A lifelong South Side resident, he says everyone, from his co-workers to the clientele, are like family.

When a regular didn’t show up for his daily lunch break, staff members went to his nearby home to check on him, bringing his order along with them. 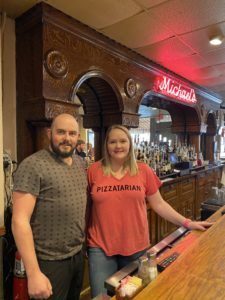 Kevin and Mary’s dad owns the building, so they’ve been customers for years. Kevin even lived in one of the upstairs apartments. To him, and many other people in the neighborhood, the smell of Michael’s pizza is comforting and nostalgic.

That’s why he’s not trying to reinvent the wheel, or, in this case, the pie.

In the future, the new owners hope to resurrect the long-dormant, basement party room and offer parking in a gravel lot down the street.

They encourage South Side visitors to venture off East Carson Street and explore the neighborhood. 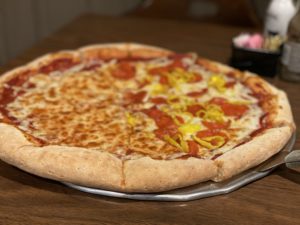 “Before I worked here, I never knew it existed,” says Nicole McEvoy, an employee for eight years. “I always tell people we’re a hidden gem. We’re off the beaten path and people get excited when they find us.”