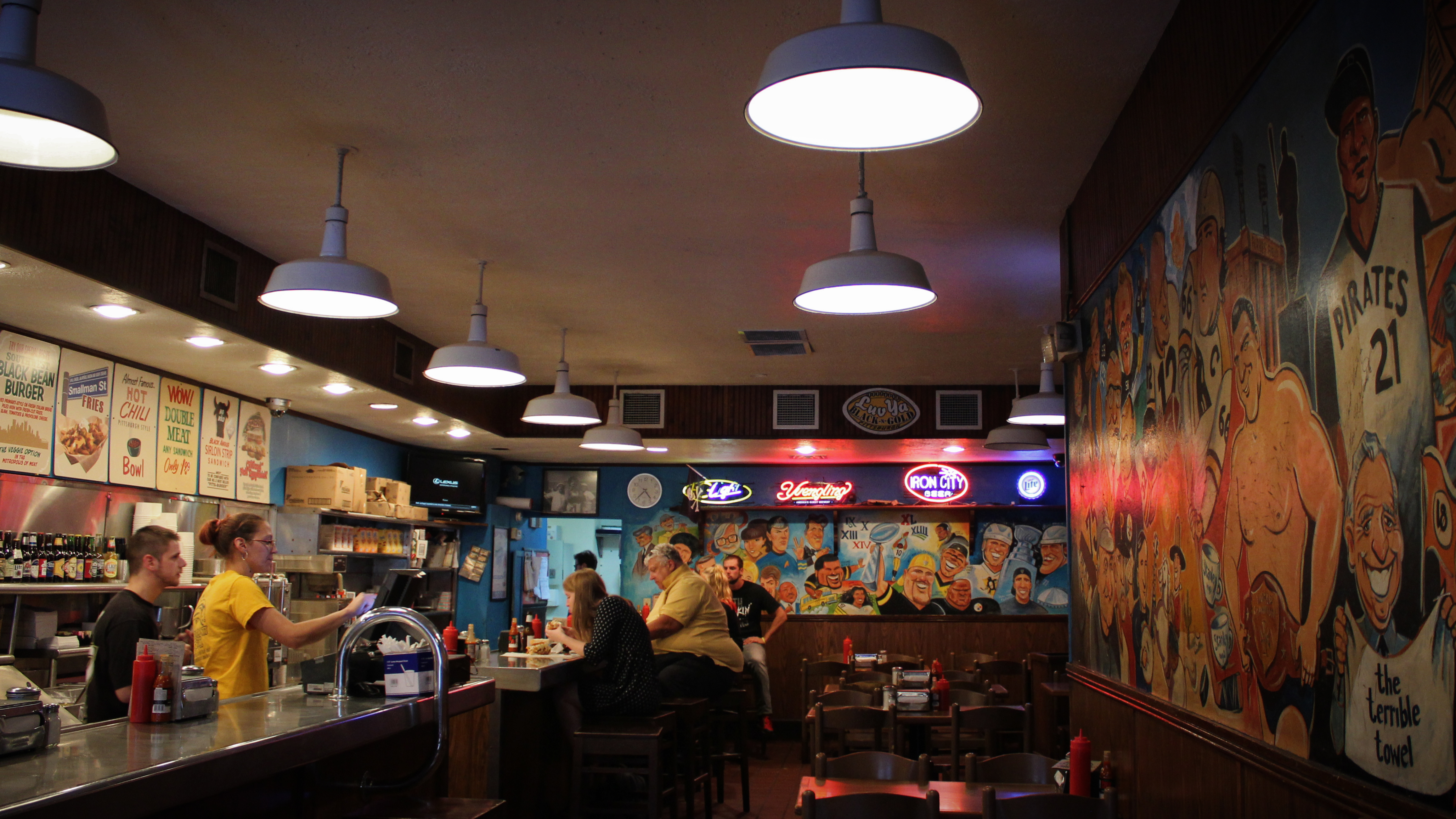 Pittsburghers are known to be passionate people, about many things. A few that come to mind: sports is ubiquitous; bars (whether it’s the coolest spot or the best kept secret); and, of course, the neighborhoods. The people in Pittsburgh are proud to profess undying love for their teams, their dives, and their towns— but just as important, just as timeless, is their love for good food.

Pittsburgh has recently had a huge restaurant boom drawing from all different styles and cultures. Sometimes they work, sometimes they’re embarrassing failures, but while the people here are happy to try the newest spots, they’re always happy to grab a bite at their old favorites. Sandwiches, in particular, are a mainstay in the Burgh. Whether it’s convenience, price, or just plain tasting good, nothing holds up in the steel city quite like a good sandwich— let’s take a look at three old classics that have only gotten stronger as time’s gone on. 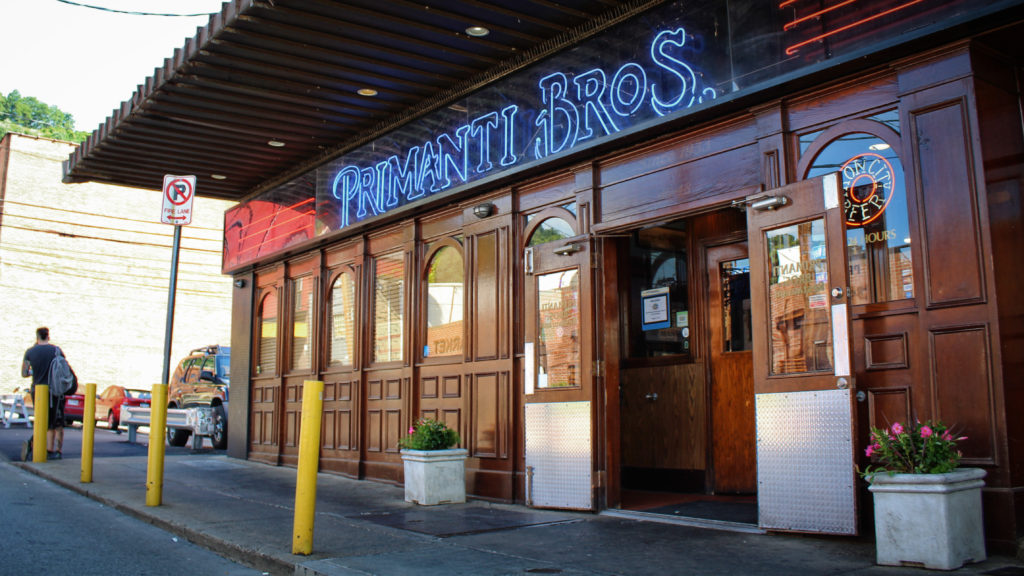 Primanti Brothers is as ubiquitous as sports in Pittsburgh. They are always growing (their latest location is now at the Waterfront in Homestead) and are featured in nearly every national spotlight on the city, but that doesn’t make their sandwiches any less special. Particularly at the original Strip District location.

Opened in 1933, the original Primanti’s has been serving sandwiches—the well-known towers of meat, coleslaw, and french fries between thick slices of Italian bread—continually, twenty-four hours a day. Even as the Strip itself has shifted, like much of the city, into a younger, more modern mindset, Primanti’s has stayed the same. Ryan Wilkinson, speaking for the restaurant, says Primanti’s is happy about that.

“The Strip [location] is what we aspire to be everywhere,” Wilkinson says.

“It’s the marquee location, the crown jewel; it’s always been the same and it will always remain the same as times goes on. The Strip District still has some grit and we want to keep it that way, even as we continue to grow.” 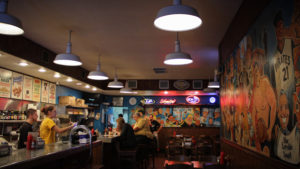 One of the things that changes as much as it stays the same in the Strip, Wilkinson says, is the people.

“The regulars may have changed over the years, but the type of person has always been the same. It’s a hard-working, proud Pittsburgher who’s not going to be swayed by what’s shiny and new; it’s someone who’s looking to lean back into what’s familiar and what’s good.” 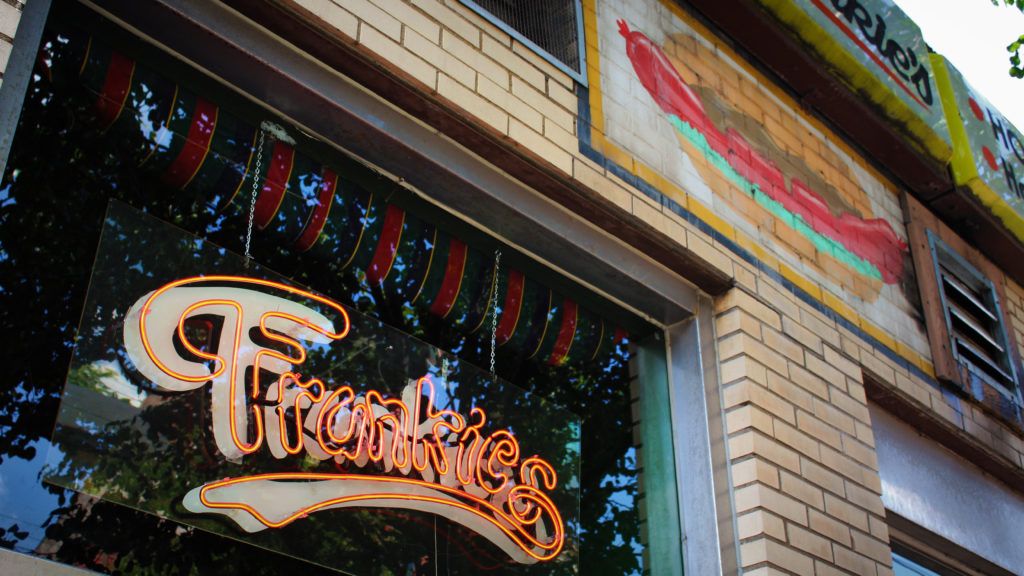 What’s good to a lot of Pittsburghers—what they’re familiar with and want to return to—is a good hot dog. In Lawrenceville, even as most of Butler Street has turned to every trend imaginable, a good hot dog, along with some great hot sausage sandwiches, can still be had at Frankie’s Extra Long.

Rick Zenk, who’s owned Frankie’s since 1989—with his wife, brother, and sister-in-law—has been happy to help keep the restaurant steady over the years, even as the customers have changed.

“Millennials are coming in, but originally we were dealing with people who worked around here during the day. It used to be construction workers, mill guys, car dealers… We lost some of those people over the years, but it’s been a good mix of young and old since.”

Zenk used to be one of the young kids coming in, way before he ended up owning the place.

“I used to go down here when I was in high school,” Zenk laughs. “Sandwiches were fifty cents, then… But we’re still old-school. We just want to give people a decent lunch for cheap.”

Being a part of that old-school is something Zenk is proud of. Though he admits to looking into some light remodeling, he’s glad that people have stayed interested in the restaurant and its unique charms over the years.

“The longevity of just being here has kept people interested. There’s history here, it’s almost like a landmark,” Zenk says. “Even the smell. That’s one of the first things people say about this place, the smell of the onions grilling. On certain days, if the wind’s going, you can smell it up on Penn Avenue.” 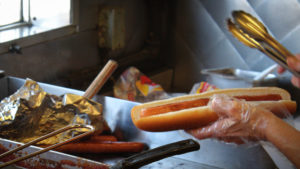 Zenk knows that Frankie’s is one of the last old restaurants on Butler, but he isn’t worried about its future.

“I’ve seen places that just opened up in the last year or two already closing. I don’t know why. Maybe people get bored. But we’re here; this is it. We’re not gonna change anything, so just come in, experience it, and see what you think.”

Most people that come in seem to think it’s great. Some old regulars love Frankie’s enough to take it to their graves.

“We had a request not long ago, where one of our regulars passed away,” Zenk says. “He wanted a sandwich in his casket when he was buried. This guy came in every day. Which, y’know, you can’t do that! You can’t eat this stuff every day… I don’t think I killed him, though.” 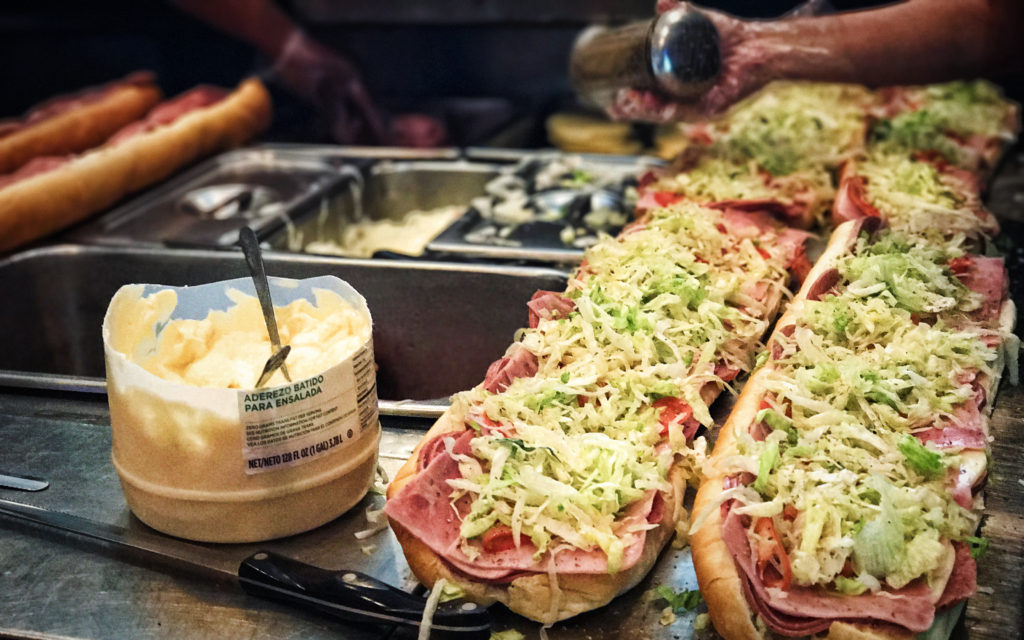 Open for 77 years, the Triangle Bar and Grill in Swissvale has been serving their famous Destroyer and Battleship hoagies (all the way up to the two-and-a-half foot Super Battleship), named from the original owner’s navy experience. However, the Crombie family has owned the Triangle since 1982, with Tom Crombie as the family’s second-generation manager.

“There was no transition date, but around 1994 to ‘95 I really began to take over,” Crombie says. “But always we’ve stuck to the same formula.”

With the exception of adding grilled chicken as an option for the hoagies, Crombie has been happy to stick to making the same classics like roast beef, steak and cheese, and pastrami on freshly baked bread, piled high with lettuce, tomato, and onion.

“Even while the health craze has kicked in over the years and people have wanted to eat better, we’re busier than ever!” Crombie laughs. “It’s just so simple. We make the food right in front of you, everything is super fresh; the amount of produce we go through is amazing— and we’ve been buying everything from the Strip, from the same vendors, all these years.” 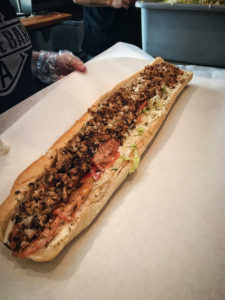 Crombie knows that the food isn’t just as good as what it’s made of, but who makes it.

“We work hard,” Crombie says. “But I have employees that have been with me for twenty years. That’s rare in this business.”

Another thing that’s rare is for a local place like the Triangle to end up on TV, but that’s exactly what happened when the Swissvale shop was featured on the Cooking Channel’s Cheap Eats with Ali Khan, who joyously tore through a cheese steak good enough to make him denounce the Philly purists.

“That has really helped business,” Crombie says. “And [the show] just heard of us through word of mouth. Between that and Facebook I really don’t have to spend a penny on advertising. It’s snowballed, but we still have that core of people who have grown up here… I have literally seen children grow up here, and go on to have their own children that they take here.”

Crombie knows how lucky he is to serve the neighborhood and make people happy. Like a two foot hoagie, it’s fulfilling.

“This is a good life,” Crombie says happily. “I’ve never really thought about retiring. Who would want to?”

Despite Pittsburgh’s ever-changing food culture, some things are too good to leave behind. So yeah, there’s nothing wrong with trying something newer, hipper— but when the sandwiches in Pittsburgh are so good, the real question becomes: Who wouldn’t want one?