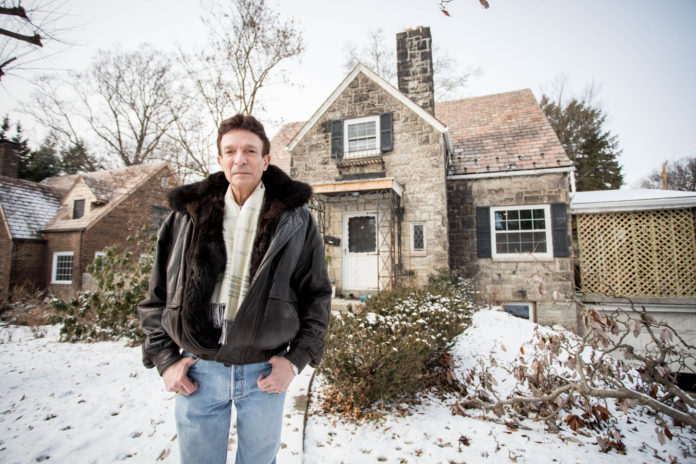 Joseph Auria, a psychologist in Pittsburgh’s Oakland neighborhood, decided to purchase and renovate 2329 Orlando Place, the house beside his. 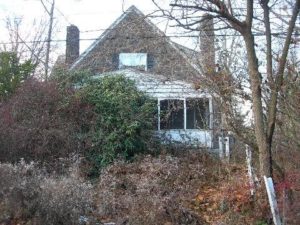 “I live next door, and it just looked horrible. It was depressing property value significantly,” Joseph said. “It became so overgrown we actually had six deer living in the backyard.”

The 1939 house had been empty for 18 years, the deed holder was deceased, and there were six years of taxes due on the property.

Joseph filled out the application for the property through the Vacant Property Recovery Program (VPRP), but, because another application had been submitted for the same property, he had to wait for that application to expire.

Joseph had to develop a rehabilitation plan for the property, listing how he would restore it and getting a loan for those restorations from the bank. An inspector assessed the plan and stated additions required; for example, the stone wall along the driveway was beginning to cave in, so Joseph had to add replacing the wall and paving the driveway to his plan.

When his application went through in August 2015, they had to go through the court system to clear the tax liens and terminate the current owner’s rights to the property. Eventually, Joseph closed on the house on January 27, 2016, after paying the county assessor’s estimate of what the property would be worth. Vacant properties in Wilkinsburg usually go for $5,000 to $8,000, though Joseph’s went for $12,000 because it was a large, corner lot. 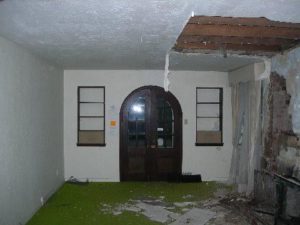 After acquiring the property, Joseph and his contractor discovered there had been 18 years of water leakage down the chimneys, and all of the floor joists and wall studs were rotted.

Joseph wanted the stucco walls removed, but realized afterward that uncovering the walls meant that everything unveiled would now have to be brought up to code: all of the wiring had to be ripped out and all of the plumbing had to be redone. 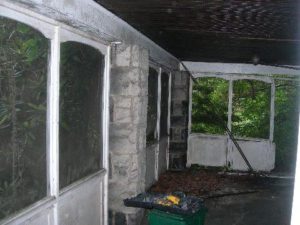 In retrospect, Joseph recommends having a contractor you trust who can supervise the work being done on the property and who, most importantly, understands how to bring everything up to code. Avoiding the code, in his experience, only led to thousands in the cost of replicated efforts when work not up to code (supervised by a prior contractor) had to be redone.

Now, with a finished home, Joseph will apply for an occupancy permit which an inspector will come out to approve, and after approval, the deed on the house will be released to Joseph. Once this is completed, Joseph will be the first non-developer to acquire and restore a property through these means.

Moving forward, Joseph will rent the property to make a profit, enhanced by the Tax Abatement Program, which the Wilkinsburg CDC helped him to apply for.

Over a 10-year period, with the Tax Abatement Program, vacant property purchasers will start by paying zero taxes the first year and incrementally adding 10 percent each year until they are paying taxes in full. If he decides to sell the property, the tax incentive will remain with the home, which would be attractive to potential buyers.

Joseph plans to go through the VPRP again after the first house is finished. He plans to purchase the home behind his which is vacant and tax delinquent, and he plans to collaborate with the same contractor. 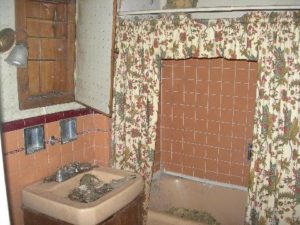 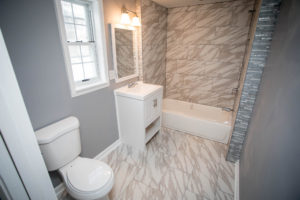 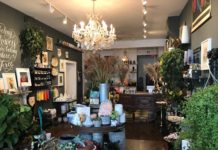 A flourishing small business with roots in the Northside: The Farmers Daughter……