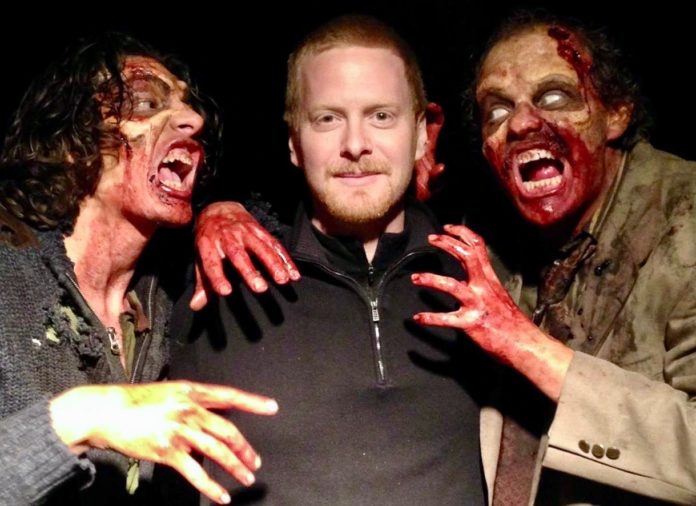 As a kid, Steve Tolin wanted to be a biologist like his dad. 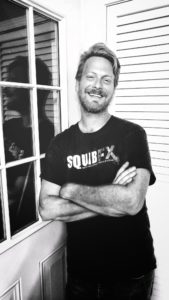 Although he doesn’t work in a laboratory these days, he hasn’t strayed too far from his original career path. Surrounded by severed heads, limbs and bloody entrails, he scoops rigatoni and meatballs onto his plate and chows down.

Each day at the Beechview studio, he and other special-effects artists design and fabricate costumes and props for film, television, live performances, museum exhibits and private commissions. 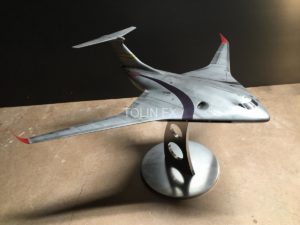 Projects range from a fake tooth to a replica of a Lockheed C-130 Hercules four-engine turboprop military transport aircraft. They’ve made miniature motel signs for the Netflix series “Mindhunter” and the Ark Encounter in Kentucky houses their dinosaurs.

The lengthy to-do list is a series of notecards tacked to a wall. Within the next few months, the team will build adjustable stunt bodies they can rent out, fish replicas for the Louisiana Department of Wildlife and Fisheries and a spray system that will allow stagehands on “Evil Dead: The Musical” to bathe the first few rows of audience members in red liquid. 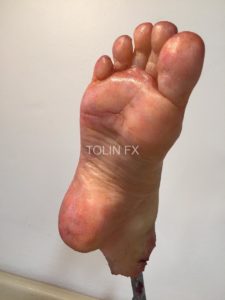 Blood spatter is a company specialty, Squib FX, a division of Tolin FX, produces safe, yet realistic, bullet hits for the stage and screen using innovative, air-powered squib rigs instead of traditional explosives. Their handiwork can be seen in “Bridge to Nowhere” starring Ving Rhames, the Broadway production of “Misery” and Anti-Flag’s “Brandenburg Gate” music video.

Tolin may make a living off of simulated death, but he’s happy to give back to Beechview, a place the West Virginia native has called home for two decades.

He hosts a Halloween party each year at the Coast Avenue studio and is working to refurbish the community’s old Christmas decorations.

Curious passersby are welcome to stop in and have a look around and Tolin is dedicated to teaching the craft to anyone who is willing to trade a little sweat for it. It’s not charity, he’s simply paying it forward. 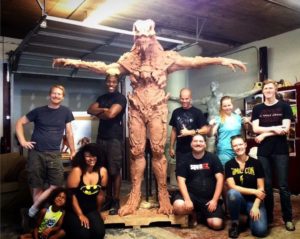 Tolin got a lot of encouragement from his parents (even though he often plugged up the plumbing at his childhood home by mixing foam latex in the kitchen sink) and pioneers in the special-effects field. On a shelf in his office, there are pictures of his heroes: Leonardo da Vinci, Jim Henson, Stan Winston, Fred Rogers, Bob Ross and, of course, his mom and dad.

“I find my joy in helping other people discovering things they’re good at,” he says. “I like to find their X-Men power and nurture it.”