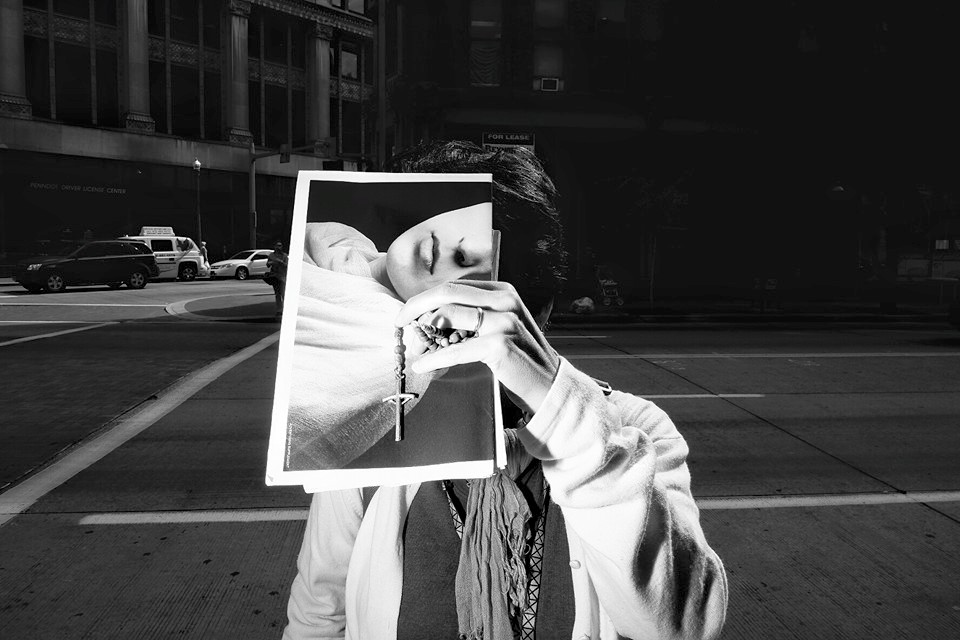 In October of last year, Robert Lee Bailey, a local Pittsburgh street photographer, encountered something disconcerting as he was walking through downtown’s Cultural District on Liberty Avenue. Outside of Pittsburgh’s Planned Parenthood were dozens of pro-life advocates, draped in anti-abortion slogans, distributing informational fliers and pamphlets while trying to convince people not to enter the establishment. The protest was part of the “40 Days for Life” campaign, during which avid pro-lifers had vowed to camp outside of Planned Parenthoods’ doors all over the country for 40 days, rain or shine.

Bailey was struck by the way in which the protesters interacted with the men and women who attempted to enter and exit the Planned Parenthood. Caught time and time again in the crossfire of the protesters’ pro-life propaganda and prayers, these men and women had to work their way through a crowd of people brandishing plastic fetuses, rosaries, and anti-abortion paraphernalia before they could even reach the establishment. 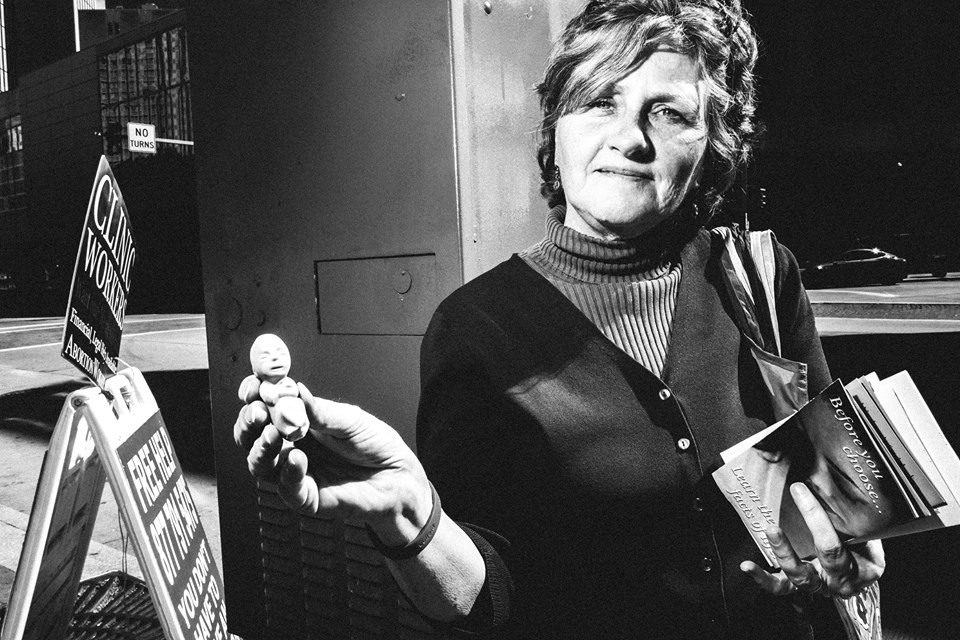 In an interview with Bailey about his photography series, he recalls his own personal experience with the Planned Parenthood protesters:

“I had to take my girlfriend to Planned Parenthood to get a colposcopy, and it was a really stressful situation for her. She was so stressed out about going there, not only because she thought she might have cancer, but because she was worried that the protesters would be there and harass her. She had gone once before to get a colposcopy and biopsy done, and [the protesters] were there; and they were vocally aggressive to her. It made her not want to go back there, regardless of the fact that it had nothing to do with an abortion. But she had to go there because it was the only place she could afford with her insurance…”

It was this experience that prompted Bailey to return to the same spot day after day in order to photograph the protesters in intimate detail. Bailey used the same method of interjection that the protesters used on Planned Parenthood’s patrons in order to take his photographs, approaching them in the same intrusive manner, snapping close-up, high-definition images with his high-powered flash, over and over again, for the remainder of the 40 days of the campaign. 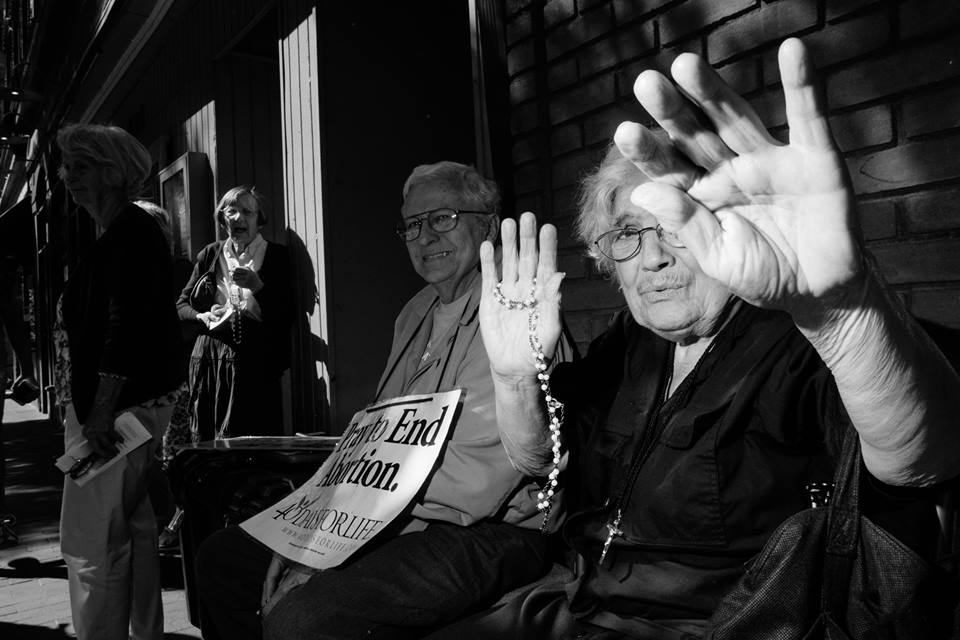 While some of the protesters responded by posing confidently with smiling faces, many of them became angry and even hostile, hiding behind their protest signs so that their faces would not be captured in the photos.

Bailey: “I just wanted to show things the way I see them. I think the use of the flash and working in very close proximity strips away a person’s facade. It shows people the way they really are. Some of those protesters are definitely good people who really believe in what they’re doing with the best intentions. A lot of them are not. That’s all I was trying to capture.”

Bailey’s dynamic portraits of the protesters suggest something contradictory about the moral transparency of the pro-life movement in the United States.

Bailey: “When I would read the protesters’ blog, everything they wrote was just such a distortion of reality. They would see a couple going into Planned Parenthood, and think they’re cowards who are going in to commit a murder. I would look at that same couple going in and think, they’re probably going in for a cancer screening.” 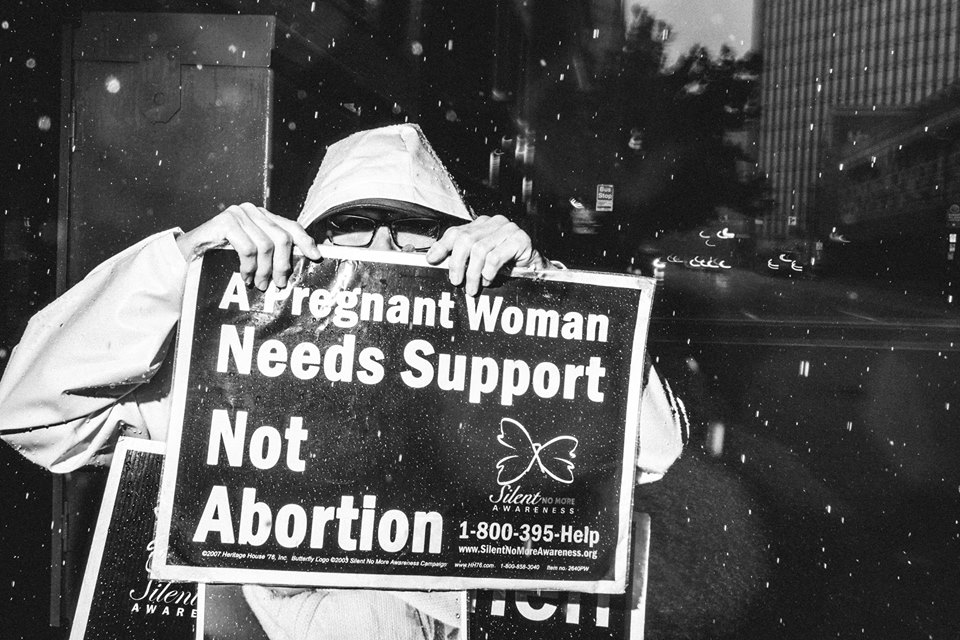 Bailey: “You can see in a lot of the photos [the protesters] would try to hide their face or turn away. They would write about me on their blog, accusing me of harassing them. This one woman in particular was really adamant that I couldn’t use the photos for anything because I didn’t have a model release, which is not true; I explained they were in public and subject to be photographed. Then this same woman said I was using photography as a “form of intimidation,” which is ironic because they’re intimidating the people who go to Planned Parenthood for basic healthcare and birth control.”