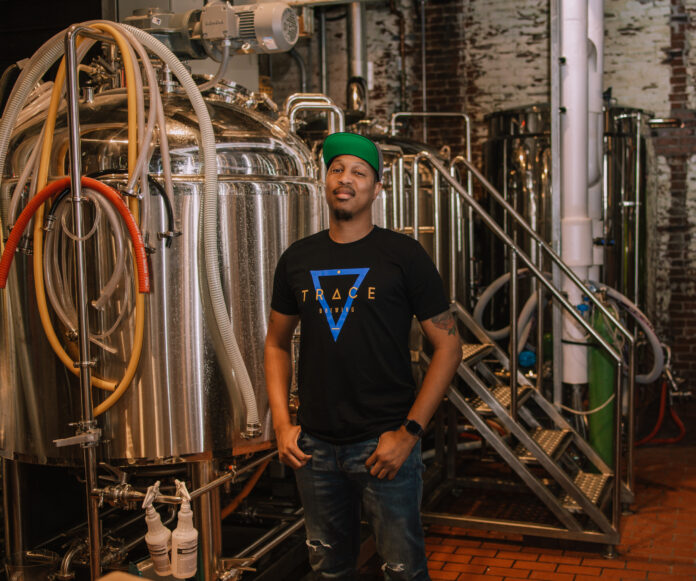 Dev Johnson knows it’s going to be hard to top his 39th birthday.

He celebrated Jan. 4, 2021 by starting a six-month, paid vocational training program at Trace Brewing in Bloomfield.

“I was like a baby taking his first steps,” he says in between a new pilsner he helped create. “It was one of the most exciting days.”

Johnson is the first paid trainee at Trace, which opened in December. He’s learning all aspects of the beer-making process, from sanitation and fermentation to perfecting recipes and hauling raw ingredients. He’s assisted Head Brewer Zach Colton on nearly all of the brewery’s 27 releases and even named a few of the beverages after finding inspiration in song lyrics.

He’ll continue to brew until mid-June, when he has to cut his stint short due to surgery.

“Nothing is going to stop me from coming back into the craft beer scene,” he says. “The end-game is to be the first Black brewery owner or the first Black head brewer in Pittsburgh.” 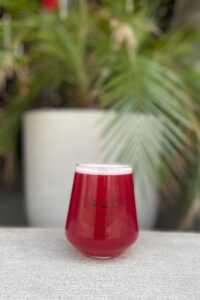 The North Side native has lived a transient life, calling 36 different places home in less than four decades. Despite his travels, he rarely sees people who look like him when he’s visiting a brewery.

One goal of Trace’s vocational training program is to diversify the brewing industry by encouraging women, people of color and the LGBTQ community to apply for a spot. Trace Marketing Manager Aadam Soorma sits on the board of the Pittsburgh Brewery and Taproom Diversity Council, a group of industry professionals who want to include, celebrate and elevate underrepresented groups in the city’s craft beer scene.

The next trainee is a woman who was selected from hundreds of applicants. She starts her learning experience in July.

Johnson, who dabbled in homebrewing with the Trans-Allegheny Brewing Collective, considers himself a jack-of-all-trades and has worked in various industries, but brewing is his true calling. 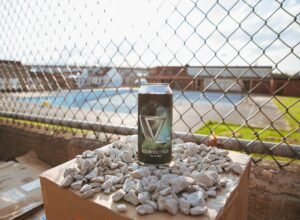 He considers himself a student of beer and spends his free time absorbing as much information on the subject as he can. He’s currently immersed in the Encyclopedia of Beer, a thick tome of 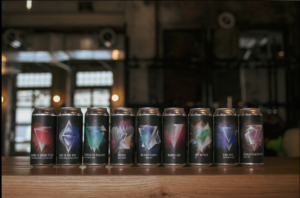 No prior brewing experience is required, nor is a high school diploma or college degree, to earn a place at Trace. You just need to be of legal drinking age and have a willingness to learn how suds are made.
Trace’s brewing equipment is on full display in the taproom, which allows customers to learn about the process, too. If it’s not a busy day, Johnson is happy to chat with folks who belly up to the bar overlooking the 10-barrel system.

Although he’s a fan of stouts and porters, his favorite style to make is spontaneously fermented beer, which is created in a separate area called the koelschip room. Inside, there’s a flat, open-top vessel where wort cools and airborne yeasts and bacteria inoculate the beer naturally to create a spontaneous fermentation. 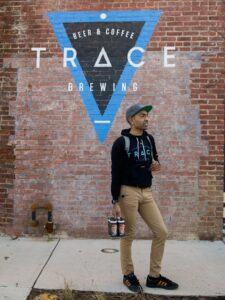 You won’t be able to try Johnson’s handiwork in that department for a while though. The wild beer is aging in bourbon and wine barrels for one to three years.

Johnson says he’s gained so much knowledge since that fateful birthday. Although he could go anywhere to pursue a career, he wants to stay in Pittsburgh.

“I don’t want to leave when I can possibly make a difference,” he says. “Pittsburgh is home; it’s family. I said in an Instagram post years ago, ‘There’s no other place I’d rather be than in the City of Steel and the Rivers of Three.”

Trace Brewing is located at 4312 Main Street in Bloomfield. For more information about the vocational training program, visit www.tracebloomfield.com.