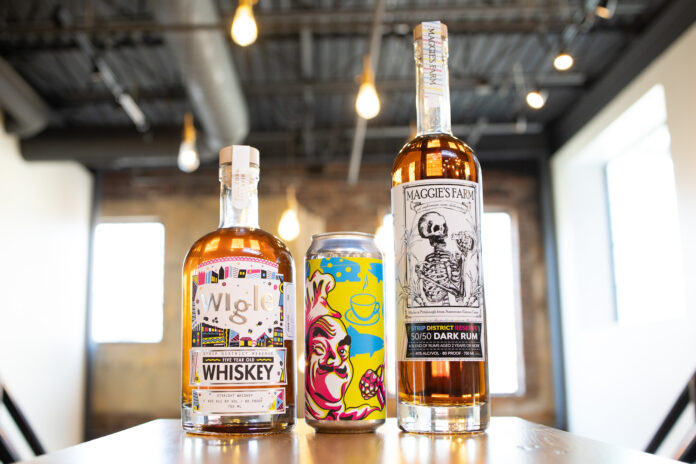 Smallman Street is a big thoroughfare for booze.

Cinderlands Beer Co., Maggie’s Farm Rum and Wigle Whiskey all occupy that stretch of the Strip District. This month, the businesses are celebrating the neighborhood by simultaneously releasing products that reflect the area’s past, future and enduring spirit. 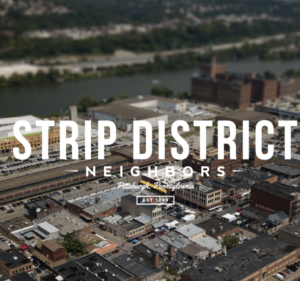 Limited edition bottles of Strip District Reserve, the collective name of the project, will be available online and inside each business on Oct. 24. Part of the proceeds will benefit Strip District Neighbors, a volunteer-run community development corporation.

“Strip District Neighbors is thrilled to partner with our local makers to make something special while doing good at the same time,” says board Vice President Pamela Austin. “We hope that everyone joins us in toasting the eclectic and wonderful Strip District!”

• Cinderlands, located at 2601 Smallman Street, brewed an India Pale Ale with Motueka hops and hints of citrus and garden herbs. Pittsburgh-based tattoo artist Abby Rose designed the label, which features a chef surrounded by the goods he scored during his shopping trip through the Strip. 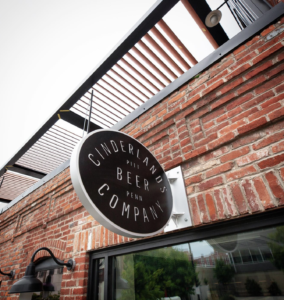 • Maggie’s Farm’s contribution, an 80-proof rum with an equal blend of young and aged liquid, was aged for another two years at 3212a Smallman Street in a 53-gallon ex-Nicaraguan rum cask. It boasts tasting notes of brown sugar, vanilla, campfire and herbaceousness. Artist Hannah Grace Clark’s classic skeleton label was given a modern makeover by designer Austin Richter. 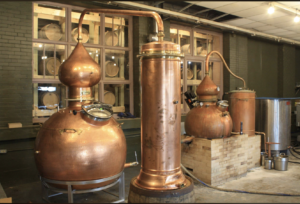 • Wigle Whiskey, which occupies 2401 Smallman Street, brings to the table a blend of rye, wheat and malted barley aged for five years in a 53-gallon cask. The whiskey features rich notes of malt, tobacco and baking spices. Pittsburgh artist Sarah Zeffiro designed the label, which captures the color, movement and personality of the Strip and it’s iconic businesses, including Penn Mac and La Prima, along with the Pittsburgh skyline and 16th Street Bridge.

“A decade ago, when we were deciding where we wanted to locate the City’s first Whiskey Distillery since Prohibition, we knew it had to be in the Strip District,” says Meredith Grelli, Wigle Whiskey Co-Owner. “The Strip is so singular in its history of food and beverage production and distribution in our region. It is so chock full of all the many flavors that have and continue to inform our region’s culture.”

Interested in taking a sneak sip of the alcohol? Wigle is hosting a tasting on Thursday, Oct. 22.