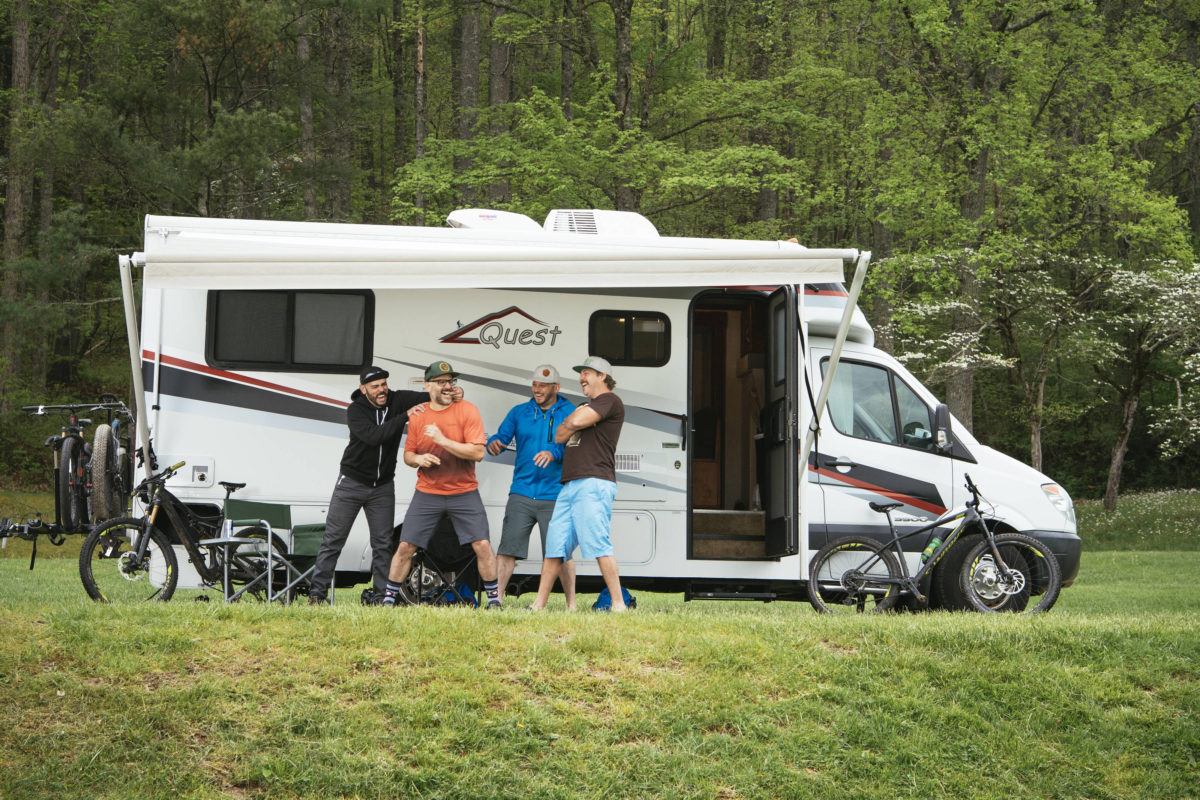 Justin Severino, chef and owner of Cure, and Morcilla, needs a few minutes to collect himself. Being an owner/operator of two well-known, and well-appointed restaurants in Pittsburgh, the rigors of everyday eat life can bog down even the most stone-faced restaurateur. And so, as tradition would have it, Severino started something affectionately known as the “Bike Bros” trip, a cross-country mountain biking fest full of sweat, biking, spandex, more biking, glorious meats…And even more glorious back up meats.

The journey took Severino, an avid mountain bike enthusiast, and three of his best mates (Brandon Masi, Jason Church, and Aaron Krocke) from Pittsburgh to Asheville, North Carolina, by way of the Appalachian Mountains. During the trip, the good chef naturally breaks out the culinary bounty for his brethren which included steaks, a legendary 50 different styles of sausages, and plenty of other coma-inducing grub and drinks for the road.

Red Bull, facilitators of awesome sauce, followed the adventurous crew as they shredded trails, develop acute meat sweats, and visited places like Reeb Ranch, host to The Red Bull Dreamline, an insane BMX jump competition held a few years prior.  Severino also teamed up with Elliot Moss, owner and chef at Buxton Hall in Asheville, NC to guest cook for the evening.

The camaraderie is palpable throughout the trip. As with many of Red Bull’s projects, they seamlessly add heart, humor and grit to their videos, making the insane seem pretty attainable. I’m 260 lbs., and not meant to leave the ground unless I’m on an aircraft, but at least I have hope that one day, with lots of practice, I too can break something while attempting to trail ride through the mountains of North Carolina.