With boundless energy and enthusiasm, the founder and owner of Pennsylvania Libations hustles to build his boozy empire. 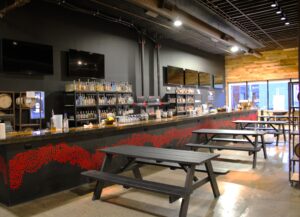 In addition to running the state’s only privately owned liquor store, Simmons, who lives and works in the Strip District, recently opened 1700 Penn, a 6,000-square-foot Helltown Brewing taproom, full-service bar and PA Libations Wine Shop with food provided by Aviva Brick Oven. Sip and eat inside the spacious facility or head out to beer garden for live music on the weekends. Don’t worry, the fire pits — and the alcohol — will keep you warm. 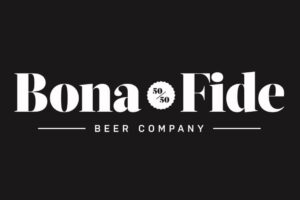 Bonafide will churn out approachable brews that will make everyone — from beer snobs to Budweiser devotees — happy. Simmons has new, high-proof ideas fermenting, but he’s not ready to release the details just yet. On top of these business deals, the entrepreneur’s got the most important job in the world: dad. His son, Roman, is 11 years old.

Simmons grew up in Ligonier and was, in his own words, “incorrigible.” Traditional schooling was not his cup of tea, so he left before graduation, got his GED and moved to Bend, Ore., where he racked up awards and local sponsorship deals for his snowboarding abilities.

He also worked part-time as a fry cook at Deschutes Brewery, a stalwart on the craft beer scene since 1988. Making good beer, he thought, seemed like a good business to get into. A chance encounter with an old friend provided him with that very opportunity. 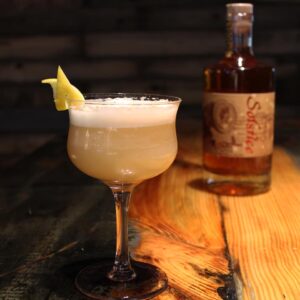 station. The guy, a homebrewer, used the cubes to chill the wort during the brewing process and invited Simmons to his garage to see how it’s done.

The rekindled friendship led Simmons to become a minority shareholder in Four Seasons Brewing Co. in Latrobe. He left that microbrewery to pursue bigger dreams.

PA Libations, located at 2103 Penn Ave., started as CGS Brokers in 2015. At that time, Simmons was stumping for only one Keystone State distillery, CJ Spirits in Kane, Pa.

Now he sells for 17 distilleries, 20 wineries and three breweries and has a small, but loyal army of employees who share his passion for locally made libations. 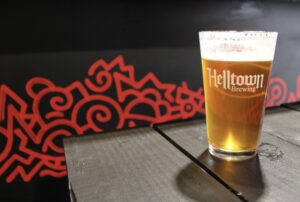 “Why PA products? I’ve always liked local,” he says. “Business-wise, distribution is much cheaper when it’s close to home. Pushing a product from Texas in Pittsburgh is a tough sell unless you have a big marketing budget like Tito’s Vodka. I like supporting the local community and keeping the money close to home.”