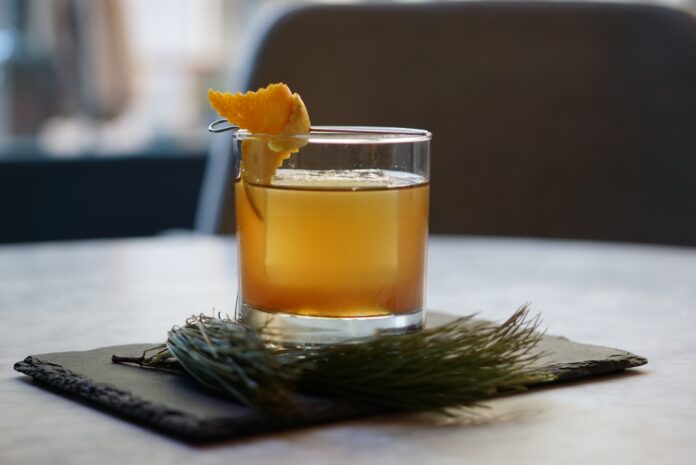 Derek Ott wants to create a connection between bartenders and customers, even if they can’t be across the mahogany from each other.

“I’m hoping to give people an experience that keeps the culture and the cocktail scene thriving,” says Ott, a veteran mixologist from California. “I also want to shine the spotlight on the amazing bartenders in the area.”

Since moving to Pittsburgh in 2015, he has helmed high-end bar programs all over the city, from Jean Louis in Dormont to Oakland’s Spirits and Tales to Bridges & Bourbon Downtown. 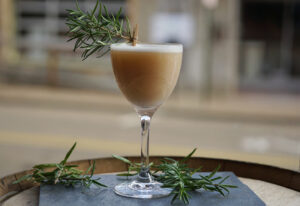 Early last year, he decided to create his own boozy business venture, Derivative Mixology, a consulting firm that helps local bars and restaurants elevate their liquid offerings. Using all of the barroom wisdom and tricks he’s learned through his work and travels, he whips up creative cocktails and offers web design, photography and marketing services.

Ott was ready to pop the proverbial champagne when the pandemic hit.

Suddenly, all restaurants were closed and bartenders, the heart and soul of an establishment, vanished from sight.

That’s when Ott began approaching restaurants who, at that point, were operating as takeout-only joints. He offered to create unique cocktails for them using their existing liquor inventory. He provided the fresh ingredients, including syrups, bitters and fruit juices, along FDA-approved bottles and labels.

Ott is now expanding the Featured Cocktail Experience to include local distilleries and bartenders.

For the inaugural drinks, he teamed with Lucky Sign Spirits in Millvale to make the Lucky Cardigan: a mix of the distillery’s London Dry Gin, allspice dram, organic oat milk, vanilla rosemary honey syrup and black walnut bitters (try it warm with whipped cream on top). The second offering, Smokin’ Fir, is a winter-inspired Old Fashioned recipe compliments of Jimmy “Hammer” Jakubik from The Warren Bar & Burrow Downtown. It is a potent blend of bourbon, spiced cocktail syrup, mole bitters and cherry bitters.

The beverages are available at Oddballs in the South Side and Fire Bar & Grill in Dormont.
The seasonal drinks come in 16-ounce and 8-ounce recyclable bottles, respectively, and contain approximately three servings each. Scan the QR code to learn about the bartender, distillery and inspiration behind the cocktail, get food pairing recommendations and even watch videos that show you how to make the beverage at home.
In addition to educating the public, Derivative Mixology donates 10 percent of its sales to the Restaurant Workers Community Foundation.

Ott is working on a new round of Spring cocktails that he hopes to debut in early-March. He’s asking local bartenders to reach out with recipe ideas.

It’s not just creating a tasty aperitif, he says, it’s about forming relationships from afar.
We’ll drink to that.