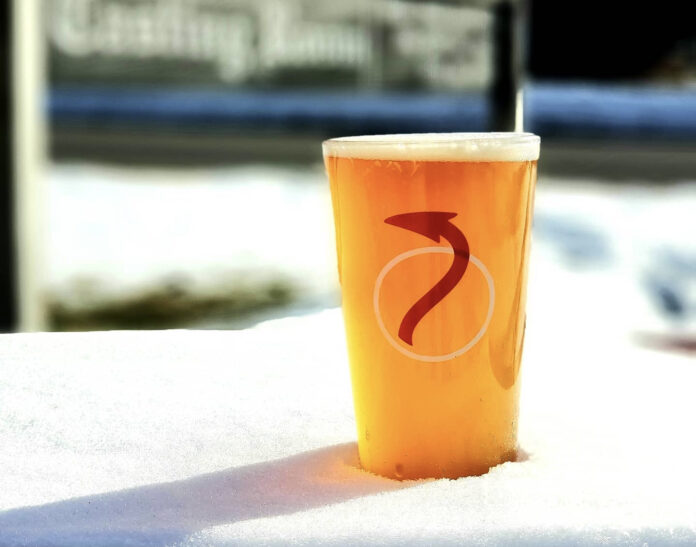 Don’t let the name fool you; the folks at Helltown Brewing are angels.

The Mt. Pleasant-based brewery recently partnered with Helping Hops to produce a beer to support the   Westmoreland and Washington county food banks. 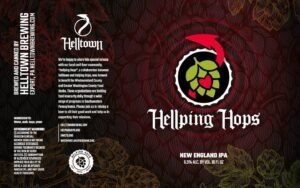 The appropriately named Hellping Hops, which clocks in at 6.5 percent ABV, will be released in mid- to late-February. It is a New England IPA with bright citrus and stone fruit aromas, orange and lemon flavors and a dry finish. The beer will only be available at Helltown’ taprooms in Export, Houston, Mt. Pleasant and the Strip District.

A dollar from each four-pack and $1.50 from each draft will be donated to the food banks.

So, what inspired Helltown to do this heavenly deed?

Andrew Stroh, founder of Helping Hops, is a friend.

Originally from Donora, the Columbus, Ohio resident started the 501(c)3 organization to promote social and environmental sustainability among craft brewers, their industry supply chain and their consumers.

Stroh and a team of volunteers help brewery owners – who are focused on keeping their businesses afloat – organize fundraising efforts and help offset the cost of raw materials. It’s a win-win for everyone involved: Customers enjoy a great beer, charities get a financial boost and brewers strengthen their community bond.

Stroh (who is no relation to Detroit’s famous Stroh beer family) is an energy engineer by trade. During his work-related travels around the world, he finds time to stop in at local breweries. He says he learns more about the foreign town he’s in from the bartender than he would reading a tourist’s guide to the city. 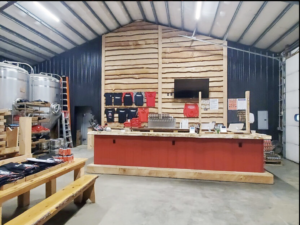 Breweries are neighborhood gathering places, which is why COVID-19 has taken such a disastrous toll on the industry.

Not being able to host in-person events, or even invite people to belly up to the bar for a pint, has forced companies to pivot their business models: they’re relying on online sales and virtual beer tastings.

Helping Hops wants to expand its reach and practices to give these struggling community hubs a way to give back while, at the same time, keeping the lights on.

Stroh says he’s looking for “beer ambassadors” in the Pittsburgh region to promote Helping Hops and connect with area breweries. The organization sells T-shirts and glassware and other swag to cover its own overhead.

The experience with Helltown, Helping Hops’ first Pittsburgh-based fundraising event, has been very rewarding for Stroh. 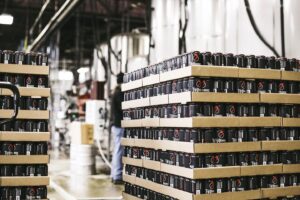 “Everyone involved got into it to help the food banks,” he says. “We want to tell that story and promote the businesses that are being community stewards. They’re doing it for the right reasons. If you don’t support these places, they go away.”