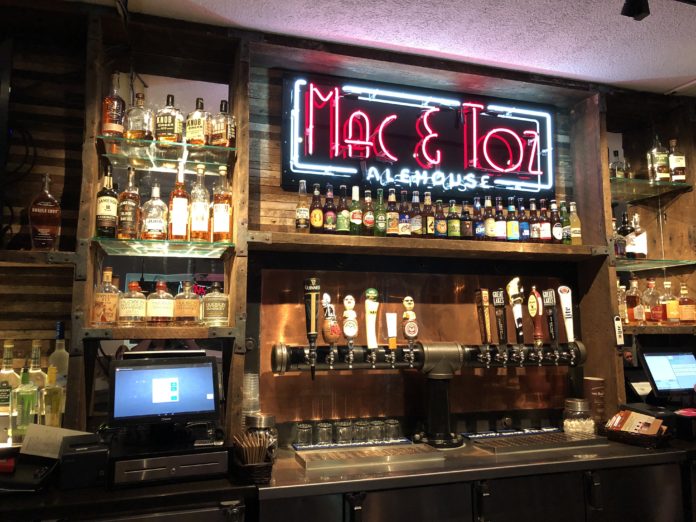 Macaroni and cheese is well known as a comfort food to many and Mac & Toz Alehouse in Bridgeville takes this concept to a whole different level. The menu is filled with dishes like the Lobster Pot Mac (self-explanatory!) and the Buffalo Bleu Mac which is mac and cheese with buffalo sauce and bleu cheese (yum!). 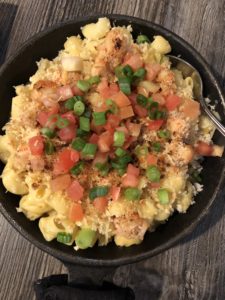 First, start with the Whiskey Tasting wall filled with local as well as national libations. Customers can sample a taste of their favorite brand or take a tour of a region.

The third is the atmosphere,  with a relaxed bar feel,  it’s the type of place you can bring the family or stop after work for a beer.

Chef Randy, the mastermind behind Mac & Toz. Randy, is an Upper St Clair native who studied at the Pennsylvania Culinary Institute in Pittsburgh. He went on to win numerous awards from the American Culinary Federation and Chef of the Year title in 2012. I had the opportunity to ask him a few questions about Mac & Toz (where he also displayed his great sense of humor). 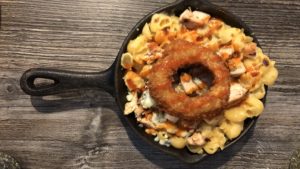 How did you come up with the name Mac & Toz?

This is a combination of names, my partner’s name and mine, McMahon and Tozzie.

Which item on the menu is your favorite or most outrageous?

If you could have one person alive or dead try one of your dishes who
would it be and why?

Lord Eddard Stark, also known as Ned Stark, was the head of House Stark, the Lord of Winterfell, Lord Paramount and Warden of the North, and later Hand of the King to King Robert I Baratheon. He was a dedicated husband and father, a loyal friend and an honorable lord. He was a man of integrity and would enjoy a heaping skillet of our Mac Attack mac and cheese.  Although I would have to bridge the culinary gap and include a native Winterfell ingredient, something worthy of the iron throne.

For more information about Mac & Toz, visit http://macntozalehouse.com. For up to date information on events, visit them on Facebook.