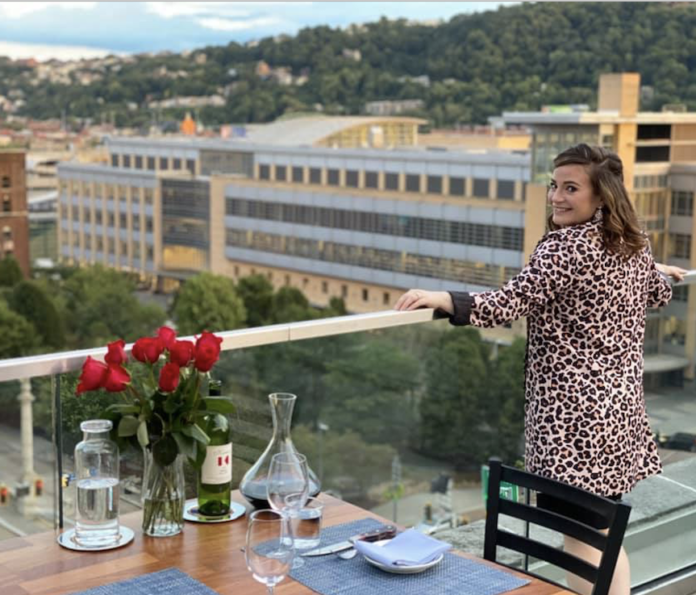 Or, the Whale has been closed since March 15th, they did attempt a reopening in June, but like other restaurants that didn’t last. We spoke with Ryan Gorka about the current status of operations and a potential path to opening to the public.

LOCALpgh- What do the reopening plans look like for your spaces? 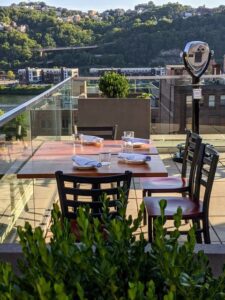 Ryan Gorka-With the hotel scheduled to open September 11th, we are hoping to have the Boulevard Lounge staffed to serve guests then, and as hotel demand grows and restrictions ease, we can open or, The Whale.

Lpgh– During your brief reopening in June you did attempt take out service correct?

RG- Yes and it was very difficult because of the location, the hotel being closed and the style of cuisine and its multi-course presentation just never translated well. We did try and adapt our menu but we honestly just aren’t set up for take out.

Lpgh– Obviously with only 25% occupancy and no take out being open just wasn’t making sense.

RG-At 25% the amount of staff we need isn’t much different than at 100%, so labor cost alone is a major deterrent. At 50% maybe will be able to manage it, but that will also depend on the amount of demand for this type of dining.

Lpgh– Will this decision also tie into how busy the Distrikt Hotel becomes?

RG– Absolutely, this will be a key consideration.

Lpgh- Any staffing concerns as you reopen?

RG– When we did attempt the reopening in June the majority of our staff did want to come back, so we think that’s a good sign. 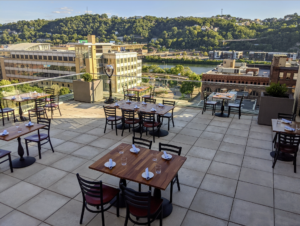 Lpgh– You also have event space on the rooftop as well as private dining availability, how was this impacted?

RG– We did have a lot of events cancel due to size restrictions, but we still are open and taking events. We have several weddings coming up. The rooftop space is not suitable for regular service but works well for prix fixe dinners and the view is amazing. We recently did a rooftop dinner for two celebrating an anniversary.

Lpgh– These prix fixe dinners are not enough to sustain fulltime staff. Is this one step in getting up and running?

RG- Exactly, this is a way to get some money to staff, to help fund some of the changes in the restaurant and cover some general operating costs. 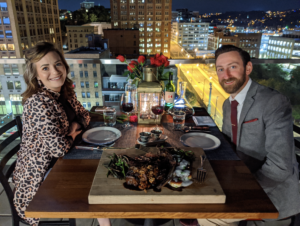 Lpgh– Currently you have how many of these rooftop dinners planned?

RG– There are 8 planned for this fall either on a Friday or Saturday night with contingent plans for weather.

Lpgh– Tell me about some of the collaborations you have planned

RG- Yes; we have a Hop Farm beer pairing, Kevin Perez with Grapes to Glass a local wine purveyor, Nami York, lead bartender at Con Alma, an or, The Whale Alumni will be coming back to craft some cocktails for a dinner, to name a few

Lpgh– Are there any other plans in place for the rooftop.

RG– We are pursuing private dinner service for 2-10 for special events. 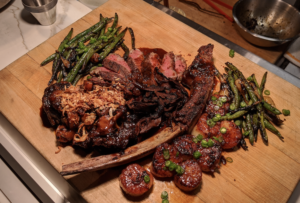