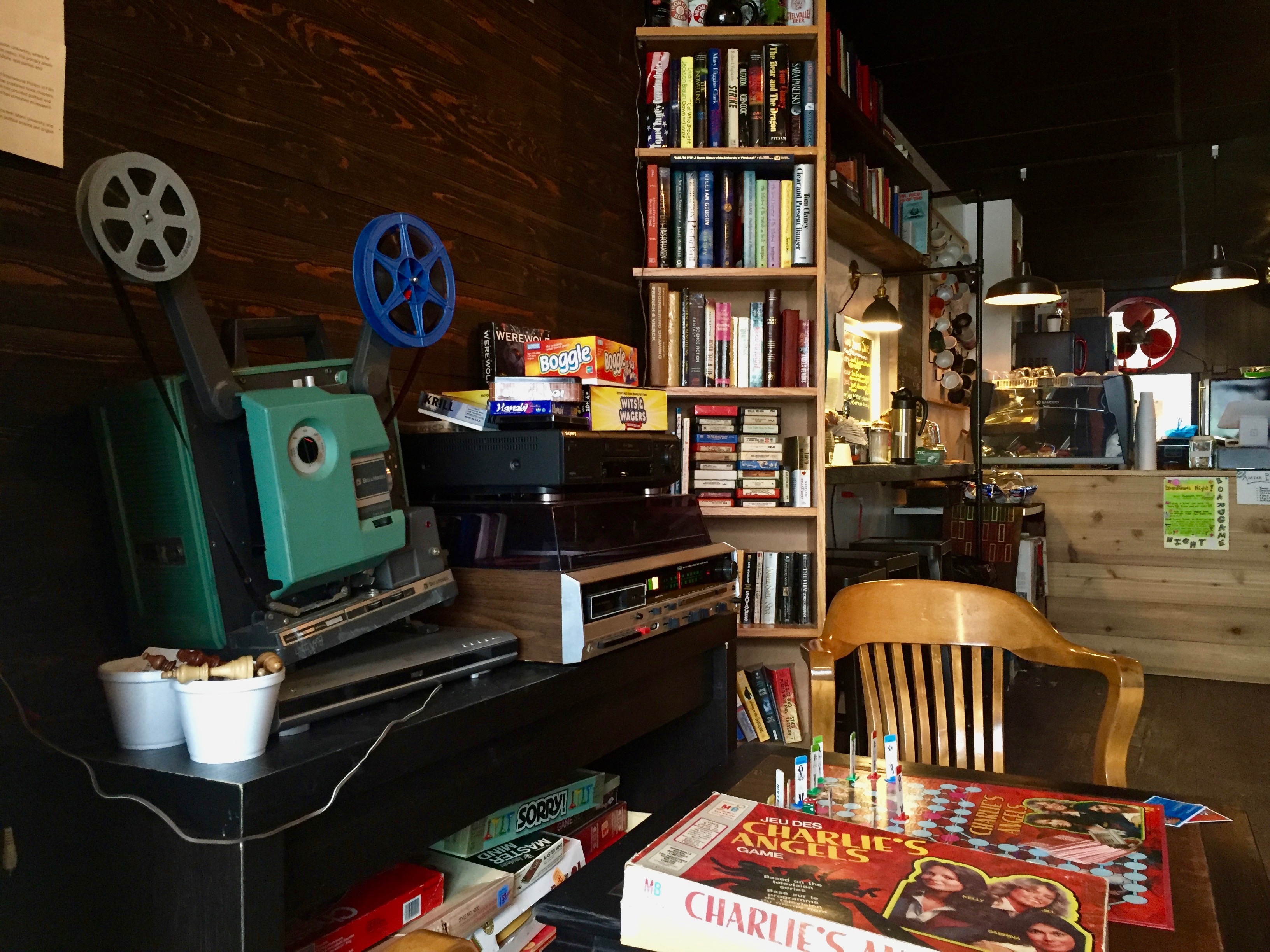 Located on a quiet street in Morningside just around the corner from the Pittsburgh Zoo, The Bookshelf Cafe is the brainchild of Jeremy Schillinger and Rungnapa Khanchalee, the Pittsburgh couple responsible for Thai Cottage in Regent Square.

“Asian food is intense,” says Schillinger, who plays well-traveled, down-to-earth host. He’s as quick to brew an herbal tea as he is to share his love for zombie movies. “You need to keep up with fresh vegetables and ingredients. There was allure to having a nice, laid-back coffee shop.”

Only four months old, the cafe has already earned a reputation in the community for good food and good vibes. It gets its name from the multitude of books that line the walls, free on a “take one, leave one” system or available for $1 to $3, with art books costing more. Because of the decor, standing inside the shop is like visiting the attic of your very hip grandfather.

Every day, the cafe serves a variety of coffees, espressos, and herbal teas, as well as two daily soups, baked goods, paninis, and salads. Also popular are two house-made breakfasts: a meatloaf with pork sausage, vegetables, egg, and a sriracha maple glaze, as well as the “amish breakfast,” a casserole with bacon, sausage, cheese, vegetables, and eggs.

While the food and service are terrific, the cafe has also garnered buzz for its eclectic lineup of events: every Monday night, from 5:00 to 9:00 PM, it holds 18+ Board Game Night: customers are free to use one of the myriad board games scattered around the shop, or bring their own. At times, everyone in attendance will get together to play a large group game, like Werewolf of Mafia. Every board game is welcome, from the family friendly to crass, the popular to the weird: last Monday, Schillinger says, a couple playing Boggle sat next to two men who played Epic, a turn-based fantasy trading card game.

On the third Thursday of every month, the cafe hosts a Musical Open Mic—January’s event saw twelve talented performers, almost all of whom lived in Morningside. Because of the event’s popularity, Schillinger and Khanchalee created a separate Spoken Word Open Mic, which takes place on the second Tuesday of every month.

Once a month, the cafe also hosts a Lecture Series that includes experts on a wide variety of topics: in February, Clarion University professor Dr. Kevan Yenerall will speak about the 2016 election from a non-partisan perspective; next month features Reverend David Troutman, who plans to speak on the historicity of Jesus Christ.

But perhaps most interesting is the event that’s launching in February 2016: starting on February 23rd, and repeating on the fourth Tuesday of every month, the cafe hosts Open Reel night, when Schillinger screens videos brought in by the community. Currently, he has the capability to play 16mm film, 8mm film, Super 8 film, dvd, and vhs. He also has hdmi cables, which allow him to play anything that can be shown on a computer.