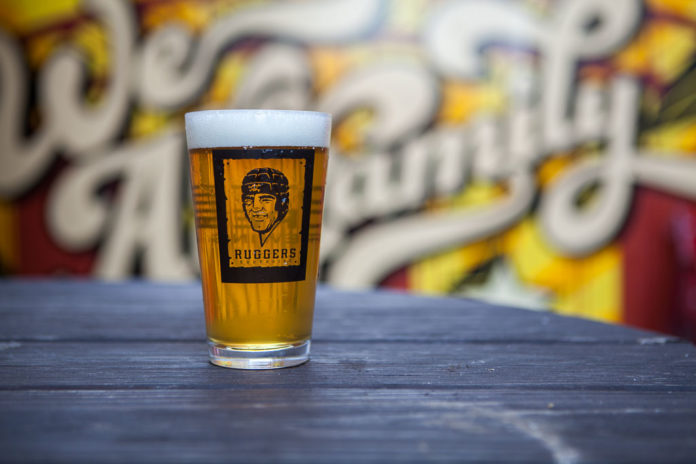 Stop in at Ruggers Pub on the South Side and you’ll rub elbows with a diverse clientele, from buttoned-up office workers and black-clad rockers to college students and guys with facial tattoos.

“It really is a melting pot,” Manager Alex Gordon says.

The bar is located off-the-beaten-path of East Carson, on the corner of S. 22nd and Wharton streets. This year marks its 20th anniversary.

Ruggers opened 20 years ago as a gathering place for the Pittsburgh Rugby Club (now known as the Pittsburgh Forge Rugby Club) and a tribute to member Edward Short, who died in a motorcycle accident. His jersey hangs on the wall next to team photographs and beer signs.

The club, which is open to anyone with an interest in the sport, is the largest in Pittsburgh, with more than 110 male members and 60 female players. 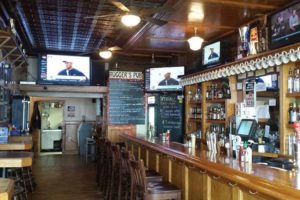 The clubhouse slowly morphed into a neighborhood joint, known for its high-energy punk shows, mouth-watering food, and dirt-cheap drink specials. Ruggers menu also features appetizers, wings, cheesesteaks, subs, quesadillas, and sandwiches. The three-tiered Reuben might just be the best in the city.

Head there on a Tuesday for half-price Burghers. These aren’t your average fast-food patties, but a half-pound of ground beef (or a black bean burger for you vegheads). Build your own or opt for a Ruggers specialty: a grilled cheese sandwich boasting American, Mozzarella and Swiss with a burger stuck in the middle of the ooey-gooey goodness. Each meal comes with deep-fried pickle chips. 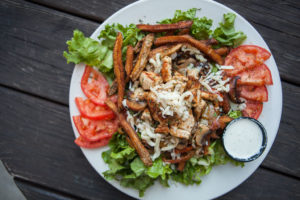 Wash it all down with a $5 shot-and-a-beer combo (this reporter suggests the Steel Hurtin’, an Iron City with a side of Slivovitz plum brandy). March’s featured pairing is a can of New Belgium with a shot of Old Crow.

Sara Lynn Ruth, owner of Saralynn Créatif, does marketing for the gourmet dive bar. She’s expanding the specials and promotions, making every day a reason to celebrate at Ruggers. 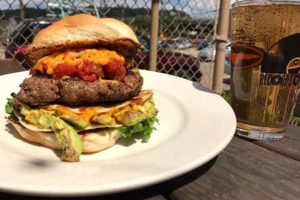 In addition to the Burgher special, Tuesdays feature $3.50 pints and you get to keep the glass! There’s Radical Trivia on Wednesdays and all craft drafts are $3.50 from 9 to 11 p.m.

Craft cans are $3 on Thursdays and come with a free coozie. During last summer’s White Claw shortage, Ruggers instituted Outclaw Fridays, featuring a $3.50 Truly draft with a shot of flavored Pinnacle vodka over ice. On Saturdays, the bar opens at 9 a.m. so you can watch live televised rugby games. Ruggers is one of only two bars in a 200-mile radius – Patrick’s Pub & Grille in Moon is the other one – that broadcasts the overseas action. There’s seating for about 40 people and a patio with an herb garden.

Ruth, a longtime patron, is already starting to plan a 20th anniversary blow out that will rage on the entire month of June.

“We’re going to have one hell of a party,” she says. “There’s something here for everyone. Ruggers can be your Cheers!