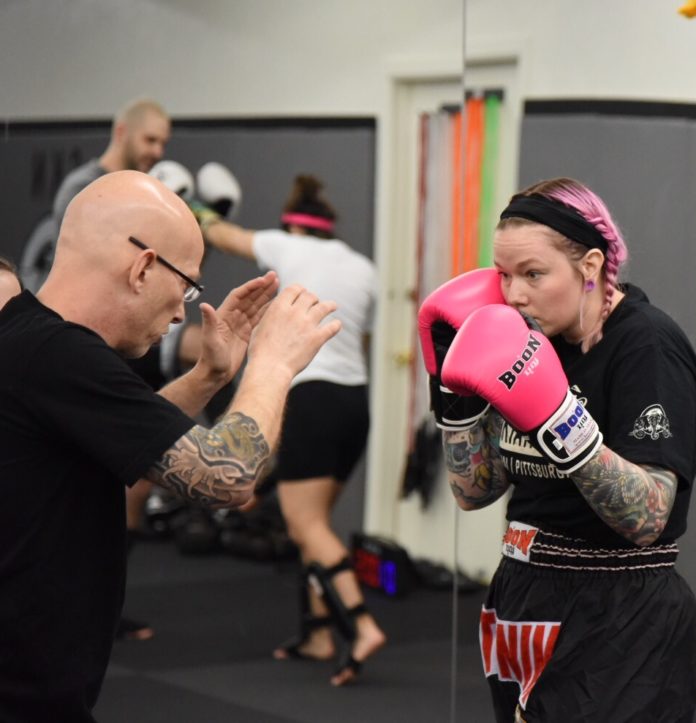 When Michael Seamans wears a T-shirt advertising his new Muay Thai gym, people run up to him to show off their sick moves and battle scars. 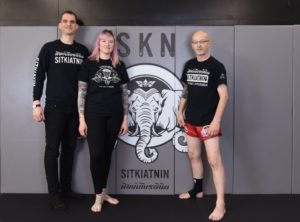 Although they’ve been operating since February, an official celebration will be held on Sunday, March 31 at 10 a.m. Monks from Wat Padhammaratana, a Thai Buddhist meditation center in Monroeville, will perform a blessing ceremony on the space and traditional Thai dancers will entertain the crowd. Afterward, the hosts will serve food and craft beer (Seamans, 37, who runs Mind Cure Records, also co-owns Spring Hill Brewery on the North Side).

The popularity of mixed martial arts fighting and the promise of a good workout may get people in the door, but Reese, the head trainer and a longtime disciple of the centuries-old sport, says they’ll stay for the camaraderie and culture. 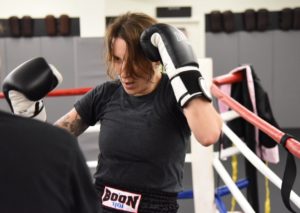 He lived in Thailand for seven years and trained at a Muay Thai camp, where children as young as 6 dedicate their lives to the practice, which is the national sport of Thailand.

“All it takes to do it well is being consistent. You come and train hard and you’ll get good things out of it,” says Reese, 56. “Kids in Thailand, they take the name of the camp as their last name.”

The Squirrel Hill establishment is named in honor of his longtime trainer. 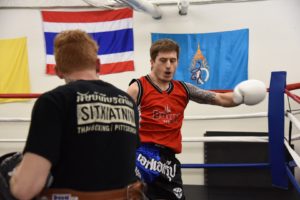 Open seven days a week, the training academy offers group classes and private lessons and a pro-shop so folks can stock up on Muay Thai gear, which, as Seamans can attest, is an immediate conversation starter.

Barr-Hartman, 35, has been involved in martial arts since she was a child, but found Muay Thai to be the most rewarding. Unlike its more mainstream counterpart, Thai boxing – often referred to as “The Art of Eight Limbs” – allows fighters to use their entire body as a weapon. There are no scantily clad “ring girls” prancing or music blaring in between rounds … the only things on display are hard work and respect.

“The sportsmanship is unlike anything else,” she says. “There’s no animosity. No antics. There’s a joyfulness and a playfulness about the way they are training. It felt distinct and beautiful to me.” 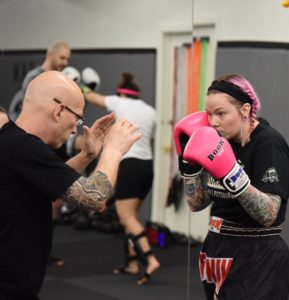 Sitkiatnin Muay Thai has a program specifically designed for women and plans to launch one for children this summer. The owners want everyone who walks through the door to feel safe and accepted.

Seamans, who grew up in the neighborhood, spent many hours in the space when it was a video rental shop called Heads Together. He feels at home there likens it to the record shop he operated in Polish Hill.

There are always people who hang out in a record store; they show up every day. You know their problems and you know what’s going on with them,” he explains. The people who find this sport need it in their lives. That’s what we want. That’s the environment we hope we’re creating for people.”