Growing up with the influences of punk music, local graphic designer Doug Dean has the genre to thank for getting him into design. He was first introduced to the field by Green Day’s album cover for their 1997 release, Nimrod. Almost 20 years later, Dean is now creating a piece of art a day, a project he has titled #30GreenDays. Using the power of social media, Dean hopes to grab the attention of Green Day fans with the ultimate goal of working with the band.

“[The album cover for] Nimrod blew my mind because it was the opposite of what I thought it would be. It wasn’t a drawing, it was a picture with a graphic and typography, all used together to create a message, and that’s what graphic design is.” -Doug Dean 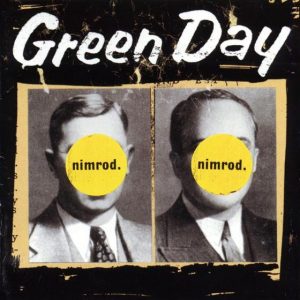 Dean describes his #30GreenDays project as a design experiment that re-imagines one Green Day song a day for the month of June, serving as a creative pitch for the chance to design their next album cover. It’s no secret that Green Day is currently working on a new album. Since no one knows for sure where they are in the process, Dean believes that they could in fact already have their designs finalized. Even so, that hasn’t stopped him from taking a chance and putting his work out there.

The process began when Dean reached out to Larry Livermore, who founded Lookout Records and discovered Green Day. Livermore gave him the idea to do something on social media, to get the fans’ attention first. So Dean accepted the challenge and fans have been sharing their thoughts. Although some mixed reactions from them, Dean considers anyone who is talking about the project a win in his book.

“It’s an idea to have a consistent feed of art that keeps people’s interest up for a whole month. That’s a nice challenge on my perspective to come up with ideas quickly and really flex creative muscles. It’s one unifying thing that people can point back to and share, which is a major drive in the success of this [project].” -Doug Dean

Some of the most popular pieces so far have been ones that are most relatable to the audience. That includes “American Idiot,” which features Donald Trump as the main focus; “Jesus of Suburbia,” a more minimal black and white piece where a cross resembles a syringe, tapping into the current state of heroin use; and “21 Guns,” influenced by the Orlando shooting, where Dean replaced an explosion of bullets with flowers. A subtle, yet needed take on the violence happening in the world.

Dean has expressed that he would also like to someday work with Against Me, NOFX, and Blink-182. Despite Dean’s desire to work with bands of such high notoriety, the artist has already created album art for established musicians like the cover he designed for Anti-Flag’s 2015 album, American Spring.

“American Spring was such a personal record for them; I think we were able to click and do something that turned out really beautiful… The band [pushed] in a new direction, it was a risk that paid off, and the reward was seeing their fans embrace it.” -Doug Dean

Whether Doug Dean is creating album art that results in fans getting his work permanently tattooed on them, or making a piece that results in negative comments being posted to a community fan board, he continues to take any publicity as good publicity. Deans says that “no matter how crazy something sounds, don’t let the fear drive you to not doing it, embrace the fear and make that the reason to do it”. Dean has embraced the fear of having someone not appreciate his art and knows that it can’t stop him from doing the work he wants to do.

You can find more of Doug Dean’s projects and work by following the links below.