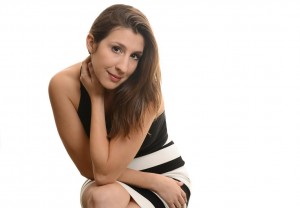 Rachel B has been making music for as long as she can remember. Born and raised in Traverse City, Michigan, her music career is now under the spotlight in the Pittsburgh area. From writing songs during her lunch period in high school to writing in the studio on Friday nights, her passion resonates through her soulful tunes and thought-provoking lyrics.

At a young age the aspiring singer studied Classical Voice at Interlochen Arts Academy. She then went on to Berklee College of Music and has had her music featured on shows such as General Hospital and NPR. She says, “It’s [music] helped me in becoming the boss of my own life. That’s basically the message I hope to send out; find something you love and pave your own way. I want to be a resilient individual that thinks for myself and puts love out into the world with my music. I hope it inspires others to do the same.” Since her move to Pittsburgh she’s been doing just that.

After playing at SixThreeFour Studio during her first national tour a little over a year ago, Rachel B decided to make the move from Los Angeles to Pittsburgh with the help of her production partner Billy Castle. “It’s hands down the best decision I’ve ever made. I love this city. I love the people, the sense of community and the genuine energy that surrounds it”, she said. Connecting with people is something that influences her more than anything. “I’m grateful to live in such an amazing city.”

She has played shows in an array of venues from music halls to festivals and bars to opera houses. With just one listen you will notice hints of influence from classical jazz, Motown, and even more soul artists such as Ella Fitzgerald, Minnie Riperton, Nina Simone, and the Supremes. The lyrical songwriting has heavy contemporary connections to female artists such as Amy Winehouse, Norah Jones, Alicia Keys, and Adele. Rachel B is on her way to becoming a household name like many of her musical influences.

While her music career has been a long time coming, she’s exploring new territory with a newly released music video for her single “I’m The Boss”. During the video’s production Rachel B and her friends worked with Pittsburgh-based companies such as DiGiorgio Associates and Carpio Pictures. Rachel told LOCAL, “As Creatively speaking, making a video is completely different from writing a song. Writing for me is more introspective and delicate, while creating a video is all about letting go and bringing the song to life!” The singer hopes to continue producing more music videos and expanding her creative palette as her music career continues to blossom.

As for the future, Rachel B says, “We’ve got some great things in store for 2016. I can’t wait to share all that’s to come.” Rachel B’s debut EP was self-released in 2014 and now her first full-length studio album is being released this March. More touring and a variety of local Pittsburgh shows are on the schedule throughout the rest of this year. Be sure to check out RachelBMusic.com to watch Rachel B’s newest music video, find the show schedule, and stay updated on her music progress.