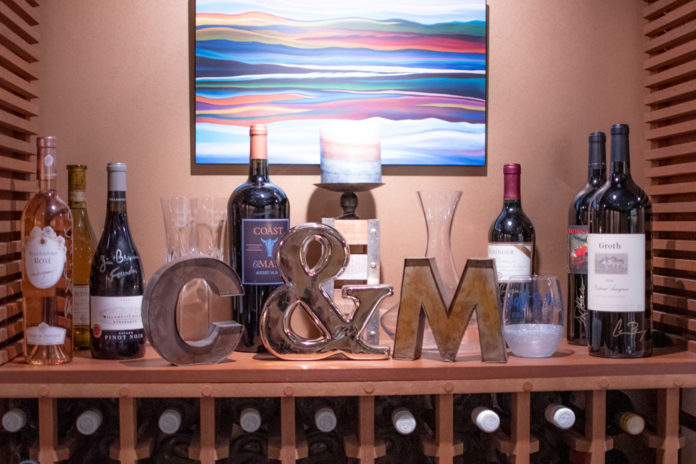 Coast & Main, an upscale restaurant specializing in meat and seafood, is located at The District at The Monroeville Mall.

This isn’t food court grub; it’s fine dining West Coast-style.
“The product we offer is unique,” Kirsop says. “People will be amazed by the difference between a West Coast oyster versus one from the East Coast. The specialty items I bring in from the Pacific Northwest you won’t find anywhere else in Pittsburgh.”
The menu features certified Angus beef and fresh fish delivered daily. For carnivores, there’s center-cut filet mignon, bone-in ribeye, a 22-ounce porterhouse and a New York strip. Seafood fans can immerse themselves in savory dishes such as swordfish stuffed with feta cheese, crab, arugula and roasted peppers, baked lobster tail and sole Romano accompanied by wilted arugula and pancetta.

If there’s still room left in your belly after the meal, order a house-made dessert. The triple-layered chocolate cake with

warm ganache will satisfy any sweet tooth.
Kirsop prides himself on making everything from scratch, right down to the fresh-squeezed juices that go into the restaurant’s signature cocktails. In addition to boozy offerings, bar patrons can order smaller bites, such as shrimp tacos, crab dip and steamed mussels while they sip. Happy hour runs Monday through Friday from 4 to 6:30 p.m.

Open for lunch and dinner (there’s even a kids’ menu designed by Kirsop’s 9-year-old daughter), Coast and Main boasts seating for 260. You might even get a table in the wine room, which is stocked with many bottles from California, Oregon and Washington state.

Kirsop grew up in Portland, Ore., where he was drawn to the sea and the forest. He got his start in the restaurant industry at age 15 when he took a job at a mom-and-pop pizza joint. In addition to pies, the place was known for its fresh pasta dishes. The experience inspired him to attend culinary school. At 23, he became an executive chef, won numerous awards and later worked for Portland-based McCormick and Schmick’s Seafood Restaurant. He helped open the chain’s South Side location in 2005.

The lifelong Steelers fan is happy to be in the ‘burgh, where he believes the foodie scene is on par with New York’s and Chicago’s. More than a decade ago, Kirsop created Savor Pittsburgh, the city’s largest culinary competition. During the annual event, Pittsburgh’s finest chefs come up with a recipe and vie for the honor of “Dish of the Year.” This year’s showdown will be held Sept. 26 at the Petersen Events Center. Proceeds will be used to support women’s and infants’ health research through Magee-Womens Research Institute & Foundation.

Cooking for a worthy cause is important to Kirsop.
“One of my proudest accomplishments is bringing that event to Pittsburgh,” he says.