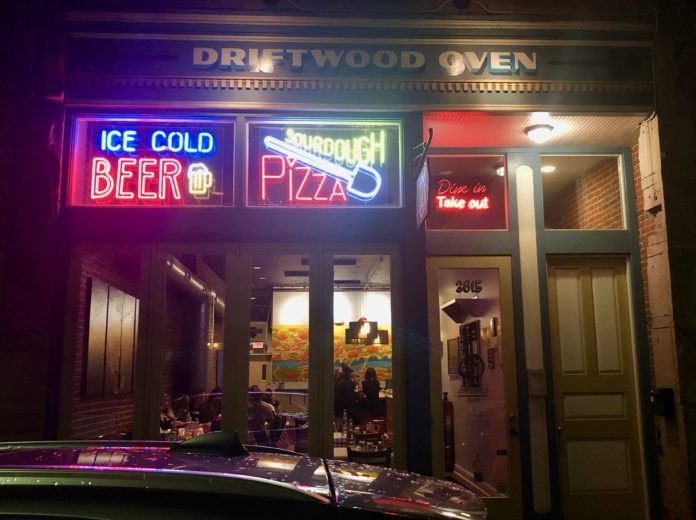 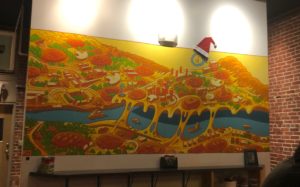 On the back wall of Driftwood Oven is a mural by artist Joe Mruk depicting the city of Pittsburgh as a large, gooey pizza. One of the slices is elevated, showing the length of the city from the Point to Driftwood’s location in Lawrenceville. Before opening a permanent home, owners Neil Blazin and Justin Vetter roamed the city with a mobile pizza oven, setting up at breweries and events to dish out their distinctive sourdough pizza. Now, with a home base, the pair has expanded their offerings with mortadella sandwiches, soups and salads, and a sourdough bread share. 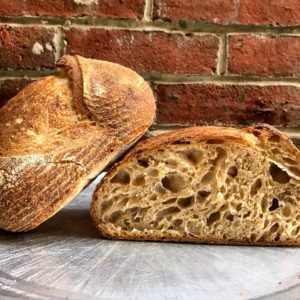 The cultivation of their sourdough starter is the root of their operations. Blazin began the lifelong pursuit of breadmaking while working at Legume Bistro in Oakland, utilizing a slow fermentation to build flavor with baking methods that result in a crispy outside and a chewy inside. Sourdough is also the foundation upon which the Driftwood kitchen builds pizzas like the “Major Tom” with finocchiona and morita chili oil or “A Mason’s Best Friend” with its mortadella and spicy pickled pepper toppings.

The move to a permanent location provides a natural pickup spot for their bread share. For six weeks, patrons can stop by the restaurant to pick up their weekly loaf. The subscription plan allows the kitchen crew to experiment with breads, from porridge bread, spent-grain bread, or olive and parmesan, while also eliminating the possibility of waste, since the demand is known beforehand. 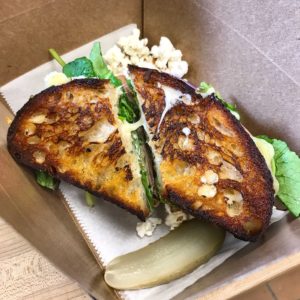 Driftwood Oven works with a number of local farms for food sourcing–organic flours from Weatherbury Farms and Frankferd Farms, vegetables from Tiny Seed Farms and Who Cooks For You Farm, among others. The commitment to quality sourcing is part of the restaurant’s commitment to running an ethical business, a trait that no doubt factored into their 2018 nomination for Bon Appetit’s Top 10 restaurants. 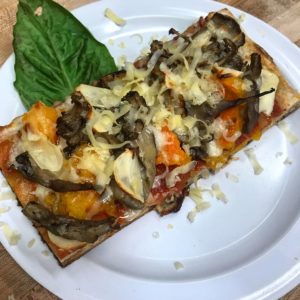 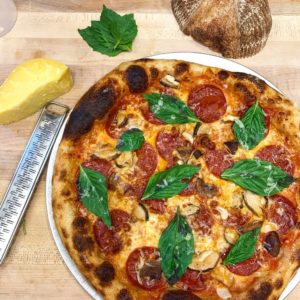