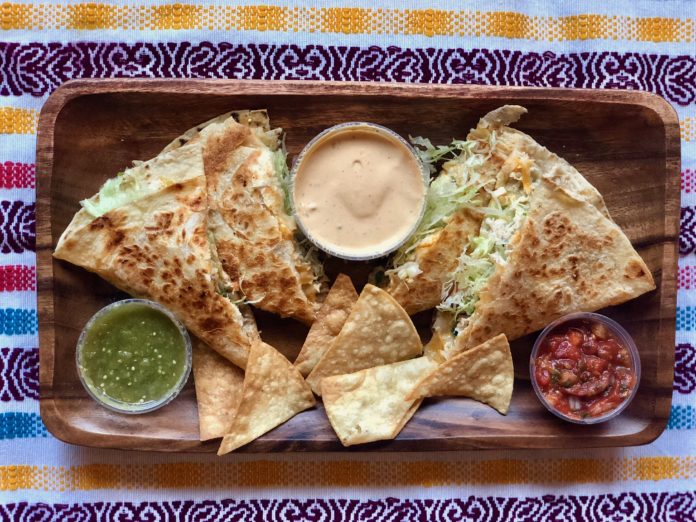 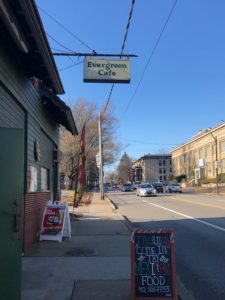 The Evergreen Bar was originally opened in Wilkinsburg, but it was then relocated to Point Breeze in 1933 after Prohibition was lifted. In 1956 it was sold to the current owners, and now operated by a second generation. In another city the Evergreen Cafe maybe called a dive bar but in Pittsburgh we consider it a neighborhood gathering spot. A shot and beer bar in which generations of the same family stop for a beer, some food and probably to argue about whichever Pittsburgh team is playing.

The Evergreen Cafe has kept things simple over the years, a comforting “club” for the locals of Point Breeze. Up until a few years ago, Phil, the current owner worked the kitchen, and if he wasn’t in, you weren’t eating. Bar food; burgers, hot dogs, soup and anything you could put in a fryer have remained on the menu for years. Since his family took the Evergreen over the menu has always been simple. Phil, who starting in the kitchen at 12, reminisces making ham sandwiches for local workers, back when Pittsburgh was a three shift city. The workers would run over during their lunch break. The mainstay was white bread, cheese, and ham washed down with a shot and local beer. Well, three weeks ago that all changed. 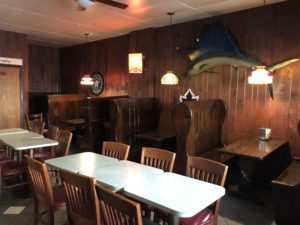 The Evergreen has partnered up with Taquito’s to run the kitchen. After operating a food truck on Penn Avenue, next to Spak Brothers Pizza, for three years the family decided to look for a more permanent spot. The Evergreen Cafe, known more as a bar, has a separate dining area away from the bar which went smoke free in 2016, and is family friendly.

The menu will be very similar to their food truck. Taquito’s is best known in Pittsburgh for its fresh, authentic, delicious dishes, at a great price. This is a family run operation and it shows in the friendly service and desire to please. Authentic Mexican food is largely about sauces with up to 8 choices and you will not be disappointed. Included among the many traditional dishes are a number of vegetarian options as well. And for you second and third generation locals, you can still get some of the old menu items, they just might have a bit of a kick.

Maybe in 2019 a beer and shot will go best with a taco and some chips. 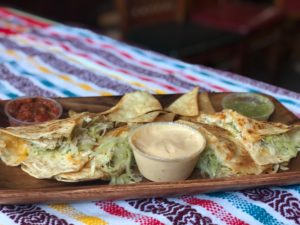 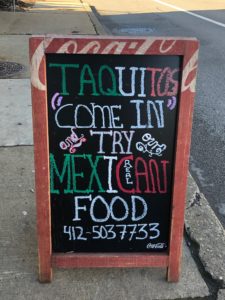 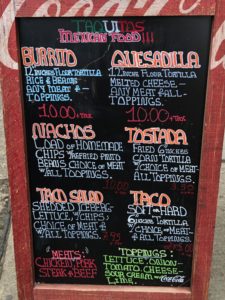 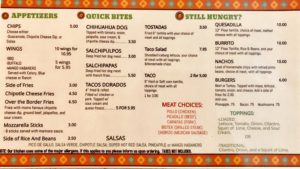