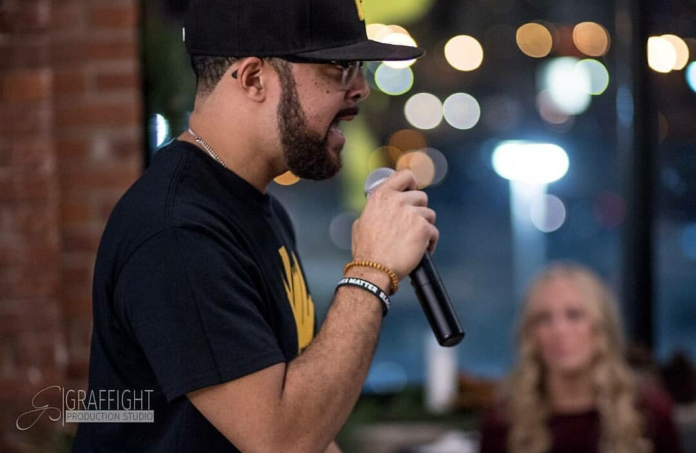 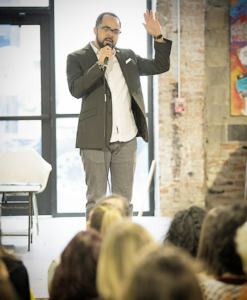 This year, Julius did something scary. He shared his own struggle on social media.

“As a trusted community member, I was hesitant to share this publicly for fear of being judged, ridiculed, and ostracized. At some point, I realized that suffering in silence doesn’t help any of us heal our wounds,” he wrote. In his Facebook post, Julius admitted to struggling with thoughts of suicide and other symptoms related to depression. Julius’s post also described the duality of presenting a stable exterior to the world, while struggling to maintain stability on the interior. “Those of us who may appear to be doing well externally are oftentimes crumbling on the inside. Please understand that as we’re processing traumatic events, asking for support can feel impossible,” he wrote. 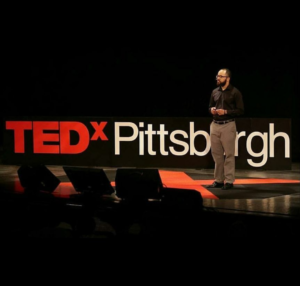 Julius hit “share” and waited. Soon, messages and comments of overwhelming support poured in. Julius realized that he was not alone and that his community had his back. He experienced catharsis, and above all else, hope.

Over and over again his community told him that he was loved.

At first, Julius didn’t understand the power of storytelling when he started doing this work.

“The first conversation I had out on the streets, I was ridiculously nervous. I didn’t know what to expect but I knew I wanted to be very, very open and transparent about my own story,” Julius said. 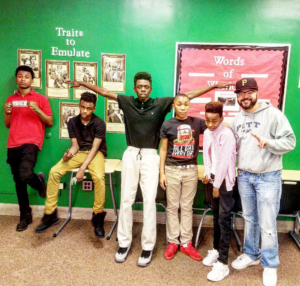 While Julius wholly believes in clinically-sound therapeutic practices and their benefits, his training had always emphasized taking oneself out of the equation when talking to patients. Meaning, don’t tell your story. Julius realized that “as someone with lived experience, as a black male, as a mental health professional, whenever I started to share my own personal experiences about myself, my friends and my current and past challenges, it was almost like magic.” He would tell his story to someone and say, “We would love to hear your story, too.” And people responded. People started talking and admitting to their struggle 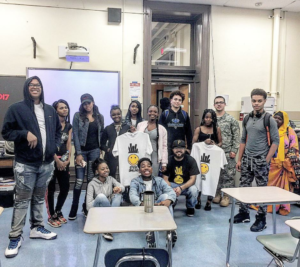 Julius’s journey into his work was also catapulted after a close friend lost his battle with mental illness a few years ago. To do this day, Julius carries his friend’s story, hoping to offer stability and kinship to others who are struggling. He said that Steel Smiling is an effort to honor his best friend’s legacy. “It’s still difficult for me to really explain the impact it had and continues to have on me because grief is such a complicated process. It’s one of those life experiences that is eye-opening, grounding and inspiring all at the same time.”

Julius obtained his master’s in social work from the University of Pittsburgh. He is also certified mental health first aide. Julius has worked as a licensed social worker, a community-based therapist and an outpatient therapist. It was working within the system that lead him to the question: “Who is doing the preventative work?” Julius wanted to empower people to become active mental health advocates and liaisons for themselves. He believes it is our duty to reach out and ask people how they are doing. It is our duty to offer empathy and understanding. 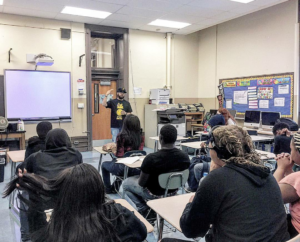 advocacy, awareness, education to it’s users. This technological platform will start local and regionally and better connect people to mental health resources and treatment. Steel Smiling is still in the beginning stage of development. “In the research I’ve done, I’ve realized that technology can be a really, really great tool to connect people to resources.” The mobile or web app will also help users share their stories. Julius wants the technology to be an extension of the outreach his organization provides. The technology will have the same intentionality. He wants users to feel comfortable accessing the technology and hopes it will encourage them to share their personal stories.

“Take the care and the treatment to the people” is how Julius describes Steel Smiling’s efforts.

His organization isn’t providing clinical support to individuals, but instead, bridges the gap to help folks get access to treatment. But, folks also need to be educated about that access: what is treatment like? What are mental health facilities like? What steps will you take with your therapist. Steel Smiling helps prepare future patients and guides them through their treatment process.

Julius said one of the biggest challenges is getting folks from low income areas to get treatment and stick with it. “One of the biggest problems is that when individuals come into the mental health care system to get support, if they’ve had limited exposure or education or knowledge about what to expect, they typically don’t stick with treatment for long.”

Julius talked about people who get court recommended mental health treatment or those who feel “forced” to enter the system: “You don’t have the opportunity to own your story and own your process.”

Steel Smiling’s meetings help individuals find a common thread and struggle within their community. And maybe a month later, a community member who attended the conversation will call Steel Smiling to finally say, “I need a therapist.”

Steel Smiling has community conversations and awareness events planned through summer and fall of this year. To learn more please visit www.steelsmilingpgh.org and LIKE their Facebook Page @SteelSmilingPGH.

To view the complete issue….. see below or https://issuu.com/jeffrose3/docs/local_issue18_full_web