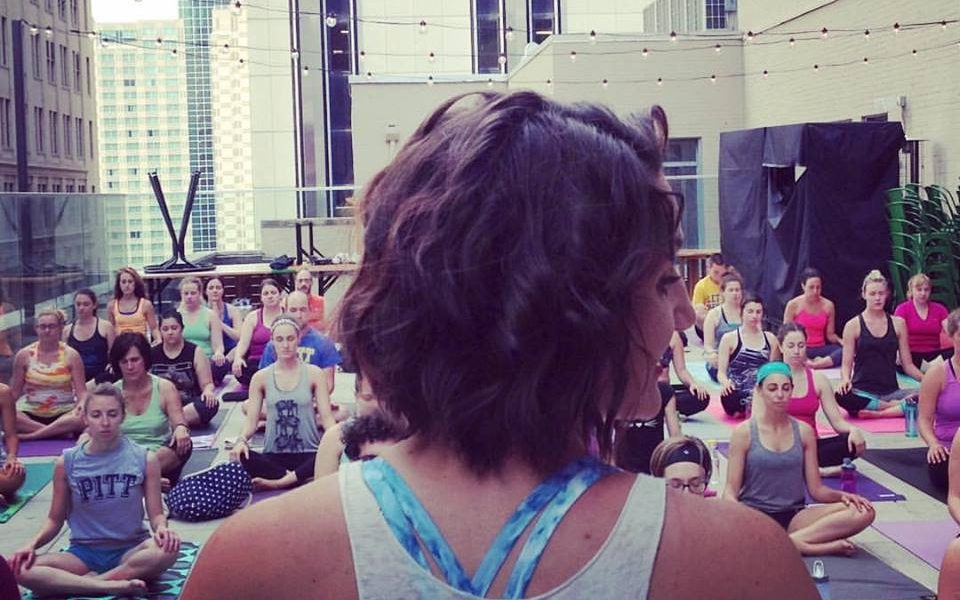 Life has a way of throwing curveballs our way, even when we’re not prepared to hit the freaking things. Often times, we have to adapt and overcome, not shielding ourselves from the pain or trauma, but simply accepting our fate and choosing to make it better or worse. Well, Janna Hockenjos (Leyde) made it better, and then some.

After her father was in a horrific car accident, she grew up with the reality of his injury, and how it affected his daily life, but also the quality he was missing through a connection with his physical and mental self. Something was broken, but not irrevocably.

Hockenjos turned to yoga, and yoga answered in a big way. While at graduate school in NYC, she fell in love with the simple tranquility yoga provided her. The connectivity between mind, body, and spirit caused her to question whether the ancient Indian art could help rehabilitate her father, or at least give him something back he had lost so many years ago.

After a hesitant start, her father began to improve. His overall personality started to shift as he became more focused and compassionate. It was a win, but she didn’t stop there. Hockenjos, who is also a writer, penned a book chronicling her father’s struggle with a traumatic brain injury, titled, He Never Liked Cake.

Later she released her second book, Move Feel Think: Yoga for Brain Injury, PTSD, and Other Forms of Trauma.

Hockenjos is now a full-time yoga instructor and business owner, teaching Vinyasa to traditional students, and offering specialized classes for those with PTSD and TBI (Traumatic Brain Injury). She has also become a highly sought after resource for treating brain injuries through non-traditional practices, and will serve as the Keynote Speaker for The Fearless Warrior Yoga Conference on October 9th.

“A routine yoga practice has cognitive, emotional, and behavioral benefits that people are now recognizing,” she says. “I am simply grateful to be the vehicle to bring those who live with brain injury some slice of relief, even if it’s just a viable distraction from the pain, even if it’s just something new for them to focus on, even if it becomes a true catalyst into a new journey of healing.”

For more information on Janna Hockenjos, visit her at www.jannahockenjos.com