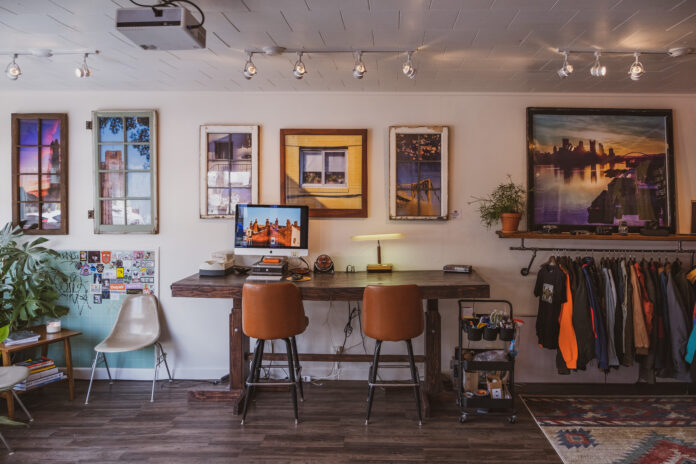 Pat Bruener is going for broke with Bankrupt Bodega.

In April he opened the business at 4120 Main Street in Bloomfield. It’s a retail shop/art gallery/event space/film processing lab all packed into 300 square feet. 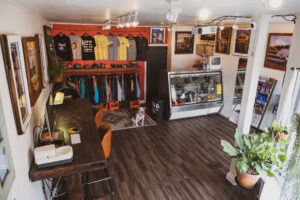 “The shop is literally a dream come true for me, and I mean literally like I’ve had vivid dreams picturing what my shop would look like years ago,” says Bruener, a photographer who launched the Bankrupt Bodega brand in 2018 by selling T-shirts and prints online and at local festivals.

Historically, bodegas are ethnic enclaves and community hubs where people could buy necessary goods, but also form relationships. The rise in popularity of big box stores and online shopping has all but wiped out good ol’ mom-and-pop shops.

With the opening of Bankrupt Bodega, Bruener is hoping to bring a more personal touch to the shopping experience and give back to a local charity. 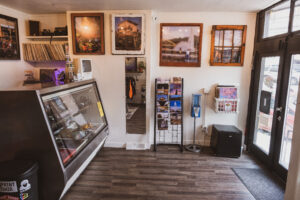 Inside the shop – which Bruener renovated himself with the help of some friends – customers will find custom clothing, photo prints and framed pieces, an assortment of film cameras and film and other goodies.

A percentage of proceeds from every sale goes to an area nonprofit organization. The store will also sponsor events like last year’s 412 Miles for 412 Food Rescue bike ride, which raised nearly $10,000 in 2020.

It also will offer services such as film processing under the name Bodega Film Lab and artwork photography for local artists looking to digitize their creations. In the future, Bruener would like to host photography classes and workshops. 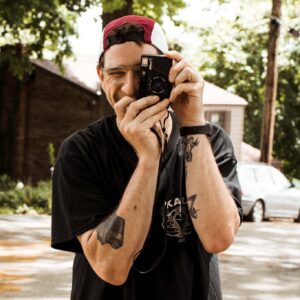 He first got into picture-taking when he was a kid playing around with a cheap point-and-shoot. One Christmas, Bruener’s dad gave him his old Minolta 35mm film camera and he fell in love with the process, which is much more hands-on than simply holding up your phone and pressing a button.

With his camera in tow, Bruener toured with the band The Clock Reads and built a name for himself as a concert photographer.

He’s spreading his love for the art form through Bankrupt Bodega while helping photogs and other creative types make money from their passions. This summer, he’s planning to host gallery shows at the new storefront featuring only local photographers’ work.
“I have been developing film for myself for over 10 years,” Bruener says. “And when the pandemic came about, I needed some extra money so decided to try and offer film developing as a service for friends. And then I realized how well it fits into the branding of the clothing business I already had going, so I called it Bodega Film Lab, made an order form and put it out on the web and the response has been great! I have over 100 clients now and the business continues to grow daily.”
If artists want to become part of Bankrupt Bodega, they can send Bruener a message or, do it the old-fashioned way, and stop by the shop.