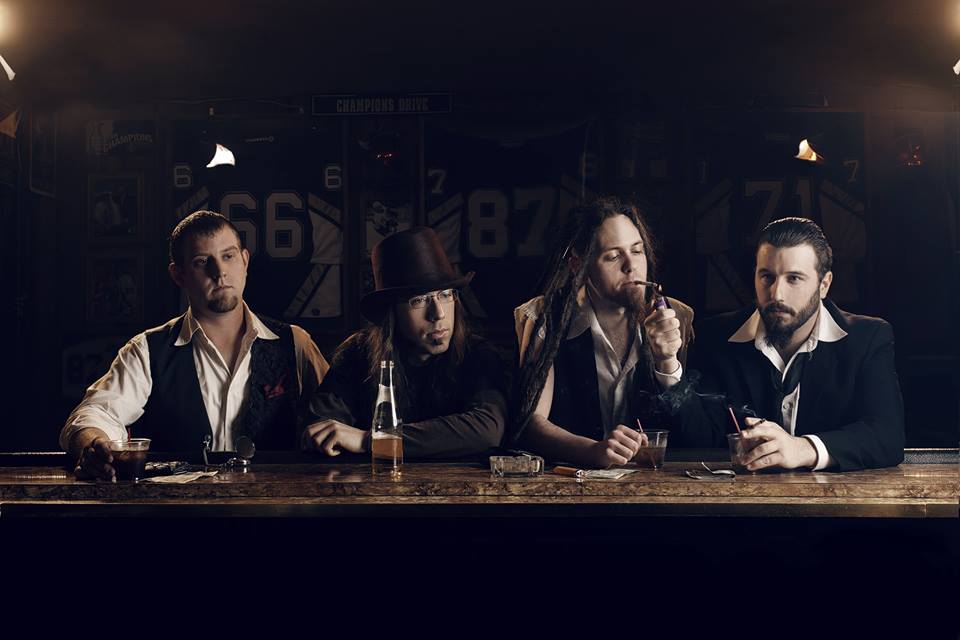 The Existential Gentlemen (TEG), a “sideshow” hard rock band that burst onto the scene in 2008, produces an eclectic old-timey rock sound with the visuals of a Marylin Manson after-party mixed with a bad day at the fair. The overall sound of the band is heavy-hitting and eerie, but understandable with the crisp vocals of front man, Erich Zann. His voice is raspy, very reminiscent of Metallica and Disturbed, but much, much softer.

While the band has the right theme going with the barber shop quartet from hell, the musical arrangements and overall delivery are just a few notes away from greatness. The songs fall a little short on the rage-o-meter. The whole experience can be mundane and somewhat tepid at times, lacking the gut wrenching emotionally distraught nature that evokes emo kids from around the world to scream into their mirrors. However, the band does sound 100% better live than through their studio stuff.

With that said, TEG has potential, there aren’t many blazing deficiencies in their chemical make up, other than some not so great producing and delivery.

My recommendation, give them a listen on YouTube, search their live music, you’ll find their sound deviously carnivally. I know that’s not a real word, but now it is.